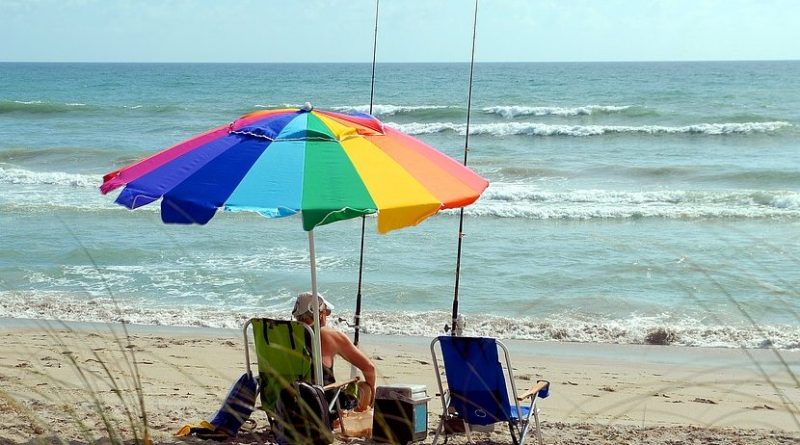 Referring to someone as a sociopath is strong language. After all, just between 3 and 5 percent of Americans are really sociopaths , people who initially seem charming, but, due to bad neurological wiring, lack a conscience and are unable to feel remorse. They are exceptional liars and cheats, and have no capacity to feel guilt.

But according to author and multi-millionaire tech hedge fund manager, Bruce Cannon Gibney, anyone born between 1946 and 1964 (baby boomers) that are still living are sociopaths.

“There is something wrong with the Boomers and there has been for a long time,” writes Gibney in the forward to A Generation of Sociopaths: How the Baby Boomers Betrayed America and the author’s beatings continue for 400-plus pages.

He doesn’t let any of us Boomers off the hook, but really focuses on “generational representatives like Bill Clinton, Newt Gingrich, George W. Bush, Donald Trump, and Dennis Hastert–a stew of philanderers, draft dodgers, tax avoiders, incompetents, hypocrites, holders of high office censured for ethics violations, a sociopathic sundae whose squalid cherry was provided in 2016 by Hastert’s admission of child molestation, itself a grotesque metaphor for Boomer policies.”

Gibney’s point being us Boomers are molesting younger generations because Social Security and Medicare might remain solvent just long enough for Boomers, but no one else, to collect. And, the author preaches from the environmentalist good book every chance he gets. Any skepticism about climate change is viewed as having “negative feelings about reality and science” because, for Boomers, sacrifices for the environment are, “incompatible with sociopathic desires.”

Boomers didn’t have a chance because their moms read Dr. Spock, were too easy on their kids, and parked us in front of the television. “TV’s essential characteristics make it the perfect education for sociopaths, facilitating deceit, acquisitiveness, intransigence, and validating a worldview only loosely tethered to reality,” the author opines. The current president’s obsession with TV watching is thrown in as a prime example.

Along comes chapter six, “Disco and the Roots of Neoliberalism,” and who is quoted in the chapter’s pre-matter? Ludwig von Mises. “Everybody thinks of economics whether he is aware of it or not. In joining a political party and in casting his ballot, the citizen implicitly takes a stand upon essential economic theories.”

Gibney writes that Boomer neoliberalism “is more free market à la carte.” Who knew that Boomers had the government doing “a dead minimum, limiting itself to arbitration of disputes, national defense, and the supply of a few public works like the post.”

The author would have us believe that Boomer liberalism was put in place coast-to-coast and laissez faire has ruled the day. Gibney writes of the “capitalist utopia…the omega point of the modern neoliberal revolution. This is what the various neoliberal acolytes (the saints Paul: Ryan, Rand, Ron) are excited about, smacked on the head by Atlas Shrugged on their roads to Washington.” He even contends the Mont Pelerin Society has been influential.

Mention is made of “Austrians” and the “Chicago School” that both believe government should get out of the way and let individuals take care of themselves. The author contends that “neoliberalism depends upon key and problematic assumptions: that individuals are rational, prudent, and informed, and that they therefore can be relied upon to meet their own needs.”

However, citing Amos Tversky and Daniel Kahneman, not all humans are rational. Humans are not homoeconomicus, but insteadhomosapiens, with Boomers being, in his view, homossociopathicus.

However, Gibney’s lumping together of the Chicago School and Austrians misses the mark. In Mises’s view, economics doesn’t deal with homoeconomicus at all, but with homoaagens: man “as he really is, often weak, stupid, inconsiderate, and badly instructed.”

In Epistemological Problems of Economics, Ludwig von Mises explains that the homoeconomicus would be the perfect businessman, conducting an enterprise for maximum profit: “By means of diligence and attention to business he strives to eliminate all sources of error so that the results of his action are not prejudiced by ignorance, neglectfulness, mistakes, and the like.”

However, Mises continued, “It did not escape even the classical economists that the economizing individual as a party engaged in trade does not always and cannot always remain true to the principles governing the businessman, that he is not omniscient, that he can err, and that, under certain conditions, he even prefers his comfort to a profit-making business.”

Government and its budgets, debt, and intrusiveness have done nothing but grow under Boomer leadership, despite Gibney’s chapter musing about free market philosophies.

The author rants that Boomers don’t save enough, while aborting, divorcing, and overeating too much. Boomers caused; high inflation, crime, poor educational standards, the setting of corporate tax rates, the hiring of adjunct professors, not replacing the crumbling infrastructure, and avoided doing their wartime duty.

He summarizes, “the whole idea of Boomers as Good People is absurd,” and “The Boomers deserve America’s displeasure and they ought to repay what they can.” What the author most wants is for Boomers to pay higher taxes.

Ironically, in his hedge fund days Gibney worked for Peter Thiel who, just so happens to have more than a passing interest in the work of Hans-Hermann Hoppe. Rather than blame Boomers for all of America’s societal ills, Hoppe blames democracy and its increasing of society’s time preference in his book Democracy: The God that Failed.

Instead of a societal falling time preference, government intrusion causes an increased time preference. Instead of savings, capital formation and increasing civilization, the process is “reversed by a tendency toward decivilization: formerly provident providers will be turned into drunks or daydreamers, adults into children, civilized men into barbarians, and producers into criminals.”

The illusion of democracy, that the government is us, means “public resistance against government power is systematically weakened.”

So, what has caused America’s demise: Dr. Spock, TV and the Boomers, or was it democracy?

*About the author: Douglas French is former president of the Mises Institute, author of Early Speculative Bubbles & Increases in the Money Supply , and author of Walk Away: The Rise and Fall of the Home-Ownership Myth. He received his master’s degree in economics from UNLV, studying under both Professor Murray Rothbard and Professor Hans-Hermann Hoppe.