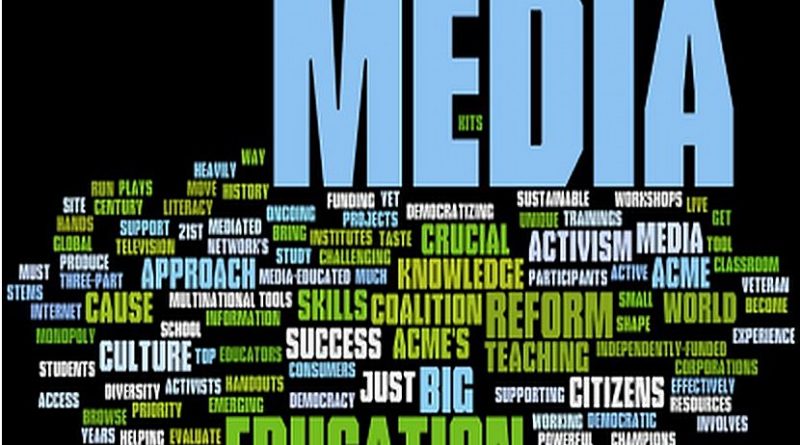 Media messages are carefully formulated by their creators, unless it is civilian journalism1 which has emerged as a form of presentation of media content without the conditioned appearances of an organization, but is often generated by events that are suddenly and unplanned (The attack in Paris, 2015)2, for which we need a special study, but it should be emphasized that this form of civic (non)awakening is also conditioned by the appropriate media literacy.

Within media education, it is necessary to develop skills that help to look below the surface of media messages to understand the way in which they are designed. Media messages, news, information are the form of presentation of events and ideas. The problem of real-time events within postmodern – understanding of media literacy – is that manipulations can be minimized if people are involved in information exchange also technologically educated. Namely, the media technologically educated person has the advantage of the other because he/she knows how to arrive and check, using new technologies, all the information that comes to him/her daily through the all “vessels” of media appearances.

It is necessary to work on creating the assumptions of media education aimed at developing the skills of translating3 the presented texts, news and information so that they can demonstrate the difference between reality and the presented reality. The audience, at the same time, certainly negotiates the meanings within the media. What is it about? The audience is interacting with the media text in a way that is unique4 to a specific audience in relation to a concrete example of media text. Everything is happening in an idiosyncratic way. 5

Alternatives for the “facts“

One part of the audience, without questioning, accepts immediately “on the first”, while the other part of the audience refuses media text, disagreeing and not approving the messages from media text, considering it undesirable and/or unpleasant. At the same time, a third audience, uncertain whether to accept or reject media text, will try, through specific questions, to come to conclusions, seeking the opinion of others and/or finding other stands on the subject, creating assumptions for their own, final, conclusion. Media educated personalities should be open to different interpretations of the media text and be aware that reaction to the text itself is a common product of the medium text itself but also what the audience, to whom it is intended, enters into it based on their’s own life experiences.

The media also have commercial implications – one of the most important goals of the media in today’s burdened society, on planet Earth, with neo-liberalism, globalization, and populism, is also the promotion of consumerism. Media literate person, even while enjoying the reading of the magazine/portal that he/she considers to be the best for him/her, is to know how to differentiate media texts that are designed for the public with the aim of delivering commercials of certain products than those ones that are referring to the usual media coverage of the general public on certain issues.

The media certainly contain both ideological and valuable messages – if we only take the example of the realization of the Hollywood Dream through the movie, where there is always present happy end and where love wins, it is enough to realize that there are valuable messages within the media texts. Media literate will even be able to make and differentiate at certain Radio/TV stations, newspapers and/or magazines/portals by “reading and watching” them as a representative of a certain ideological appearance. At the same time, the media have a social and political meaning & message & implication – the media literate person will certainly be able to recognize the appropriate positive, although also negative orientations realized through the media messages with the goal of gaining public attention to a particular issue of social and/or political interest. Recognition of social and political meaning of meaning & message & implication is a very important skill that should be a part of media literate persons. Each media has its own and unique aesthetical but also an ethical form of appearance, although mass communication is a source of invaluable pleasures and entertainment. Media literate people are enriched not only with the ability to enjoy the analysis of certain media messages and contents, but also to further develop themselves within the understanding of how media messages affect the audience and vice versa. The question of the great appearance of apathy and non-including is going hand in hand with political polarization and division. That is why media literacy is extremely needed within societies worldwide in accordance with the above-mentioned guidelines.

Being ethical, above all, in understandings

First and foremost, media literate person will know to recognize propaganda because propaganda awakes strong emotions for media illiterate audience, and simplifies information and ideas (Chomsky N., 2010). At the same time, propaganda has a problem with an image, apropos how to make someone better and/or weaker related to the targeted intentions towards the audience. Propaganda can be found in Journalism; Public Relations; advertising; governments; education; culture; art; advocacy; entertainment … A media literate person will certainly be able to recognize propaganda in these forms of presentation, by developing an understanding of the positive propaganda messages, and negating all the negativities the person faces. To be able to properly consider propaganda within the media literacy, or to think about what is causing welfare or damage, we must consider, above all:

“Media literacy is an extremely important step in the long march towards truly participative democracy, and the democratization of our institutions. The expansion of media literacy is extremely important if all citizens exercise the power, make rational decisions, become effective representatives of change, and have effective participation in the media themselves” (Masterman L., 1985).

In accordance with the above, critically observing reality, media literacy invites citizens to identify cultural codes that shape the author’s work, understand the way these codes function as part of the social system and distort the text through alternative interpretations. Through learning how to read the media messages in a critical way, the media literate audience develops opportunities to collect ethical and, above all, accurate and relevant information about the society in which they live and work while questioning the authority, both textually and institutionally (Hobbs R., 1998).

When the audience6 have the capacity for media literacy both for traditional and new generation of media7, it can identify personal, corporate or political agendas and are then empowered to speak in the name of missing perspective in our communities. By identifying and trying to solve the problem, people use their own strong voice of media literate people and their rights under the law to enhance the world around them.

The greater level of critical thinking and the higher level of participation inspire cooperation and creative efforts to reduce inequality – if we became media literate within the educational process.