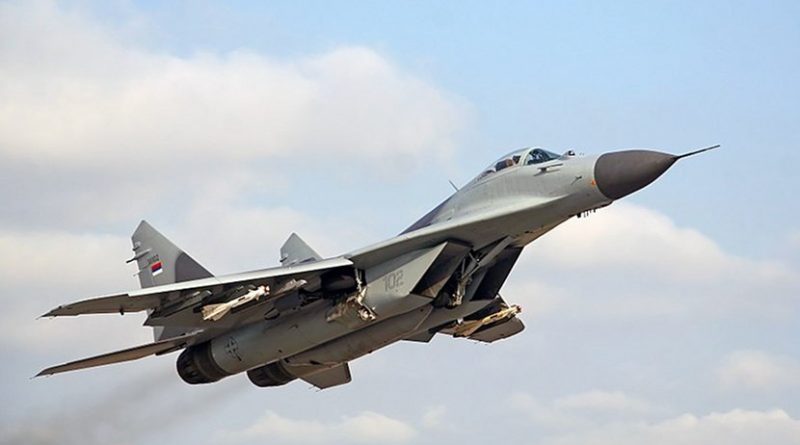 Serbia’s military industry build-up brings money and has the potential to reshape the country´s strategic position in the Balkans  – although it also creates the danger of a regional arms race.

While Serbia has steadfastly maintained its neutral military status since 2007, that has not stopped it from engaging in extensive cooperation with Russia and associated Eurasian countries as well as with NATO and the EU, including multinational military drills and peacekeeping missions abroad.

In fact, when it comes to exercises and missions, the Serbian army cooperates more intensively with NATO and EU member states than it does with Russia.

Despite that, NATO and especially the US are still broadly perceived as a challenge and as an unwelcome partner in Serbia, while most Serbs see Russia as a friendly power.

This is not only the case in Serbia but also in the Serb-dominated entity of Bosnia, Republika Srpska, and in other Serbian communities in post-Yugoslav states, such as Montenegro.

Serbia’s defence industry is  currently growing and undergoing significant modernization, while Belgrade builds up its military muscle in cooperation with Russia, which is inevitably framing the wider geopolitics of the Balkans and beyond.

The defence industry generates over 500 million euros annually, a significant income for Serbia. It consists of about 200 companies and research institutes and employs over 10,000 people.

The industry produces all kinds of weapons, except for high-end armaments, such as supersonic aviation, long-range missiles and navy vessels.

Recently, Serbia has made moves to ease its regulations on the defence industry, allowing foreign investors to own up to 49 per cent of such enterprises.

A significant cash flow goes directly to the state budget from state-owned arms enterprises and from the state firm with a monopoly on arms trading, Yugoimport-SDPR.

This income has become more notable in recent years, given the rise in armed conflicts across the globe.

However, some untransformed companies in the defence sector do not make a profit and pose a financial burden on the country.

Therefore, if Serbia wants to re-establish itself as a truly important global trader in weapons, the industry needs more access to high technology, more contemporary management, greater capital inflow and more high-end markets for its products.

Since 2012, despite talk about possible joint ventures with Russia, including the modernization of obsolete tanks and armoured vehicles for the army, no significant projects have been realized.

And when it comes to exports, Russia and Serbia are more like competitors than partners on the global market, as Serbian manufacturers produce roughly the same kinds of goods as their Russian counterparts when it comes to many technologically less-demanding armaments.

Russia, on the other hand, in its present economic situation, can provide only technological assistance.

Naturally, there is a question why Russia should want to help re-build the Serbian weapons industry and expand its opportunities on the global arms market.

Extending such a favour could probably only be a part of a broader deal, which includes concessions by Belgrade on important geopolitical matters of interest to Moscow.

On a limited scale, cooperation could be realized in possible joint ventures designed to rearm the Serbian military.

There is also recently a more active Chinese factor that could potentially bring in not only capital and technological advances but also, most importantly, opportunities to export to the huge Chinese market.

The same applies to possible investors from the Gulf states.

Thus, the army urgently needs new acquisitions and modernization to upgrade its weaponry.

Apart from domestic suppliers, an agreement on military-technical cooperation with Russia is currently on the table.

In line with this agreement, Serbia is acquiring 10 outdated MiG-29 fighters, some donated from Belarus, 30 T-72C main battle tanks and 30 BRDM-2 armoured vehicles, MI-17 and possibly MI-35 helicopters, and Antonov An-26 transport aeroplanes.

These are being bought for very favourable prices though the costs for subsequent modernization are less advantageous.

Western military supplies, largely limited to light weapons and vehicles, account for a much less significant part of the weaponry held by the Serbian armed forces.

There are also suggestions about air defence acquisitions from Russia, such as the famous S-300 system, designed to better secure Serbian airspace and restrain a possible threat, primarily posed by the West and its allies in the post-Yugoslav space, in case regional conflicts escalate.

These purchases are strongly supported by the more anti-Western nationalist politicians, including influential members of the ruling Progressive and Socialist parties.

The expected general build-up of the Serbian military power, not only of the air force and air defence, together with simultaneous developments, especially in Croatia, has the potential to lead to a dangerous regional arms race, however, with implications for all of Europe’s security.

Bosnia’s Serb-led entity, Republika Srpska, under the leadership of Milorad Dodik, also aims to arm its own police force.

Some reports say it aims also to re-establish its own military forces, which were originally recognized by the 1995 Dayton Peace Accords that ended the war in Bosnia.

So far, the entity, which is pushing for greater independence from Bosnia and Herzegovina, has progressed in the militarization of its police forces after acquiring 2,500 assault rifles recently delivered by the Serbian manufacturer Zastava.

In security affairs, the Republika Srpska maintains close relations with both Serbia and Russia. Its police force is being trained by Russian officers and intensive cooperation in counter-terrorism and police and internal security education has been established over the past few years.

In geopolitical terms, Serbia’s ambitions to maintain its neutrality, while also re-equipping and building up its armed forces and boosting arms exports, could reshape Serbia’s position, not only in the region but also to an extent vis-à-vis both the West and the East.

Given the recent political developments in former Yugoslavia, it is not surprising that Serbia aims to strengthen its position in the military sphere.

Along with a growing income from arms exports [even to some highly problematic destinations] it represents an important factor in the Serbian economy and the country’s general position within the region.

This article was written as part of the project “Western Balkans at the Crossroads: Assessing Non-Democratic External Influence Activities,” led by the Prague Security Studies Institute, and was also published in local language on the web site of the Hoenrich Boell Stiftung in Bosnia and Herzegovina.

Home » Serbian Guns Have Consequences For Balkans And Beyond – Analysis

The corporate Democrats refuse to back measures that appeal to huge majorities of their base, preferring instead to campaign against

Vatican To Double Down On Very Ordinary Deal With China – OpEd