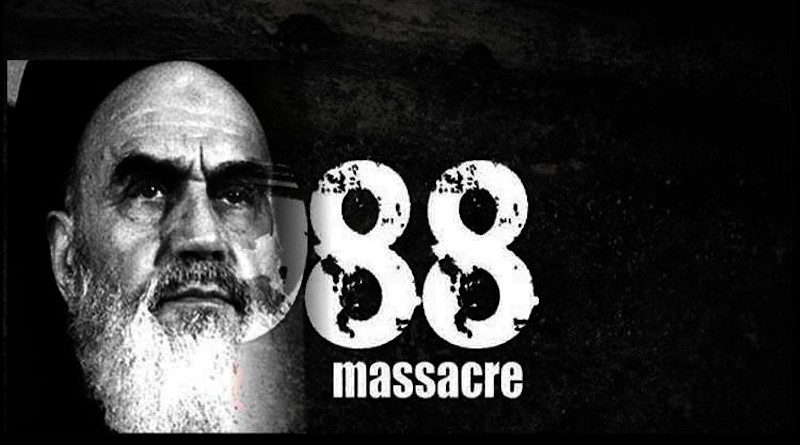 Since its establishment, the Islamic Republic has committed various forms of human rights violations. One of the regime’s most egregious crimes, which until last week seemed to have been forgotten by the wider world, was the 1988 massacre of tens of thousands of political prisoners, including women and teenagers.

However, a group of UN human rights experts has finally written a letter about the massacre to the Iranian government, pointing out that the regime’s actions “may amount to crimes against humanity.” The letter also called on the global community to take action to investigate the atrocity, including through the establishment of an international investigation.

Amnesty International also weighed in on the issue and is applauding the move. Diana Eltahawy, the human rights group’s deputy director for the Middle East and North Africa, said: “The UN experts’ communication is a momentous breakthrough. It marks a turning point in the long-standing struggles of victims’ families and survivors, supported by Iranian human rights organizations and Amnesty International, to end these crimes and obtain truth, justice and reparation.”

Although the letter is a step in the right direction, the UN must do more to hold the Iranian leaders accountable, both due to the heinous nature of the crime and the high positions that some of the officials who played key roles in orchestrating the massacre currently have. Current Supreme Leader Ali Khamenei was, for example, reportedly aware of the massacre.

For decades, the Iranian regime has tried to systematically cover up one of its greatest crimes. Less than 10 years after its establishment, the Islamic Republic began cleansing prisons of thousands of dissidents and opposition activists. Ultimately, an estimated 30,000 people lost their lives in the brutal massacre. In 2017, Amnesty International released a comprehensive report on the slaughter. The 200-page report stated that the disappeared “were mostly young men and women, some just teenagers, unjustly imprisoned because of their political opinions and non-violent political activities.”

Even some high-ranking officials at the time warned then-Supreme Leader Ayatollah Khomeini not to carry out the massacre. For example, a shocking audio recording of a meeting between the regime’s second-most-senior official and a number of people involved in the killings was surprisingly disclosed in 2016. In it, Ayatollah Hossein-Ali Montazeri, who had been named as Khomeini’s successor, says in chillingly blunt terms: “In my view, the biggest crime in the Islamic Republic, for which history will condemn us, has been committed at your hands, and they’ll write your names as criminals in history.” He warned regime officials: “You will be in the future etched in the annals of history as criminals. The greatest crime committed under the Islamic Republic, from the beginning of the revolution until now, which will be condemned by history, is this crime committed by you.”

Montazeri was talking to senior members of the “death committee” in Tehran, the likes of which had been set up across the country to oversee the massacre of political prisoners. He had written letters to Khomeini, urging clerical rulers to refrain from committing a crime that should now rank alongside the Srebrenica massacre. Enraged, Khomeini removed Montazeri as his heir apparent. The audio tape was disclosed by Montazeri’s son, Ahmad, a moderate cleric who posted the confidential recording on his website, but was ordered by the intelligence agency to remove it.

Ironically, almost all of the people Montazeri was addressing in the audio clip currently or have recently enjoyed high-ranking positions in the regime. For example, Mostafa Pourmohammadi, who was a representative of the intelligence ministry at the notorious Evin Prison at the time, served as justice minister from 2013 to 2017 under the so-called moderate President Hassan Rouhani. Ebrahim Raisi was a public prosecutor in 1988 and is now chief justice for the whole of Iran. Hussein Ali Nayeri was a judge and is now a deputy of the Supreme Court of Iran. In his memoir, Montazeri wrote that he told Nayeri to stop the executions at least in the religious holidays during the month of Muharram, but Nayeri said: “We have executed so far 750 people in Tehran… we get the job done with (executing) another 200 people and then we will listen to whatever you say.” Pourmohammadi has in recent years defended the commission of the massacre and said he was “proud” of his role in the killing of political opponents.

The foundations of the current regime’s power structure, with Khamenei as leader, were built on that massacre. The world must know that the authorities now in charge of Iran showed their true allegiance and unwavering fealty to the fundamentalist regime and its goals by having no qualms about ordering and implementing one of the greatest political crimes of the 20th century. The international community must do more to identify those Iranian officials who committed crimes against humanity and hold them accountable.