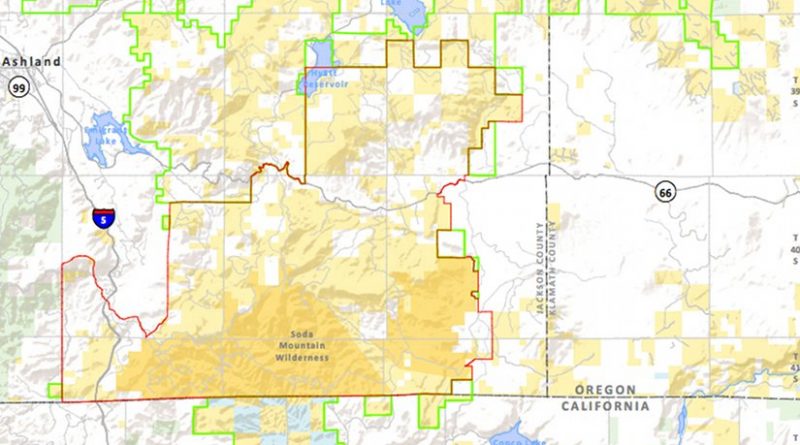 Oregon’s Senators Jeff Merkley and Ron Wyden have welcomed the news that US President Barack Obama is expanding the Cascade-Siskiyou National Monument in Southern Oregon, which they said will help to protect the environmental quality and recreation opportunities that are essential to the region’s way of life and economy.

The monument expansion comes at a critical time for the Cascade-Siskiyou region, as climate change and intensifying development create new threats to this unique and biodiverse area, the senators said. Scientists and local leaders, including the City Councils of Ashland and Talent, had pressed for the expansion to help protect the plant and animal species that exist nowhere else on the planet and to safeguard the region’s tourism and recreation economy.

“Today is a great day for Southern Oregon,” said Merkley. “The Cascade-Siskiyou area, where three mountain ranges converge creating a unique and spectacular landscape seen nowhere else in the world, merits the recognition and expanded protection that President Obama gave it today (Thursday). I deeply appreciate the time and energy of the many Oregonians who came to public meetings and submitted comments on this proposal. Their thoughtful input helped to inform the President’s final decision on both the expansion and its boundaries, and I will continue to press to ensure that their voices are heard as a management plan for the new monument area is formed.”

“Oregonians know that the Cascade-Siskiyou Monument possesses an unrivaled beauty, with natural wonders in every corner and a spectacular landscape that hosts not just diverse ecosystems but recreation opportunities known around the world,” Wyden said. “That’s why I have worked for years to protect this Oregon treasure and its irreplaceable qualities. From pushing the Interior Department nearly two decades ago to first designate this monument to including protections for these lands in various pieces of legislation, I am proud to see this unmatched landscape will remain rugged for decades to come.”

The Cascade-Siskiyou National Monument is located at the convergence of the Cascade, Siskiyou and Klamath mountain ranges. This meeting point between different regions has fostered one of the most biodiverse regions in the country, with unique plant and animal species that can be found nowhere else.

In August, Merkley and Senator Ron Wyden wrote to the Obama Administration to urge them to consider expanded protections for the area. In October, Merkley hosted a public meeting in Southern Oregon with the Deputy Secretary of the Interior for the Administration to gather local input. Hundreds of Oregonians, including local elected leaders and representatives of local tribes, attended the meeting and more than one hundred individuals testified. Jackson and Klamath Counties held additional meetings to gather public input and provided that input to the President.

The senators also included a smaller expansion of the Cascade-Siskiyou National Monument in the Oregon and California Land Grant Act.