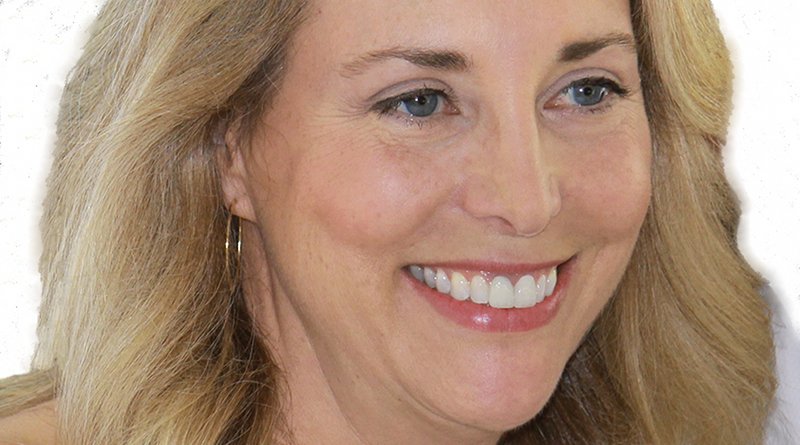 Valerie Plame, an exposed CIA agent at the center of a George W. Bush administration scandal, said she is now the member of a synagogue in Santa Fe, New Mexico.

Plame told Tal Schneider, a reporter for Globes, an Israeli business daily, that her interest in Judaism stemmed from her discovery that her great-grandfather was a rabbi who fled Ukraine at the turn of the last century.

Plame’s return to Judaism is parallel to that of thousands of other non-Jews during recent decades; and is a rather unusual form of evidence for reincarnation that comes from the Jewish mystical tradition; the Kabbalah.

Unlike Buddhism and Hinduism, Kabbalah does not teach that reincarnation (gilgul) occurs over the course of millions of years to millions of different sentient species. According to Kabbalah, only the souls of self conscious moral creatures like human beings reincarnate; and they reincarnate only when they have not fulfilled the purpose of their creation.

Since Judaism is an optimistic religion, most Kabbalists teach that most people can accomplish their life’s purpose in one or two lifetimes. A few souls may take 3-5 lifetimes or more. The bright souls of great religious figures like Moses or Miriam can turn into dozens of sparks that can  reincarnate several times.

The tragic souls of Jews whose children have been cut off from the Jewish people, either through persecution or conversion to another religion, will reincarnate as one of their own no longer Jewish descendants.

These descendant souls will seek to return to the Jewish people. A majority of people who end up converting (or reverting) to Judaism and the Jewish people have Jewish souls from one of their own ancestors.

Every human on earth has 8 great grandparents and 16 great great grandparents. Each of these 24 individuals contributes an equal amount of genetic material to their descendants. Nevertheless, brothers or sisters who share the same 24 ancestors do not have identical genomes.

Unless they are identical twins their physical, mental and personality traits always differ, sometimes greatly, from siblings who share the same physical genetic heritage.

This difference is the result of the unique physical combination of genes that occurs at conception; and the unique soul that enters the body sometime during the second trimester.

Every year many hundreds of people find out that one or two of their 24 ancestors might have been Jewish.. For most of them this discovery is an interesting fact of little significance. For many of them it might be an embarrassment to be ignored. But for some of them it becomes a life changing discovery.

They feel drawn to Jewish people and seek to learn about Jewish music, food, literature, culture and religion. They feel more and more attached in some mysterious way to the Holocaust and the struggle of Israel to live in peace in the Middle East.

Many of these people eventually are led to become Jewish either by formal conversion or by informal reversion within Reform synagogues.

According to a mystical 14th century Jewish Kabbalistic teaching found in Sefer HaPliyah, those people who do feel this powerful attraction to Jewish things and Jewish people, have Jewish souls that are reincarnations (gilgulim) of one of their own Jewish ancestors from 3-7 generations in the past.

That explains why they react to the discovery of some Jewish heritage in such a unusual way. It also explains why some people who do not even know that they have Jewish ancestors follow a similar path; and only discover a Jewish ancestor years after they have returned to the Jewish people.

The Hebrew word for reincarnation is gilgul which means recycling. Many people are born with new souls who are here for the first time. Others have a soul that has lived on this planet before. Many people do not reincarnate after their life on this earth is over.

Most people who end up becoming Jewish, especially now, after the Jewish people have experienced several generations of assimilation, marriage to non-Jews, hiding from anti-semitism and outright genocide, are descendants of people whose children, in one way or another, have been cut off from the Jewish People.

Among their non-Jewish descendants a few will inherit a Jewish soul that will seek to return to the Jewish people. If you think you might have an ancestor who was Jewish, but no one in your family seems to know, you can use a introspective personality and character test to give you some hints.

1- Do you like to ask questions especially about religion? But when you asked them as a child, you were told faith is a gift from God and you shouldn’t question it. This never satisfied you, although others didn’t question it.

2- The trinity never made any sense to you even as a young child. You prayed to God the father more easily than Jesus, the son of God, even though you were told to pray to Jesus. You never could believe that people who didn’t believe in Jesus couldn’t go to Heaven.

3- On first learning of the Holocaust you reacted more emotionally than your friends or other members of your family. You feel some sense of connection with the Jewish struggle to defend Israel.

4- You have an attraction to Jewish people, or to Judaism and Jewish culture. You have always been more  open to people who were culturally, nationally or religiously different from your own family, than your friends or class mates.

According to Jewish mystical teachings (Kabbalah), many (not all) people reincarnate after they die. This is especially true for Jews who died and had no Jewish children who survived them (Sefer HaPliyah). Their souls reincarnate in one of their non-Jewish descendants who is drawn to: Jewish things, Jewish people and Judaism. If the following item also applies to you, you certainly have a Jewish soul.

5- When you start to learn about Judaism: the ideas and values seem reasonable to you; the traditions and heritage are very attractive to you; and the non-Jews around you as well as you yourself, are surprised that you slowly come to feel that you are coming home.

“I’ve always been drawn to that aspect of my Jewish heritage,” Plame said: ‘and it led me to Temple Beth Shalom in Santa Fe.” Where said she was especially attracted to the temple’s social justice initiatives.”

3 thoughts on “From CIA Agent To Judaism – OpEd”