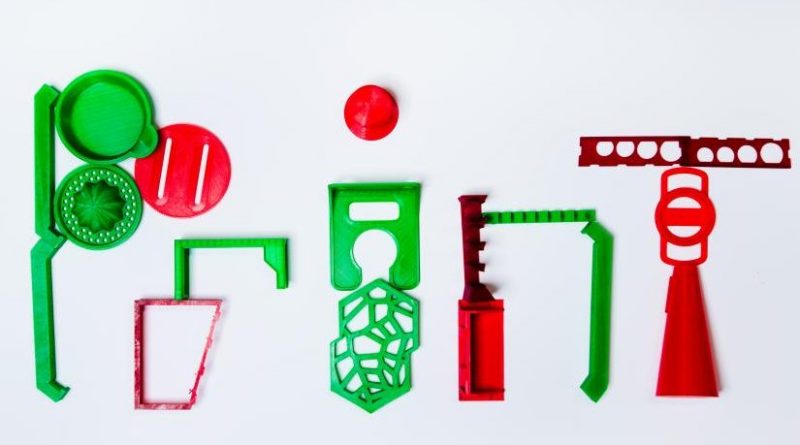 Interested in making an investment that promises a 100 percent return on your money, and then some? Buy a low-cost, open-source 3-D printer, plug it in and print household items.

In a recent study published in Technologies, Michigan Technological University Associate Professor Joshua Pearce set out to determine how practical and cost effective at-home 3-D printing is for the average consumer.

He found that consumers–even those who are technologically illiterate–can not only make their money back within six months, but can also earn an almost 1,000 percent return on their investment over a five-year period. Pearce estimates that using only the random 26 objects analyzed in the study may have already saved consumers who use 3-D printers at home more than $4 million. There are several million free 3-D printable designs available on the web.

Out of the Box

To compile the data, Pearce asked Emily Petersen, an undergraduate student majoring in materials science and engineering, to use a 3-D printer fresh out of the box with no prior experience, instruction or guidance.

“I’d never been up close and personal with a 3-D printer before,” Petersen said. “And the few printers I had seen were industrial ones. I thought learning to operate the printer was going to take me forever, but I was relieved when it turned out to be so easy.”

Petersen used a Lulzbot Mini – a low-cost model that can print in high resolution, works with a variety of operating systems and supports open-source hardware and software (meaning that all source codes associated with the printer and its programs are freely available and can be modified).

Petersen’s favorite creation? A fan-art Pokemon Bulbasaur planter that she filled with a small cactus and gave to her mom for Christmas.

After Petersen finished printing, she worked with Pearce on the economic analysis. By printing 26 items, the researchers simulated household 3-D printer use over a six-month period, with the conservative assumption that a typical household might print one “homemade” item per week.

Petersen printed items that were reasonably popular, such as tool holders, snowboard binder clips and shower heads. She and Pearce monitored each item’s energy, print time and plastic use to determine its costs, then conducted a savings analysis on a per-item basis.

For each item printed, from mounts for GoPro cameras to Dremel tools, Pearce and Petersen ran high-cost and low-cost comparisons. For example, for a printed cell phone case, the total cost of printing was compared with the purchase cost of both a high-end phone case and the least expensive model available.

“With the low-cost estimates, the printer pays for itself in three years and all the costs associated with printing–such as the price of plastic and electricity–are not only earned back, but provide a 25 percent return on investment. After five years, it’s more than 100 percent,” Pearce said. “With the high-cost estimates, the printer pays for itself within six months. And after five years, you’ve not only recouped all the costs associated with printing, you’ve saved more than $12,000.”

Pearce said a five-year life cycle for the printer is reasonable, mainly because the Lulzbot Mini is open source–all the files to upgrade and fix the machine are available for free online. Many of the parts most likely to break are even 3-D printable. Pearce also emphasizes that Petersen used the printer’s default settings and didn’t print any complicated items, such as scientific equipment.

“I’m an engineering student,” Petersen said, “but I was new to this type of hands-on troubleshooting. The fact that I was able to troubleshoot any issues I had and produce 26 items relatively easily is a testament to how accessible this technology is to the average American consumer.”

Petersen hopes her experience will help others have more confidence in at-home 3-D printing. As the technology develops and more printable designs become freely available online, Pearce and Petersen agreed that it will only get easier.