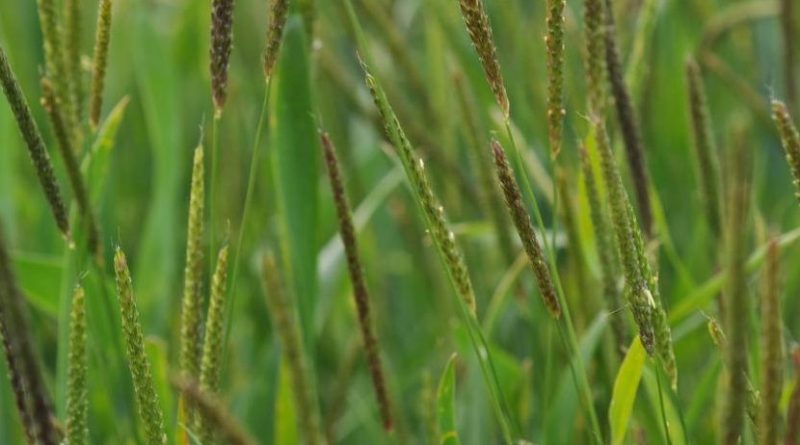 Black-grass, a pervasive weed with increasing resistance to herbicides, is a major threat to cereal crops. Credit: Rothamsted Research

Herbicides can no longer control the weeds that threaten crop productivity and food security in the UK because the plants have evolved resistance, and future control must depend on management strategies that reduce reliance on chemicals.

A nationwide epidemiological assessment of the factors that are driving the abundance and spread of the major agricultural weed, black-grass, was the focus of collaborative work led by the University of Sheffield, with Rothamsted Research and the Zoological Society of London.

The team mapped the density of black-grass populations across 70 farms in England, collecting seed from 132 fields. They also collected historical management data for all fields to address the question “which management factors are driving black-grass abundance and herbicide resistance?” Their findings are published today in Nature Ecology & Evolution.

“At Rothamsted, we used glasshouse bioassays to determine that 80% of sampled populations were highly resistant to all herbicides that can be used for selective black-grass control in a wheat crop,” said Paul Neve, a weed biologist and leader of Rothamsted’s strategic programme, Smart Crop Protection.

“Field monitoring indicated that the level of resistance to herbicides was correlated with population density, indicating that resistance is a major driver for black-grass population expansion in England,” said Neve.

He added: “We found that the extent of herbicide resistance was primarily dictated by the historical intensity of herbicide use, and that no other management factors had been successful in modifying this resistance risk.”

The research team also surveyed farmers about their use of herbicides, and about how much their different approaches cost them. The team found that the increased weed densities lead to higher herbicide costs and lower crop yields, resulting in significant losses of profit.

Increasing resistance is linked to the number of herbicide applications, and mixing different chemicals or applying them cyclically did not prevent resistance developing, the team report.

Current industry advice urgently needs to change to reflect this, the researchers conclude. They recommend that farmers switch to weed-management strategies that rely less on herbicides, as it is inevitable that weeds will overcome even new agents.

The research was part-funded by the Agricultural and Horicultural Development Board.

Home » Weeds Out Of Control