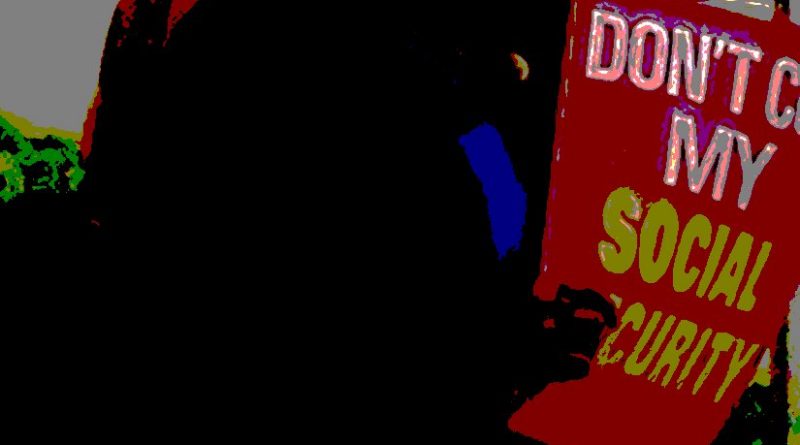 I guess we can always count on The Washington Post to print misleading pieces calling for cuts in Social Security. After all, what are newspapers for? Anyhow, Robert Samuelson gives us one of his usual tirades, misrepresenting most of the key items in the debate.

The basis of his outrage is a bill proposed by Representative John Larson to increase Social Security. The proposal is for a modest overall increase in benefits with a larger increase for the poor. The proposal also calls for indexing benefits to a cost of living index designed to monitor the expenses faced by seniors, instead of the population as a whole. Samuelson complains that this could lead to higher benefits.

The gist of Samuelson’s argument is that seniors are doing very well right now. He cites a recently done study by C. Adam Bee and Joshua Mitchell, two economists were at the Census Bureau at the time, that found, based on tax filings that seniors had higher incomes than we had realized.

While the study did show seniors were doing better than earlier survey data, the picture is not altogether positive. For example, the average income for seniors in the bottom decile is just $7,500, for the second decile it’s $13,000. It probably would not seem too outrageous to most people to want t give these people somewhat higher benefits. Even for the 5th decile, the average income was only $32,500. (These figures are all in 2012 dollars, so add about 15 percent to put them in today’s dollars.)

But perhaps more importantly, the main reason Bee and Mitchell found higher income levels than previous data is under-reported pension income. Samuelson misleading reports the issue by saying that most of the “underreporting involve income from IRAs, 401(k) plans and traditional pensions.” Actually, for middle-income households under-reporting of 401(k) income was pretty much irrelevant. The problem was missed pension income.

The complaint on the indexation formula is bizarre. Why would we not want a cost-of-living adjustment that tracks the cost of living of seniors? Samuelson actually does not know that this change in the formula will lead to higher benefits for seniors. There have been many years when the CPI-E (the index that tracks consumption patterns of seniors) has risen less rapidly than the overall CPI.

He is also wrong that Democrats oppose cuts to Medicare. In fact, many leading Democrats are pushing bills that would reduce the amount that Medicare pays drug companies. It is hard to understand how anyone who reads the newspapers can be unaware of these proposals.

In short, Robert Samuelson wants to cut Social Security and make seniors worse off. We get that. He just doesn’t have much of an argument to push his case.