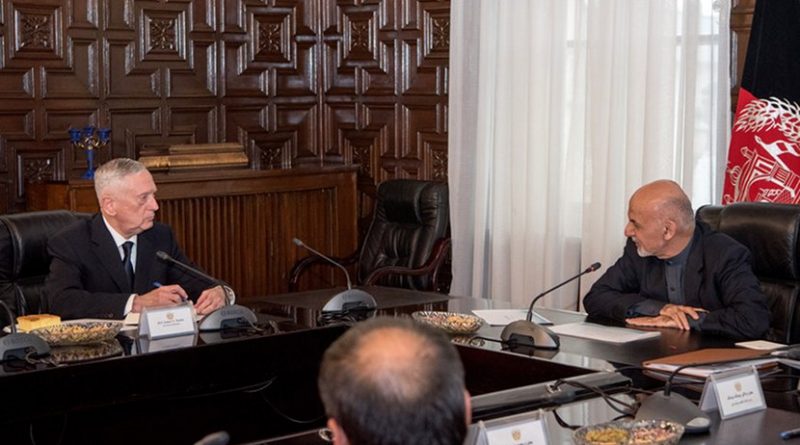 At the meeting, the leaders discussed the South Asia strategy and United States’ commitment to Afghanistan, she said.

Mattis praised Ghani’s recent offer to negotiate with the Taliban without preconditions, White said. “He noted Ghani’s diplomatic approach achieved a level of international support not possible with military action alone,” she said. He offered his full support to the Afghan-led reconciliation process, White said, noting that it is aimed at achieving lasting peace in Afghanistan.

The defense secretary emphasized that the recent peace offer does not eliminate the need for offensive operations against the Taliban, she said, and noted the importance of continued progress by Afghan forces on the battlefield.

Ghani and Abdullah thanked the U.S. and coalition partners for their ongoing support and past sacrifices, White said.

“They reaffirmed their commitment to forge a durable peace alongside regional and international partners,” she said. “The two Afghan leaders also reinforced that the recent Taliban peace offer without preconditions was genuine, and they are ready to embrace all who are willing to reconcile.”

One thought on “Mattis Meets Afghan Leaders In Kabul”