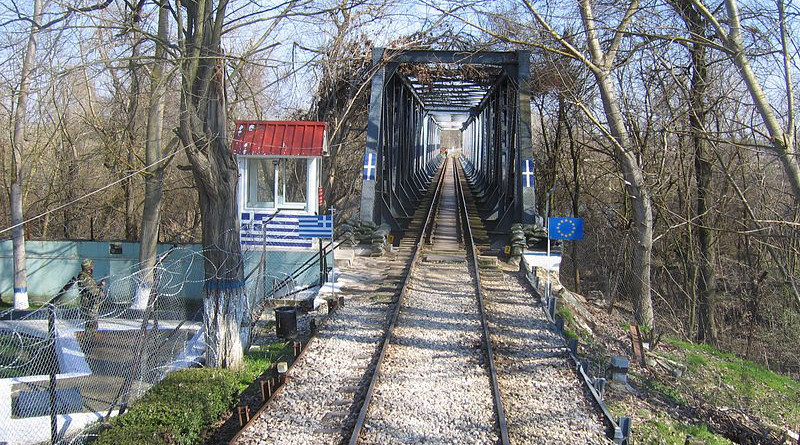 By Ilke Toygür and Seda Gürkan*

Make no mistake: the tragedy we have been witnessing on the Greek-Turkish border since 27 February was not at all unexpected. The Turkish President, Recep Tayyip Erdoğan, repeatedly warned –some would say blackmailed– the EU with the threat that he would open up the country’s borders and send masses of asylum seekers into Europe. Many thought he would not go that far, but he did.

He is to blame for not only putting thousands of people in danger at the borders, but also for ‘weaponising’ them to pressure member states in the hope of obtaining political, diplomatic and economic concessions from the EU. The Union, on the other hand, should be hold accountable for not undertaking its responsibilities for resettling refugees and for not fulfilling any of its pledges to Turkey in the framework of the EU-Turkey Statement that was agreed in 2016. Not designing its own common migration policy in the meantime could also be added to the list.

However, beyond the blame game, it is time to ask why the deal in its current form could not be sustained, and why similar deals should be avoided in the future. Instead, what is needed is a far-reaching revision of the EU’s relationship with Turkey for a more fruitful cooperation. This renewed approach to Turkey cannot be framed unless the EU adopts a more comprehensive policy on migration, based on a fair burden sharing among the EU27 as well as with the EU’s partners, and a concrete strategy on the stabilisation of the situation in Syria.

As many may remember, the EU’s member states were deeply divided on the issue of a fair burden sharing of refugees within the Union, the only option being to halt refugees before entering, hence containing them in third-state territories. Following that logic, the so-called refugee deal between Turkey and the EU was negotiated in October 2015 and was concluded in two phases: first through the EU-Turkey Joint Action Plan (JAP) –provisionally agreed in October 2015 and activated in November 2015–; and then through the EU-Turkey statement of 18 March 2016. The deal was intended to be an emergency response to a massive influx of refugees fleeing the war in Syria and who were trying to reach Europe at any cost.

In light of the political situation in Europe, this short-term crisis response became a medium-term strategy. While this strategy reduced the EU’s migration policy to border management, the policy of externalising refugees rendered the Union dependent upon the Turkish government’s willingness to cooperate in preventing irregular migration.

The EU had four years after the EU-Turkey Statement to re-evaluate this policy and make it more sustainable. However, the four-year period was simply wasted. Following the mini summit held on 9 March in Brussels between Turkey’s President Erdoğan, the President of the European Council Charles Michel and the President of the European Commission, Ursula von der Leyen, what is on the table is taking forward the EU-Turkey Statement or at best negotiating a similar deal. Nevertheless, there are a number of political, normative and geostrategic constraints that make it impossible for the EU to contemplate such a deal.

First, political constraints are related to the cost of abiding by the deal. The cost is far higher for the EU than it is for Turkey. Through the agreement between the EU and Turkey, in return for Turkey’s cooperation in controlling irregular migration to the EU via Turkey, the civil society organisations in the country have obtained financial support to cope with the high number of Syrian refugees. In addition, the EU promised to eventually lift visa requirements for Turkish citizens travelling to the Schengen area and to re-energise the EU-Turkey accession process, including an upgrading of the Customs Union and opening new chapters, in addition to enhancing mutual cooperation in key areas such as counter-terrorism, energy, the economy, and foreign and security policy. Since 2016, while the EU, mainly because of Turkey’s rapid authoritarian drift, failed to keep its promises under the deal (except part of the financial aid for the betterment of refugees’ conditions in Turkey), it largely benefited from a decrease in the number of irregular migrants. This unbalanced equation whereby the EU could offer no carrots to Turkey has made the Union vulnerable to Erdoğan’s threat to allow massive numbers of refugees to enter the EU. To put it differently, leverage has been very much reversed, in this case making the deal politically highly costly for Europe.

The second set of concerns are geopolitical. As long as the situation in Syria is not stabilised more refugees are expected to come to Turkey. It is crystal clear that Turkey cannot cope alone. It was very unrealistic from the very beginning to expect that Turkey could handle the entire burden unilaterally. According to UNHCR there are 70.8 million forcefully displaced people worldwide, of which 25.9 million are refugees. Turkey is the country that hosts the largest number of refugees worldwide, at 4.1 million. This is why for any deal to work, there has to be a functioning resettlement mechanism. Without it, the situation will sooner or later be similar to today’s.

Furthermore, the refugees are no longer welcome in Turkey. The Turkish public was convinced that they were guests and would eventually return home. Slowly realising that would not be the case, and at the same time suffering from the country’s current economic crisis, Turkey’s citizens have now already turned their back on refugees. Furthermore, anti-EU sentiment among the Turks is on the rise as the EU is blamed for not sharing the burden with the Turkish government –added to the current state of affairs between Turkey and the Union–. This perception is a widespread sentiment in society as well as among the major political parties, including the opposition.

Thirdly, normative constraints relate to the EU’s alienation with its own values. While the EU insists on keeping refugees outside its territory and wants a securitised response to the crisis, its core values are melting away. Recent incidents on the Greek-Turkish border are illustrative of this. President Von der Leyen’s tough rhetoric on border protection and recent measures adopted to support Greece in safeguarding the EU’s external borders resonate very strongly with the exclusionary practices of European identity construction and ‘fortress Europe’. The EU’s discourse on extending solidarity primarily to Greece (instead of to the refugees), its securitised measures (instead of humanitarian ones) and its attempts to shift the burden from the EU27 to adjacent regions undermine its legitimacy not only in front of the entire world, but also in the eyes of its own citizens. The situation is severely damaging to its image as a normative power.

From the EU-Turkey statement to where?

One thing is clear: the Union should have used the time it bought with the problem’s externalisation to Turkey since 2016 to come up with a common policy on migration. It did not. Europe’s weakness became Erdoğan’s strength. The more the EU opted for short-term solutions to outsource the problem, the more the EU empowered Erdoğan.

This equation cannot be reversed unless the existential problems related to the deal’s implementation are addressed. First, the EU needs to find durable solutions for the refugees. This would be possible by adopting a working and credible resettlement mechanism. Even if there is a certain rejection from some member states, policies to enhance and enlarge a coalition of those willing to resettle refugees should be pursued. Secondly, although the EU’s engagement in Syria might have its limits, it should try to minimise the cost of its non-involvement in stabilising Syria by encouraging multilateral diplomatic frameworks. And third, a renewed dialogue and cooperation is very much needed between Turkey and the EU. This crisis has once again revealed the interdependency between the two parties. Both sides should work on a more structured cooperation based on shared responsibility. Erdoğan’s visit to Brussels and the results of the meetings show that there is still a need to find common ground. Both sides should spend their energy and time not to advance a flawed deal but to reform it in a way that addresses the causes of the problem in the long term rather than just mitigating the negative consequences in the short term.