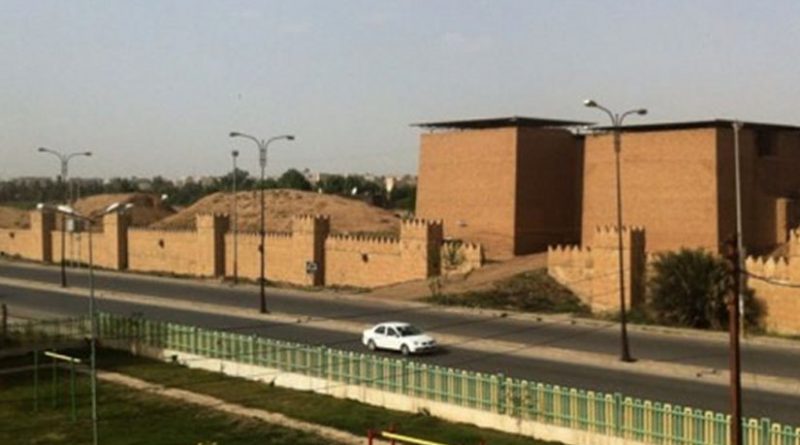 Islamic State jihadis has destroyed a 2,000-year-old gate near the Iraqi city of Mosul. The structure is known as the Gate of God, and used to guard the ancient Assyrian city Nineveh.

The destruction of the ancient structure, also called the Mashqi Gate, has been confirmed by the British Institute for the Study of Iraq, and the Antiquities Department in Baghdad hasn’t denied the demolition, The Independent reported.

Media activist Zuheir Mousilly added that ISIS have destroyed many of Iraqi historic sites and monuments, including the Assyrian city of Nimrud, the Winged Bulls, and the Mosul National Museum.

As for the gate, other reports suggested that the IS were dismantling it and selling separate blocks.

The historic Mishqi gate, which was discovered in 1968, is believed to be one of the ancient gates in eastern Nineveh province.

The city of Nineveh was mentioned in the Bible, dates to the 7th century BC, and was once the largest city in the world.

The destruction of the gate is just the latest in the series of acts of vandalism conducted by IS.

At the end of March, Syrian forces, with the aid of Russian military, seized control of the ancient town of historic Palmyra.

What they discovered when they entered the city were monuments destroyed or harmed, thousands of bombs and booby traps, ready to level the whole city.
Also, all over Palmyra, there were mass graves with dozens of tortured women and children, some only 500 meters from the ruins of ancient monuments.

Last year, ISIS extremists bombed the historic Yezidi ancient minaret of the Shingal district in northern Iraq, and a year ago, they blew up the church of Virgin Mary in the Assyrian village of Tel Nasri in northeastern Syria.