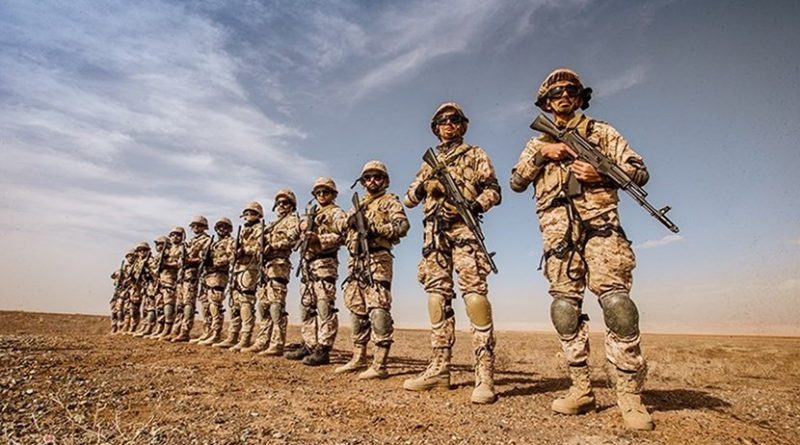 The announcement of the designation of IRGC as a terror group by trump administration is an important development that makes Iranian officials tremble. The Iranian regime has entered a troubled period that risks considerably changing the international balance of power at the expense of the mullahs’ regime.

In the same way, one of the main levers of the regime’s repressive policy will be undermined politically, militarily and financially. The Supreme Leader of the mullahs, Ali Khamenei, will observe a crushing defeat of the IRGC, which he considers to be the main pillar of the survival of his regime.

During a meeting with members and associates of the Revolutionary Guards (IRGC), and in reaction to the U.S. State Department designating this entity as a Foreign Terrorist Organization (FTO), Iran’s supreme leader Ali Khamenei voiced his concerns over growing unrest that could very well lead to an uprising in Iran. The IRGC should remain high alert on the streets in cities and towns.

The mullahs’ supreme leader is terrified of escalating social dissent from the scales of the flood disasters and unimaginable increase in the cost of living that could turn into an all-out uprising bringing down the regime in its entirety.

“You look at the price increase of such an item in the market, it is normal for these things to happen. Part of it is unintentional, part from inexperience, and also partly due to the enemy’s evilness. These factors would join hands to suddenly increase the price of goods in the market,” he said.

Khamenei also sought to prop up the moral of IRGC forces, growing terrified of the increasing social hatred and anger.

“Well, we are a population of 80 million. From this 80+ million, some are kids and youth, some are, well, kind of dissidents that oppose the system. But a sufficient number of people are standing strong behind you,” he said.

On the night of the IRGC designation as a terrorist entity, Khamenei, addressing IRGC members and their associates, backed away from his previous bullying about the so-called country’s nuclear energy (read clandestine bomb-making effort) and missile program.

“We have forbidden the atom bomb. But these idiots keep raising the atom bomb issue before they acknowledge that we have said that we do not seek it. It is against our religious basis, against our teachings… Do you think that the clout and the power that the Islamic Republic has mustered has been due to the nuclear bomb? Or is it from our advancement in enriching Uranium? Not at all,” he added.

Engulfed in the whirlpool of controversial comments made after learning the IRGC’s FTO blacklisting, and calling American officials as “Satan” and “stupid”, the mullahs’ supreme leader went on to say, “Now, we keep on calling them stupid and unwise, evil and so on… This won’t solve any problems. The right solution comes when we know what we are doing.”

Meanwhile, Iranians in Mashhad, Damavand, Pars Abad, and other cities protested against corrupt financial institutions affiliated to the regime.

Plundered shareholders of Badr-e Toos in the northwestern city of Mashhad demonstrated in front of the regime provincial governor’ office in this city on Saturday, April 13 demanding their looted money be returned.

They were chanting “Nobody has seen a government so irresponsible” and “I will get my money back, even if I have to die” among other slogans.

In another news, about 200 truckers in the city of Damavand protested against low fuel ration.

And Taxi drivers in the city of Parsabad-e Mogan protested against low fares and the high cost of livings.

In another event on Apr.12,2019 residents of the Sheelang-Abad district in the city of Ahvaz, capital of Khuzestan Province, southwest Iran, took to the streets protesting the ruling regime’s inaction and refusal to provide any relief to the needy people in flood-hit areas. These locals are especially angry at the Revolutionary Guards (IRGC) for protecting its own facilities at the price of placing residential areas in danger.

In the meantime Members of the “Resistance Units,” a network closely associated to the Iranian opposition group People’s Mojahedin Organization of Iran (PMOI/MEK), continue targeting icons of the mullahs’ regime across Iran on Apr.13,2019.

Members of Resistance in Kermanshah, western Iran, set fire to a Revolutionary Guards (IRGC) Basij base.

Members of Resistance in Tehran set fire to a poster of the Ministry of Intelligence and Security (MOIS) containing images of regime founder Ruhollah Khomeini and current Supreme Leader Ali Khamenei. This action was in solidarity with flood-hit victims across Iran.