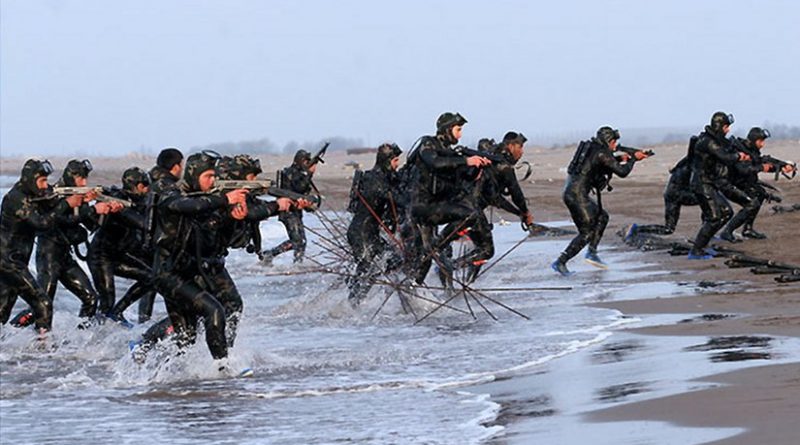 Finally, last week Islamic Revolutionary Guard Corps (IRGC) landed on the United States Foreign Terrorist Organizations List (FTO). It was expected for some time. Most Iranians welcomed the news since IRGC has been tasked from the outset as a military machine for crushing all protests to clerical regime’s power.

IRGC was created by Khomeini in 1979 to safeguard his regime. It has had two tasks: first to stifle all resistance to its dictatorial rule at home and second to help the theocratic regime with its quest for expansion beyond its borders. IRGC with its twin, Ministry of Intelligence and Security (MOIS), stop at nothing and cross all red lines know to humanity in dealing with home grown protests. The most recent example of such cruelty are protests of 2017/2018 in Iran. IRGC’s Intelligence Unit with MOIS agents set an example on how far they are willing to go to save the Iranian regime.

According to Amnesty International 7000 people were arrested in that period alone. Dozens of others were killed while in custody and IRGC prison guards claimed that they committed suicide.

For the clerical regime to thrive, Khomeini’s doctrine was to expand and that could not have been achieve without the IRGC’s meddling in the internal affairs other neighbors to begin with. Case in point was sending bombs to Mecca Holy pilgrimage in 1986. Fighting in Syria, Iraq, Yemen and Lebanon are the work of its external arm, the Quds Force. To arm itself both for intimidation and use, if it necessary, the IRGC went after weapons of mass destruction such as nuclear and chemical weapons. Ali Khamenei and IRGC top brass often brag about the regime’s missile arsenal which has become a major issue with the international community. They have underground missile stockpiles threatening the fragile calm in the Middle East.

It is no secret that IRGC holds a big portion of Iranian economy hostage thorough its conglomerate; a financial institution bankrolling IRGC’s terrorist proxies such as Lebanese Hezbollah in the region.

IRGC and its offspring the Quds Force are responsible for terrorist bombing targeting directly US citizens and American interests around the world from Beirut bombing of US barracks in 1983 to US embassy bombings in Niarobi Kenya and Dar es Salaam, Tanzania in 1998 to 1996 bombing of Khobar Towers in Saudi Arabia and killing of more than 600 US military personal in Iraq. Deeds which have gone unpunished for a long time. FTO listing of IRGC has therefore been overdue.

There is no doubt that IRGC over the years targeted Iran’s main opposition the People’s Mojahedin Organization of Iran (PMOI/MEK). Dark days in Iran’s recent history can be accounted in the 1980s when IRGC went on a door to door manhunt of MEK members in Iranian cities. But what stands out in the bloody confrontation between Iranian Resistance and IRGC over the legitimate demand of Iranian citizens to self role was the massacre of political prisoners in the summer of 1988. In three summer mouths, 30000 political prisoners were executed by the direct order of Khomeini and his regime’s officials such as newly appointed head of judiciary, Ebrahim Raisi. IRGC executed the plan. In Iraq where MEK was based for close to 30 years, IRGC took the lives of dozens of MEK members through ordered assassination attacks carried out by its proxies in the streets of Baghdad.

Missile attacks on the opposition camps in the country along the border with Iran were carried out by paramilitary units trained and armed by the IRGC. Former IRGC chief, Yahya Rahim-Safavi claimed credit for Spring 2001 all out missile attack on a number of MEK bases in Iraq. He said that the forces under his command fired 1000 missiles.

Europe should follow US footsteps in blacklisting the IRGC and MOIS.

Since summer, Tehran has change its pattern of dealing with its dissidents abroad and has removed the “moderation” mask altogether.

In 80s and early 90s the nascent theocratic regime not caring about the consequences of its actions hunted down opposition figures in European capitals such as Paris, Berlin and Rome. Now it seems that the ruling regime is revisiting the old terror tactics in Western cities again.

The first stop in renewed terror campaign-this time using Iranian trained spies turned diplomats instead of using proxies such as Lebanese Hezbollah to do the dirty work – was where a large gathering of Iran’s main opposition the National Council of Resistance (NCRI) took place in Paris on June 30.

Even as the rally unfolded, a terrorist plot intending to target it was foiled by security forces in France with the help of their German and Belgian partners.

France was not of course the only place that IRGC struck. Denmark and Netherlands were also involved in foiling terrorist attacks with Iranian regime’s agents’ signature.

A hard lesson should be learned by the EU bloc that going easy on the mullahs’ regime bears no fruit. It only gives more time to a terrorist regime for tacking more lives.

It is in the best interest of EU countries to blacklist the IRGC and its twin the MOIS. To deal with the main state sponsor of terrorism in the world, it requires a cooperation on both sides of the Atlantic.

By abandoning the appeasement policy and recognizing the right of Iranian people to stand up to the regime and force out IRGC, Quds Force and MIOS agents from US and EU, the world will no doubt be a better place.

Home » IRGC Got What It Deserves – OpEd