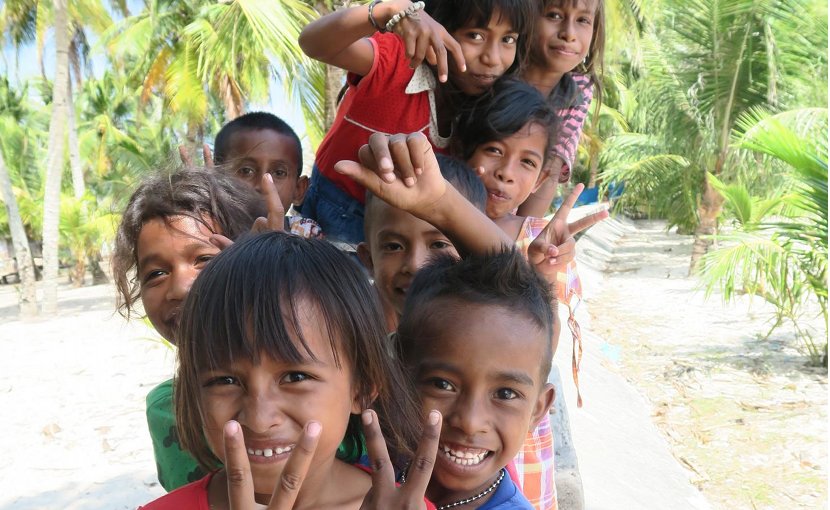 People from New Guinea and nearby islands, such as these children from Kei Island, carry evidence of ancestry from more than one group of Denisovans. Credit: © Isabella Apriyana

The findings are based on a new study led by Murray Cox from Massey University in New Zealand and made possible by sampling efforts led by Herawati Sudoyo from the Eijkman Institute for Molecular Biology in Jakarta, Indonesia.

The data were collected and analyzed by an international team of researchers, including Mark Stoneking from the Max Planck Institute for Evolutionary Anthropology. Taken together with previous work – which has pointed to a third Denisovan lineage in the genomes of modern Siberians, Native Americans, and East Asians – the evidence “suggests that modern humans interbred with multiple Denisovan populations, which were geographically isolated from each other over deep evolutionary time,” the researchers write.

The new evidence also unexpectedly shows extra mixing between Papuans and one of the two Denisovan groups, suggesting that this group actually lived in New Guinea or its adjacent islands.

Moreover, Denisovans may have lived in the area until as recently as 30,000 years ago, making them one of the last surviving groups of archaic hominins.

“People used to think that Denisovans lived on the Asian mainland and far to the north,” says Cox. “Our work instead shows that the center of archaic diversity was not in Europe or the frozen north, but instead in tropical Asia.” Stoneking adds, “Moreover, this archaic diversity seems to have persisted much longer in Island Southeast Asia and New Guinea than elsewhere in the world.”

It had already been clear that Island Southeast Asia and New Guinea was a special place, with individuals there carrying more archaic hominin DNA than anywhere else on Earth. The region was also recognized as key to the early evolution of HomoSapiens outside Africa. But there were gaps in the story.

To help fill those gaps, the team identified stretches of archaic DNA from 161 new genomes spanning 14 island groups in Island Southeast Asia and New Guinea. Their analyses uncovered large stretches of DNA that did not jibe with a single introgression of genes from Denisovans into humans in the region. Instead, they report, modern Papuans carry hundreds of gene variants from two deeply divergent Denisovan lineages.

In fact, they estimate that those two groups of Denisovans had been separated from one another for 350,000 years.

The new findings highlight how “incredibly understudied” this part of the world has been, the researchers say. To put it in context, many of the study’s participants live in Indonesia, a country the size of Europe that is the 4th largest country in the world based on population size. And yet, apart from a handful of genome sequences reported in a global survey of genomic diversity in 2016, the new paper reports the first Indonesian genome sequences.

There also has been a strong bias in studies of archaic hominins toward Europe and northern Eurasia, because DNA collected from ancient bones survives best in the cold north.

This lack of global representation in both ancient and modern genome data is well noted, the researchers say. “However, we don’t think that people have really grasped just how much of a bias this puts on scientific interpretations – such as, here, the geographical distribution of archaic hominin populations,” Cox says.

As fascinating as these new findings are, the researchers say their primary aim is to use this new genomic data to help improve healthcare for people in Island Southeast Asia. They say this first genome survey in the region now offers the baseline information needed to set that work in motion.