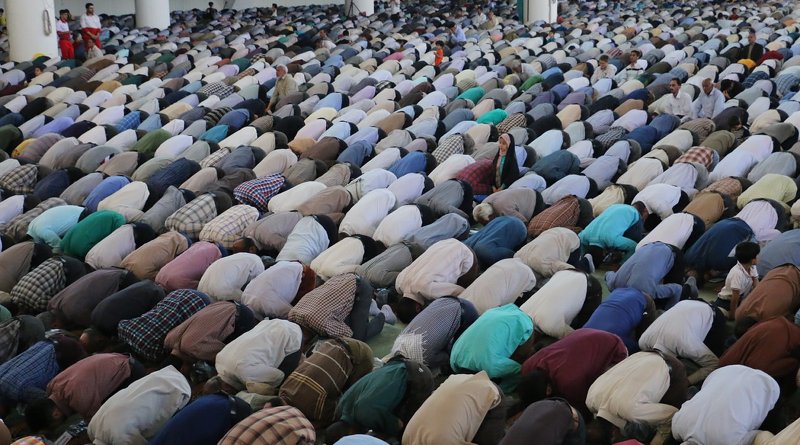 Turning to God for help during a pandemic is not unusual. It has been the practice of religion adherents for many generations.

When the Coronavirus which originated from the Chinese city of Wuhan became the major headline of global news agencies in late December last year, the worst is to be expected.  Three months have passed, we are still struggling to contain the virus. WHO has named the virus previously known as the 2019 novel coronavirus as the coronavirus disease (COVID-19), and in its assessment the COVID-19 can be characterized as a pandemic.

More than 100,000 death and 1.6million cases have already been recorded. In one of the most populous country in SEA, Indonesia estimates more than half-a-million of its population have had possible contact with COVID-19 suspects. On 18 March, Malaysia executed the Movement Control Order (MCO) to flatten the virus infection curve. Five days later, the country’s health minister announced that 212 new cases were recorded of which more than half are from the cluster linked to a Muslim missionary movement known as Tablighi Jama’at gathering at the Sri Petaling Mosque in Kuala Lumpur. In Singapore, the number of individuals infected has surpassed the 2100 mark with 7 fatalities recorded on 10 April.

The pandemic has believers of different faith turning to their respective God(s), seeking salvation from the pandemic. Some do it in solitude while others prefer a collective prayer session or attending mass gathering to listen to lectures by religious clergies. However, the threatening development of COVID-19 has resulted the call for suspension of all social gathering including the religious ones. Needless to say, such event is one of the conduits for the spread of the virus.

Global health authorities’ concern and close scrutiny on religious congregations are not unfounded. Often, because of religious sensitivities we tend to be accommodative. However, to prevent the spread of COVID-19,  some governments have decided to make an unprecedented move by calling for a temporary closure of houses of worship. The closures of the  Church of Nativity in Bethlehem, the Haram Mosque in Mecca, the Prophet Muhammad’s Mosque in Medina are some examples. Similar actions have also been taken  in Singapore and the neighbouring countries.

The actions have ruffled some feathers. Some Muslims find the temporary closure of the mosques and the banning of religious gatherings  as a  lack of faith in God. Demonstrators in Indonesia took to the streets, holding placards that urged fellow believers to fear God (by performing congregational prayer), and not, the virus. Similar movements are also visible  on  social media. Proponents and opponents of the issue made rapid exchanges online to influence the public opinion. For Muslims, the question is one of maintaining an equilibrium between the spiritual and physical well-being by continuing on the spiritual journey while adhering to medical expert guidance during the pandemic.

According to the Prophet Muhammad, people from outside should not enter lands where there is a plague outbreak. Those who are trapped inside should not leave  the place, to contain the plague from spreading. While the prophetic saying is so famous that many Muslims claimed to have read or at least heard of it. Still, some are hesitant to walk the talk. Instead, asserting their “sole trust in God”, they resited the measures taken to flatten the curve for the spread of COVID-19.

From the above, social distancing and social responsibility form the essence of the prophetic guidance. Hence, arguing against them on the basis of sole trust in God, is misplaced. Furthermore, the Prophet had rejected the action of a Bedouin man leaving his camel without tying it, justifying his act as having trust in God. On the contrary, the Prophet ordered him to tie his camel first, and afterward, put his trust in God.”

Implementing social distancing by suspending mass gathering, religious or otherwise, is a precautionary measure and crucial for two reasons. First is to stabilise the situation. No public gatherings mean lesser chances of transmission. This will allow the healthcare providers with the much-needed window to focus on the existing infected patients. The scientist will also be granted with more time to research and produce the vaccine.

Second, is to ensure the safety and well-being of  everyone. Here, the Islamic legal maxim asserts that there should be neither harm nor malice is instructive. The maxim is enshrined in one of the objectives of sharia law of preserving one’s life and that of others’. It is  manifested in the form of social responsibility – to survive and live is favoured over death so that one could serve others and does more good deed. That is the ultimate purpose of existence.

We need to face the pandemic while staying united. It is the first important step toward resilience and eventually, recovery. Each and everyone of us has a significant role in ensuring our society does not buckle under pressure. Correspondingly, everyone should place the greater public interest above his own. For the Muslims, embracing this is an internalisation of the Islamic teachings to attain God’s love.

Home » In Love With God: Beyond The Prayer Mat – OpEd