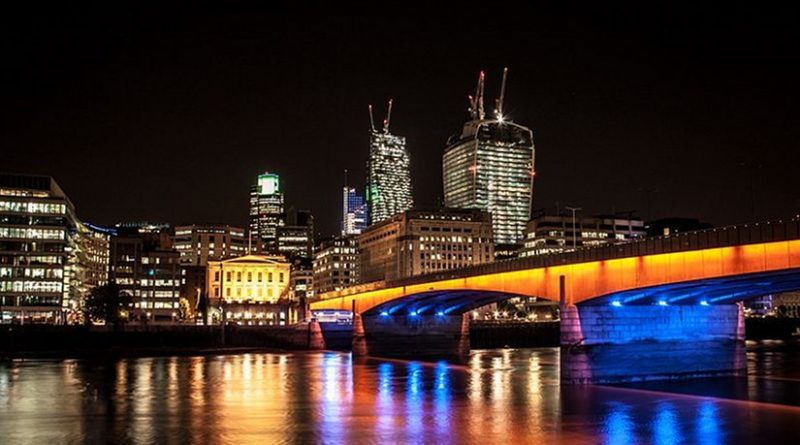 (EurActiv) — The UK is expected to suffer a 35% drop in economic output as a result of the coronavirus lockdown measures, according to forecasts by the Office for Budgetary Responsibility (OBR) published on Tuesday (14 April).

The OBR expects the UK economy to slump by 35% between March and June before recovering in the last six months of 2020, although it would still contract by 12.8% for the year as a whole. Unemployment is set to increase by more than 2 million to 10% in the second quarter, before gradually falling.

The bail-out package includes a government loan guarantee scheme for businesses hit by COVID-19, as well as a promise to cover wages for furloughed staff and the self-employed by up to £2,500 per month for at least three months.

However, little of that money has been paid out so far, with thousands of small businesses reporting difficulties in accessing the funds. Wages for furloughed employees are also yet to be paid out.

The programme, which far exceeds the scale of the rescue measures taken in the wake of the 2008 financial crash, is set to increase government borrowing to £273 billion – around 14% of GDP – in 2020.

Meanwhile, the UK’s debt burden could increase sharply in 2020-21 as a result of the recession, higher borrowing and the accounting consequences of the Bank of England’s stimulus measures, and will be above 100% for most of 2020 before falling to 95% by the end of the financial year.

But the OBR backs the government’s intervention, stating that “the government’s policy response will have substantial direct budgetary costs, but the measures should help limit the long-term damage to the economy and public finances – the costs of inaction would certainly have been higher.”

It added that “if the measures were not stringent enough to control the disease, then the economic impact from illness would be that much greater.”

In its own economic forecasts announced on the International Monetary Fund warned the virus would push the UK into its deepest slump for a century. The IMF expects the UK economy will shrink by 6.5% in 2020, while the global economy will contract by 3%.