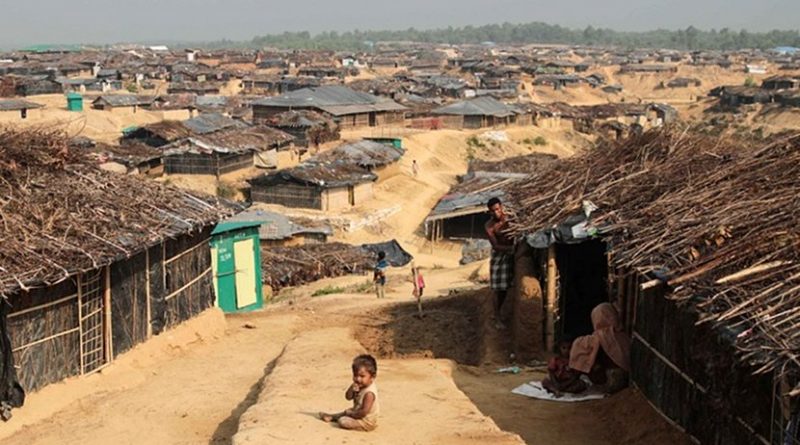 It is to the credit of Sheikh Hasina that despite intense pressure from interested groups, she has managed to keep the Rohingya issue as a bilateral one and any criticism so far has been managed internally. But with the overwhelming success of Hasina in the last General elections and an assured stability in administration for the next five years there are calls that Bangladesh should take a tougher stand as the issue has already been internationalized and more importantly the bilateral talks have stalled with no progress despite four meetings of the Joint Working Group with the last one meeting recently in the first week of this month at Naypyitaw.

A million refugees are in the camps here in Southern Bangladesh near Cox’s Bazaar with no prospect of their immediate return.

As one who has seen the situation in the refugee camps in southern Nepal some years ago, of the Bhutanese of Nepali origin who numbered about one hundred thousand, one can imagine the chaotic conditions in Rohingya camps where a million people are housed.  In Nepal the refugees were well behaved innocent people and well-disciplined and yet there were problems galore.  In the Rohingya camps, there is said to be total lawlessness and the camp officials are afraid to move around after sunset.  The ARSA is said to have already infiltrated in many camps and there have been instances of human trafficking.  Refugees have been found sneaking regularly into Mizoram and as far away as Malaysia.  Even Chennai has a small Rohingya refugee community in Kelambakkam!  In addition, there are the drug pushers and Yaba tablets are available in plenty and are being transported to other regions!

The situation has indeed been complicated by two factors- one the presence of ARSA in the camps and two, the raging civil war in the Rakhine State where both the Government of Myanmar and the Tatmadaw have vowed to crush the Arakan Army.  Unfortunately, the Arakan army is now well entrenched in Rakhine area though it continues with its training and recruitment in the Kachin Headquarters at Laiza. The Rakhines have a proud history, claiming a cultural continuity from 3000 BC to 1784 AD and the Arakan Army is popular with the people.

Left to themselves, Myanmar would not take back even a single Rohingya back and any international pressure would only throw them further into China’s lap.  The Myanmar Army Chief in his three day(?) visit to China recently specifically thanked the Chinese authorities for protecting them from international sanctions!  They cannot be fighting on one hand and at the same time prepare themselves for the orderly return of the Rohingya refugees.  They are not ready as yet even with the laws to recognize them as an ethnic unit with rights to citizenship.

Track two meetings may go on but the Myanmar government should first get to come to terms with the Arakan Army and agree for a bilateral ceasefire for peace and stability in the region.  Then and then only can anyone think of the Rohingya issue and for peaceful repatriation of the Rohingyan refugees.