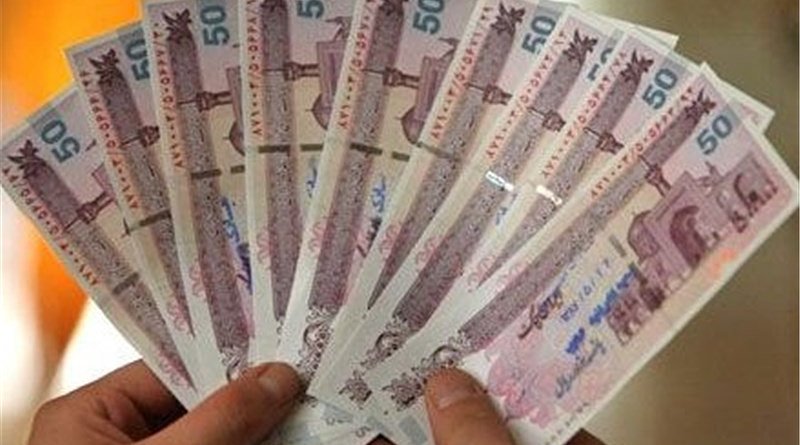 Iranian President Hassan Rouhani’s administration is claiming that it is taking important steps to improve the nation’s economy, including by using redenomination, which involves altering the face value of the nation’s currency.

The regime has introduced a bill to slash four zeros from its national currency. It also plans to change the currency from the rial to the toman. Both moves were approved by the Iranian parliament last week. The legislation will now be sent to the Guardian Council — a body of 12 religious jurists that enjoys veto power over the bills passed by parliament. This bill will most likely be approved by the Guardian Council.

Some Iranian politicians and state-controlled Persian media outlets applauded the government’s move. A front page headline in the Afkar newspaper read: “Official: Slashing four zeros from national currency to have positive impact on stock market.” Iran’s state television said that the central bank would have two years to “pave the ground to change the currency to the toman.”

However, these changes are only cosmetic and most likely implemented to save face, rather than to have an important impact on the nation’s economy. Iran’s currency has lost about 60 percent of its value in recent years. The devaluation spiked after US President Donald Trump began his maximum pressure policy against the ruling clerics and reintroduced sanctions on Iran’s energy and financial sectors. In 2017, one US dollar was worth about 30,000 rials. Now, a dollar fetches about 170,000 rials.

This means that people have to carry large amounts of cash whenever they go shopping or conduct financial transactions. The currency devaluation has also negatively impacted Iran’s image abroad. Iran’s ally, Venezuela, carried out a similar strategy in 2018, when it knocked five zeros off its national currency, the bolivar. In 2005, Turkey dropped six zeros from its currency, the lira.

Iran’s changes concerning its economy are symbolic and aimed at defusing the people’s anger and frustration with the government’s financial mismanagement. Iranians have become increasingly disaffected with the regime over the last few years, as they witness on a daily basis how the devaluation of the currency has negatively affected their living standards. The average monthly salary in Iran is about 25 million rials ($170). While this salary may have been adequate for a single person 10 years ago, the devaluation of the currency has made it worth only about $35, which significantly cuts purchasing power. The average rent in urban areas often exceeds the salaries of many full-time workers, without even taking into account other basic necessities such as food, medicine, transportation, and school fees. For example, Darioush, a full-time teacher who has been working in public schools in Tehran for more than 12 years, said: “The average teacher’s salary is around 12 million rials a month. The rent for a one-bedroom apartment in the suburbs of Tehran is about 20 million rials a month. A typical doctor visit will cost you about 1.1 million rials (approximately 10 percent of the salary).”

One step the regime should take is to tackle the high inflation. To accomplish this goal, the Iranian authorities should first alter their destructive foreign policy and become a constructive player in the region in order to have the sanctions against them lifted. If the regime changes its behavior, the US sanctions on its automotive and shipping sectors, the energy industry and currency transactions will be lifted. Iran’s oil revenues and exports, which have fallen by about 80 percent, will most likely rebound to more than 2.5 million barrels per day. The West will also begin investing in Iran again, increasing employment opportunities and revenues. The regime should also stop hemorrhaging the nation’s wealth on militias, terror groups and proxies across the region.

To improve the economy and people’s living standards, the military and ruling clerics’ controlled economy ought to be changed too. The Islamic Revolutionary Guard Corps (IRGC) and its affiliates, the Office of the Supreme Leader, and the regime’s cronies control considerable parts of the economy and financial systems. The IRGC alone reportedly controlsmore than half of Iran’s gross domestic product and owns several major economic powerhouses and religious endowments, such as Astan Qods Razavi in the northeastern city of Mashhad. Another underlying problem that should be addressed is the policymaking of Iran’s financial institutions, which are the country’s backbone. The widespread corruption within the theocratic establishment and across the political spectrum, the mismanagement of the economy by the leadership, and the embezzlement and money laundering within the banking system must be stopped in order to improve the economy.

In a nutshell, the Iranian regime’s recent moves to enhance its economy are merely symbolic. It must implement fundamental economic, social and political reforms if it is to turn around the country’s dire financial situation.