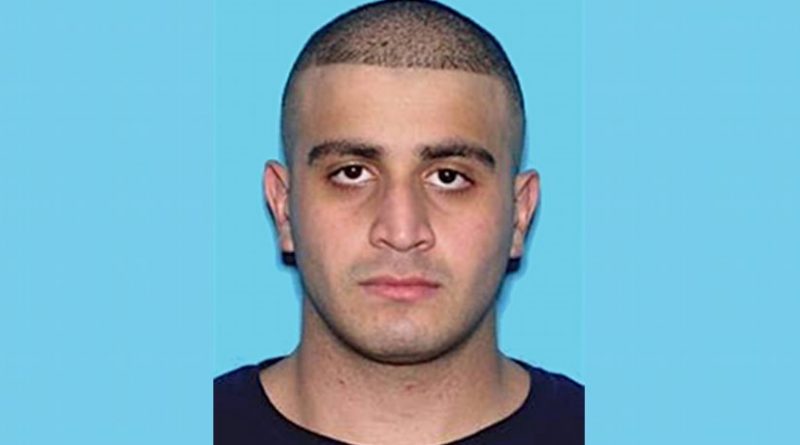 Each time an atrocity takes place in which innocent people become targets of indiscriminate violence, there is a rush to brand the violence as terrorism.

This has little to do with any widely accepted definition of the term and much more to do with a need to voice outrage and mobilize a forceful response.

If on one side everyone’s shouting “terrorism!” while others are voicing doubt, the doubters instantly get cast as being soft on terrorism.

From what we know at this time, I’m inclined to believe that the massacre in Orlando was a mass-murder/suicide disguised to look like a terrorist attack.

It has already been widely reported that Mateen’s father, Seddique Mir Mateen, said his son got “very angry” two months ago when he saw two men kissing in Miami. This was presented as evidence of the gunman’s existing and strong homophobia.

There are now indications that the foundation of Mateen’s homophobia may have been extreme ambivalence around his own homosexuality.

The ex-wife of the shooter at a gay Florida nightclub says the man enjoyed nightlife, but she’s not sure if he had any homosexual tendencies.

She says: “When we had gotten married, he confessed to me about his past … that he very much enjoyed going to clubs and the nightlife, and there was a lot of pictures of him. … I feel like it’s a side of him or a part of him that he lived, but probably didn’t want everybody to know about.”

Regulars at the Pulse nightclub in Orlando including Ty Smith, say that Mateen had been seen there on numerous occasions over an extended period.

Smith told the Orlando Sentinel that he saw Mateen inside at least a dozen times.

“We didn’t really talk to him a lot, but I remember him saying things about his dad at times,” Smith said. “He told us he had a wife and child.”

When asked about those sightings, Orlando Police Chief John Mina said he had no information.

Another Pulse regular, Kevin West, told the Los Angeles Times that Mateen messaged him on and off for a year using a gay chat app.

Smith’s husband, Chris Callen, told the Canadian Press that Mateen had been to Pulse regularly for “at least three years.”

Jim Van Horn, 71, told the Associated Press he was a frequent patron at Pulse and said another “regular” there was Mateen.

“He was trying to pick up people. Men,” Van Horn said late Monday outside the Parliament House, another gay club.

If the sight of gay men kissing provoked so much rage in Mateen, why would he have been a regular at a gay nightclub for several years, using Jack’d, a gay dating app, and trying to pick up men?

The indications suggest that what Mateen hated most was being gay. No doubt, the fact that he had been raised a Muslim, would have made his own conflicted feelings that much more intense and difficult to resolve.

To go on a rampage at the conclusion of which the gunman could reasonably expect to be killed, may have been conceived as a murderous effort to purge himself of his own feelings. And if he felt such a deep need to bury his own homosexuality, it would make sense to conjure the impression that this was an act of terrorism — and one that would predictably be applauded by ISIS.

But we don’t know — at this point, much of the above remains conjecture.

Nevertheless, since this is at least a plausible explanation for what happened in Orlando on Sunday, it’s worth looking at Donald Trump’s reaction to the massacre and considering the wildly inappropriate actions he would probably have taken had he been the president at this time.

In the name of a forceful response to terrorism, Trump would be rounding up Muslims and shutting down airports. He would (and is) fueling national Islamophobic hysteria. And all in the name of fighting terrorism.

In other words, at a time when wise leaders would be promoting gun control and encouraging similarly troubled young men to embrace their own sexuality rather than turn to violence, Trump would be creating a national security crisis.

Which is exactly why terrorism is a word that should be used with extreme caution.