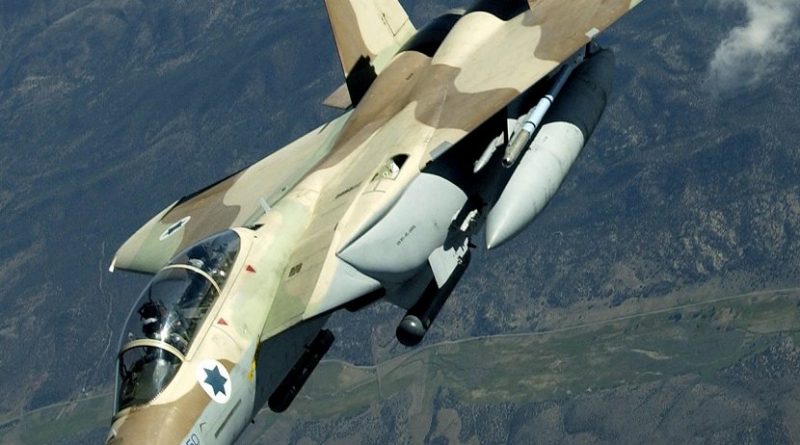 Since the beginning of this year, Syria has become a hotbed for the Israel-Iran rivalry. In April, Israeli military force bombarded T4 airbase, near Homs Governorate. Israeli foreign ministry, per its standard operating procedure, did not comment on the strike. But their officials have held that T4 is being used by Iran, which they view as a justification enough for the attack. The most interesting development, as opposed to previous strikes, was that Russia was surprisingly quick in criticizing Israel. This may be because Israel would inform Russia about its activities in advance. This time, however, Putin’s spokesman said there had been no contact between Israel and Russia before the night strike in Syria. The United States, on the other hand, was informed about it beforehand, at least according to American sources quoted by the NBC network.

This suggests that Israel-Russia’s relationship is hitting a rough patch, with Israel no longer trusting Russia’s assurance to keep Iran on the check. The assurance is part of the effort Russia has been making for some time to alleviate Israel’s concern and stop Netanyahu from agitating against the threat posed by Iranian military presence in Syria. The Israeli officials are now increasingly pushing for a more comprehensive measure to stop Iran from expanding in Syria. Recently, Israeli military chief Gadi Eisenkot have said that “the final and desired situation is the removal of all Iranian-Shi’ite forces from Syria”. Similarly, Yaakov Amidror, a retired major general and a former national security adviser to Netanyahu, said that if Iran still continues to extend its influence in Syria then a direct confrontation is inevitable. He further stressed that Israel’s policy is clear in Syria, it will not allow the Iranians to build military facilities in Syria. These opinions expressed by various defence circle has also been agreed upon with the political echelon.

On the other side of the conflict, Iranians have begun to tamp up the rhetorical escalation that has the potential to put these two countries on a path toward open confrontation. From Iranian Supreme Leader Ayatollah Ali Khamenei to IRGC generals there have been repetitive threat to wipe out ‘Zionists’ which has become a normal jargon in public forums. Though the rhetoric broadened that they will pursue every move with calculation and caution for two major factors.

Firstly, they do not want to step on Russia’s toes. Secondly, they want to constrain their actions that could further hinder the efforts to salvage internal peace and stability in the wake of Iranian protest.

This implacable aspiration to wipe out Israel from the map discredits Rouhani government’s claim to not pose any threat to the security and sovereignty of regional countries. In fact, the rift between Rouhani and IRGC widened with the eruption of a heated argument between Iranian President Hassan Rouhani and his Military Commander Mohammad Bagheri over the true intention behind launching retaliatory missiles against Israel. In the argument, Rouhani tried to explain the detrimental effect and international repercussions on the nuclear deal.

As the mutual hostility between Israel-Iran has deepened in Syria, Israel stated that their defence forces were on high-alert due to irregular Iranian activities in Syria and have ordered bomb shelters to be equipped in Golan Heights. Shortly, the Syrian state media reported that the government has downed two Israeli missiles near a military base of the capital. Subsequently, another report of Israel attacking targets of the Syrian military on the outskirts of Quneitra in the Golan Heights reverberated across the region. Prior to a week of frequent Israeli strikes, three unnamed US officials stated that Israel is preparing for military action against Iran in Syria, and is seeking US support. In addition, the officials also blamed Israel for the airstrike on a military base in Hamas and Aleppo that killed over 20 military personnel, including Iranians.

It seems that Israel has been motivated by the desire to fight sooner rather than later. Israel considers that an attack by Iran, while not imminent, is inevitable, and that delay in attacking would involve greater risk. Usually, this happens, when the balance of military capability is expected to shift in the enemy’s favour, due to the prospects that the opponent will acquire or develop a powerful new offensive or defensive capability. In this case, it is the Joint Comprehensive Plan of Action (JCPOA) brokered with Iran under Obama administration.

Israelis firmly believe that Iran as a nuclear emergence state will bring their world to the threshold of the abyss. Probably, this would be the factor for Netanyahu to urge Trump refer to the documents provided by them on the development of Iranian nuclear deal, rather than relying on the reports provided by the International Atomic Energy Agency (IAEA). A former intelligence chief, Uri Sagi has revealed that “Netanyahu’s performance was calculated to exit the nuclear agreement and “leave only military power” to leverage over Iranian behaviour. Presumably, the Iranians, Syrians, Russians and the Hezbollah would have to think that any missile attack on Israel would be met not only by Israeli air force but also with American cruise missiles.” As a result, Israel is trying to irritate temperamental IRGC in order to seek a reprisal while destroying their facilities to decisively reduce the capacity of massive retaliation.

Meanwhile, as a lead peacemaker in Syria, Putin desires to prevent the war from splintering into more chaotic and deadly phase, especially between Israel and Iran. On the pretext of the annual “Victory Day” march, which celebrates the defeat of Nazi Germany, Putin invited Netanyahu to reassure Russia’s commitments of Israeli safety in Syria against. But it seems that this time Netanyahu is keen in securing Israeli backyard solo, indicating Russia to bypass their actions in Syria in the interest of broader Israel-Russia relationship. While the detail of the conversation was not disclosed by Kremlin, Netanyahu stated that he told Putin that “it is our (Israel’s) right and duty to take steps required to safeguard our security interests.” Additionally, he also said that the previous conjecture of Moscow’s effort to stabilize Syria, would also block Israeli-cross-border strikes has been proven false, and there is no basis to think that this time it will be different.

This led Putin to send Deputy Foreign Minister Sergei Ryabkov on an errand to Tehran where he warned Rouhani about the far-reaching consequences of Iranian retribution to an Israeli strike, not least for Russia and Syria. However, before Rouhani could curb IRGC’s manoeuvrability in Syria, IRGC appears to have fallen for Israeli bait and have launched some 20 rockets at their positions in the Golan Heights. This gave Israel a solid ground to retaliate with the largest strike they have carried out in Syria since 1970 while substantiating it as an act of self-defence which is legitimate under international law. The Israeli said, its targets included weapon storage, logistic sites and intelligence centres used by elite Iranian forces in Syria. Additionally, they have also destroyed five Syrian air-defence batteries after coming under heavy fire.

Naturally, this is all being treated by the US as a completely unprovoked act of Iranian aggression against Israel, despite the fact that it was IDF which was targeting and killing IRGC troops in Syria since the beginning of this year. On the other hand, Russia is being sandwiched between Israel and Iran rivalry and is unable to pick sides, unlike the US. Probably this may be the reason for Putin to initially ask the withdrawal of foreign troops – including Iranian and Hezbollah forces from Syria, triggering a fierce reaction in the Islamic constitute assembly. Later asking his Deputy Foreign Minister to issue a statement saying that Damascus did not envisage Iran and terror group Hezbollah participating in the withdrawal of foreign forces from the war-torn country. It seems that Putin neither wants to jeopardize Russia’s achievement in Syria by clashing with Israel nor does he want to accept the downfall of Iranian troops.

While, this confusion that concerns Putin has the probability to further fuel the Iran-Israel in Syria, the swords of Damocles hangs over Assad’s head. Previously, Netanyahu guaranteed Putin that Israel has no intension of endangering Assad’s rule, as long as their strategic priority of preventing a long-term Iranian military presence in Syria, is upheld. Since that no longer persists, Israel has begun to consider the elimination of Assad in order to avoid Iranian entrenchment in Syria. Therefore, it is very significant for Russia to drag the US and other international community to the negotiation table and resolve this conflict of Iran-Israel. Otherwise, the brewing Iran-Israel conflict will soon become a Frankenstein monster which will lock the entire region into the vicious circle of spiralling confrontation in Syria.

As the COVID-19 pandemic persists, many governments are imposing (or reimposing) mandates, lockdowns, and in general, restrictions on business activity

How Governments Can Create A Green, Job-Rich Global Recovery – OpEd