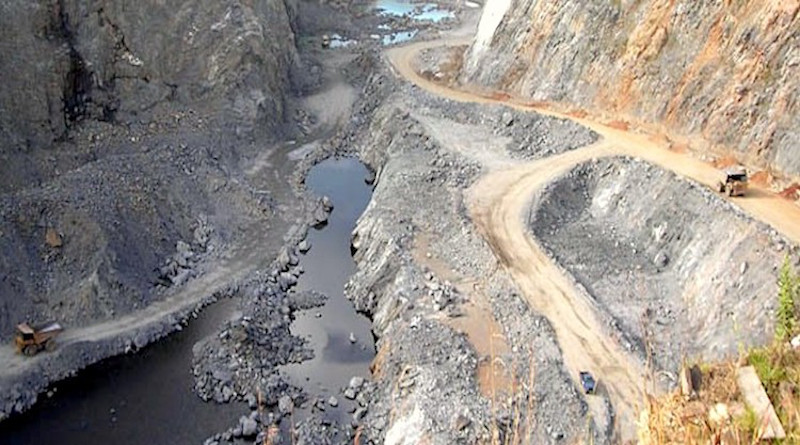 Owned by Ethiopian-born Saudi billionaire Mohammed Hussein al-Amoudi, MIDROC Gold Mine Plc has operated the open-cast mine in Guji zone of the Oromia region for more than two decades. (Image courtesy of Wardell Armstrong.)

A gold mine in Ethiopia’s most populous and restive region, Oromia, has been anything but a blessing. Residents claim that contamination from the mine, owned by an Ethiopia-born Saudi tycoon, has led to disastrous health problems.

Locals say chemicals used to process gold at the open-pit mine near Shakiso, 222 miles south of the capital, Addis Ababa, have polluted water streams and the air, causing humans and animals respiratory illnesses, miscarriages, birth defects and disabilities.

The issue worsens prospects for the re-election of the once-popular Prime Minister, Abiy Ahmed whose stronghold among the Oromo people has reportedly weakened considerably. Last fall, political protests in Oromia evolved into clashes fuelled by ethnicity and religion. Fatalities reportedly topped 100.

Quoting the UN’s emergency aid coordinating body, the New Humanitarian news service reported, the deepening unrest in the region over the past year has driven 80,000 people from their homes in the Guji area of Oromia, which includes Shakiso; robbed communities of their livelihoods and access to food and markets; and sharply curtailed aid operations.

In the current toxic health crisis linked to the residues of gold mining, children have been born with deformities, and women have had so many miscarriages they believe they are cursed; the bones of cattle have snapped like twigs, and men’s bodies have crumbled and collapsed without warning.

Unreleased studies commissioned by the government and a gold mining company obtained by The New Humanitarian reveal, among other things, that the area around the mine has the highest number of birth defects recorded in Ethiopia. Serious environmental concerns about the operations were raised back in 2018.

“We are the walking dead,” Dembela Megersa told reporter Tom Gardner, describing chronic back pains that have afflicted him for years.

A 100-kilo vat of mercury that had been stored at the mine site could not be accounted for by auditors who said they were refused access to the storage area.

Responsibility for the toxic residue has been linked to Midroc Gold, a private company belonging to Ethiopia-born Saudi billionaire Mohammed Hussein Al-Amoudi.

Despite the alleged poisoning of waters in the Lega Dembi region, an operating licence for Midroc appears set for renewal.

Midroc reportedly called the renewal a “win-win” that would require an unspecified amount of compensation to be paid. The proposal is awaiting a final decision from the government.

Meanwhile, the government has cancelled polls scheduled for May due to COVID-19 and no new date has been announced. Ethiopia has 194 confirmed cases of coronavirus, with four deaths.

The government’s mandate expires at the end of September.