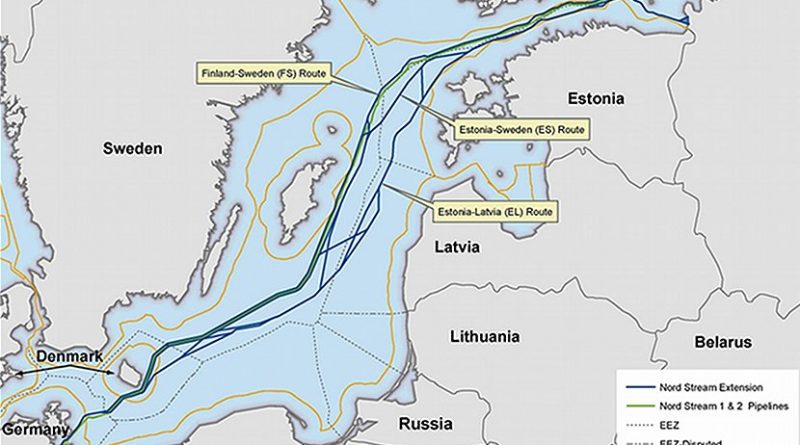 (RFE/RL) — The German government has “noted with regret” a U.S. proposal to expand sanctions over the Nord Stream 2 gas pipeline between Russia and Germany.

“New sanctions would constitute a serious interference in European energy security and EU sovereignty,” a statement by the Foreign Ministry said on June 14.

A group of bipartisan U.S. senators early this month submitted legislation to stop Russia from completing the controversial natural gas pipeline along the floor of the Baltic Sea.

To get around the legislation’s impact, Russia has sent its own vessel to the Baltic Sea to lay the remaining 160 kilometers of pipeline.

The new proposed legislation widens the sanctions in the existing law to include any entity that provides insurance, port facilities, or tethering services for the project as well as any company that certifies Nord Stream 2 for operation.

Senator Ted Cruz (Republican-Texas), sponsor of the bill introduced on June 4, said there was bipartisan consensus that the Nord Stream 2 pipeline “poses a critical threat to America’s national security and must not be completed.”

The pipeline would enable Russia to reroute natural-gas exports to Europe around Ukraine, depriving Kyiv of billions of dollars in transit revenue.