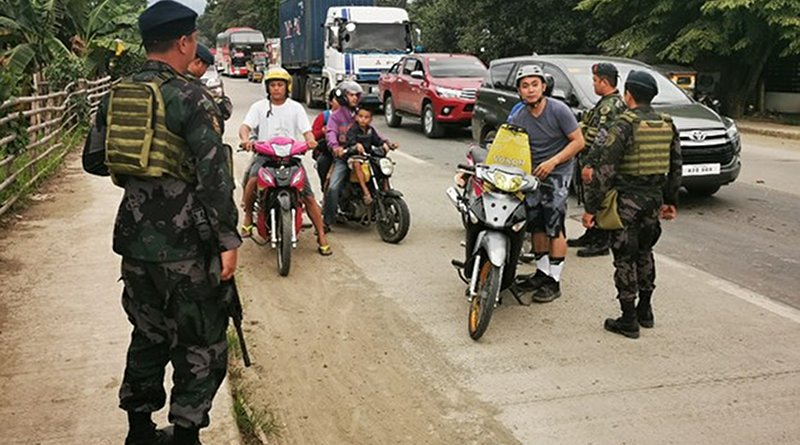 Philippine investigators are trying to determine if two Pakistanis captured by security forces in the south earlier this week have ties to the Islamic State (IS) militant group, authorities said Friday.

Officials announced that Salid Ali, 28, and Rahim Zada, 42, were captured in their hotel room in Zamboanga. The two had entered the country illegally in the southern Sulu Islands and apparently were among those being pursued by authorities, regional military spokesman Maj. Arvin Encinas told BenarNews.

“We are investigating if these two men have links with IS,” Encinas said.

Investigators did not say if the two were linked to an attack by two suicide bombers on June 28 that killed three soldiers and three civilians outside a military camp in Sulu – IS claimed responsibility for the blasts that wounded 22, mostly civilians.

DNA tests confirmed that one of the attackers was a Filipino while investigators have not been able to determine the identity or nationality of the second bomber. The Filipino was identified as Norman Lasuca, 23, an alleged member of the Abu Sayyaf Group (ASG), a Filipino militant organization linked with Islamic State.

“The security threat remains, but we can address it. Our enemies have no capability of face-to-face combat except for bomb attacks,” Encinas said.

Presidential spokesman Salvador Panelo said officials were disturbed by the confirmation of the bomber’s identity.

“It’s a cause for concern, given that this is the first time that there is a Filipino suicide bomber. It goes against the grain of the character of Filipinos,” he said.

Military intelligence reports indicate that Lasuca was a member of an ASG faction controlled by Hatib Hajan Sawadjaan, a religious elder identified by the U.S. Defense Department as the new IS leader in the Philippines.

Sawadjaan succeeded Isnilon Hapilon, who was killed near the end of a five-month battle after he and other militants seized the southern Philippine city of Marawi in May 2017.

Sawadjaan’s group has been blamed for explosions that killed 23 people at a church in Jolo, the capital of Sulu, in January. That attack took place five months after a German of Moroccan descent drove a van filled with explosives through a checkpoint in southern Basilan island, killing 11.

Jeoffrey Maitem in Cotabato, Philippines, contributed to this report.