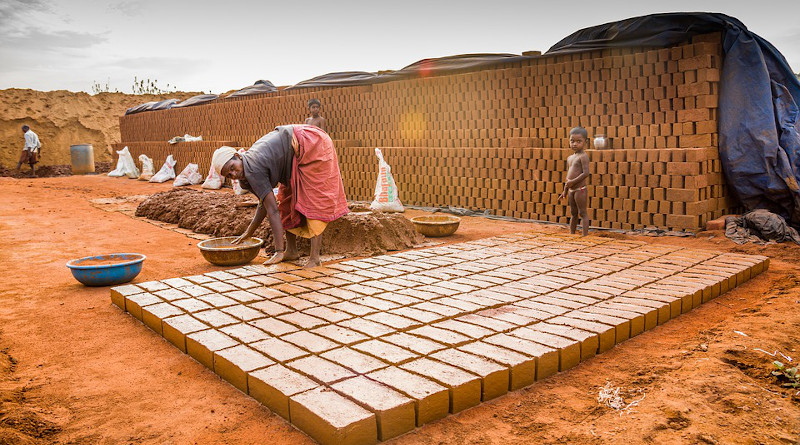 Amidst policy priorities to boost the economy during Prime Minister Narendra Modi’s novel vision of Make in India, such as land reforms, labour reforms, ease of doing business and others, bare attention was given to the state of migrant workers even though they were playing a key role in the  economy.

Migrant workers were pivotal to export oriented industries and infrastructure development in the country. With the rapid urbanization and opening of employment opportunities in the urban areas, movement of workers from rural to urban areas perked up. But little policy directives were made for the welfare and protection of the migrant workers.

This has only happened after the outbreak of COVID 19, when the hardship of migrant workers hogged the limelight. Policy makers were on toe to mitigate the chaos, notwithstanding having the law, which they forgot conveniently. The reason could be that it was never implemented effectively and neither was a major vote bank.

Given the benign numbers of a large population, India has a big pool of migrant workers. According to the Census 2011, there was a total of 56 million inter-state migrants. Of this, about 33 percent were migrant workers, according to Prof. Amitabh Kundu (RIS). They mostly originate from Uttar Pradesh and Bihar, accounting for 25 percent and 14 percent respectively.

The first legislation to regulate migrant workers was introduced in 1979, titled Inter-State Migrant Workers (Regulation of Employment and Conditions of Services) Act, 1079. Nevertheless, law remains on paper since the implementation was at a low profile. This was because it was never propped up by a major political and economical issue. Eventually, employers and contractors were given a free-hand to exploit the migrant workers, overriding the existing law.

The core points of the Act were that every contractor has to obtain licenses  from the State authority where the worker belongs and from the authority where the worker is employed. The Act stipulates that the remuneration to be paid, fixation of wages and other essential services to be provided should be explicitly mentioned in the contract agreement. In addition, suitable residential accommodation, adequate medical facilities and protectable clothing are to be provided. The Act lays down that the inspectors from the home state should visit the working place to ensure the compliance of the law, which was rarely followed.

The National Human Rights Commission (NHRC) drew the attention of Supreme Court highlighting the hardships faced by migrant workers in the wake of outbreak of COVID-19. The commission was of the view that had the government effectively implemented the Act, the hardships of the migrant workers would have been avoided. This dragged the Government to introduce a new bill, namely the Occupational Safety, Health and Working Condition Code to replace the existing law.

According to UNDP, domestic migrant workers are significant to the Indian economy. In a study, it focused  that they played an important role to improve the distribution of income across the state. Skill development and  greater access to services are the areas where they contributed a lot. The study mapped out the major sectors using migrant workers, which were construction, textile, stone-quarrying and mines, brick-kilns, diamond cutting, leather accessories, crop transplantation, ricksaw pullers, food processing, including fish and prawns, salt panning, road side restaurants and street vending.

The garment industry is another strong pillar of Indian industry, which employs a huge number of migrant workers. It contributes 2.3 percent to GDP, 7 percent in manufacturing and 13 percent to the country’s exports. According to a UNDP survey, garment employers prefer migrant workers because they are easily amenable to the existing working conditions. They are not susceptible to trade unionism.

Domestic service is another important sector of the economy, which attributes big employment opportunities and contribute to national economy. According to the survey, some 20 million in the workforce (mainly women and girls) migrated to Mumbai and Delhi from eastern regions like Bihar, Orissa, Chattisgarh, and Jharkhand.

The survey showed that migrant workers were most preferred workforce by agriculturists (such as in Punjab), industrialists and service providers , who do not require sophisticated skilled workmen. They are preferred  because they are more flexible, who can be hired and fired.

Prime Minster Narenfra Modi launched a scheme for employment opportunities to the returnee migrant workers in June 2020, titled “Garibi Kalyan Rojgar Abhiyan”. He announced an amount of Rs50, 000 crore for building durable rural infrastructure under the scheme. But, the campaign  was silent on the strict implementation of the Act, which protects the migrant workers. Eventually, the hardships of the migrant workers, particularly in urban industries, remained unnoticed.

In summing up, given the significance of migrant workers to the economy, both stricter legislations to protect them and building rural infrastructures for job opportunities are imperative.

The views expressed are personal