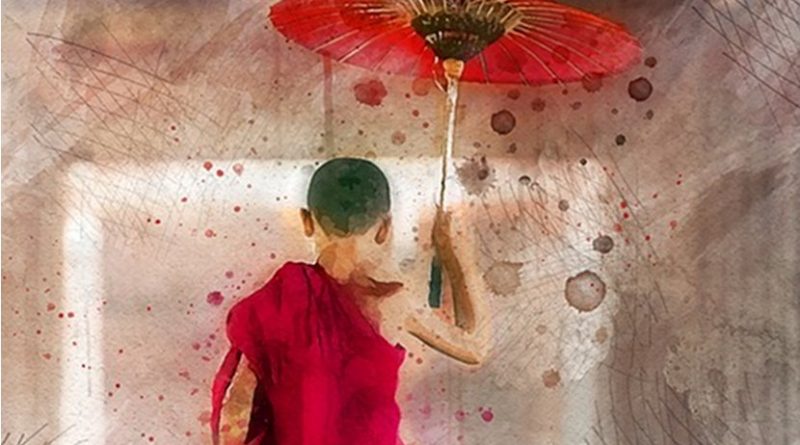 A few weeks ago, a new trade brawl commenced between Japan and South Korea which is underway to deteriorate the economic and security situation of Northeast Asia. A rift is deepening between two tech-giants over what happened during World War II. The escalating tensions between both countries are dated back when Japan colonized the Korean peninsula during WWII. The issue has come ahead in recent months when South Korea Supreme court ordered that Japanese companies and industrial firms would compensate Koreans, who were forced to work for Japanese firms during World War II.

Japan opposed the allegations and said that this issue had already been settled down during the 1965 treaty. During World War II, the exploitation of forced labours by Japanese without giving wages and using women for sexual slavery is unforgettable for Korean folks and this issue always stirred up deep emotions for them, several Koreans feel the pain even though seven decades have been passed.

Recently, the relations between both countries further exacerbated when a South Korean man set himself on fire in front of the Japanese embassy in Seoul. After the court decision of South Korea, the Japanese administration took serious actions by imposing restrictions over the export of some sensitive materials. The Japanese government banned three specialized chemicals which are required for manufacturing electronic devices, semiconductors and smartphones.

Further, South Korean electronic devices and the tech industry are dominant in the world and if Japan impedesthe exports to Seoul then it would have a ripple effect over South Korea and global tech industries. South Korean government is the biggest importer of Japanese electronics equipment and nearly $400 million worth products in last year were exported to Seoul. The worth of trade relation between both countries is approximately $80 billion per year which is larger than France and Britain bilateral trade, so the brinkmanship policy would be calamitous for both tech-giants. In short, the historical territory and forced labour disputes have been swiftly turned into a complex diplomatic deadlock in recent time after Supreme Court, to counter South Korea authority, Japan is using trade and commercial economic activities as a tool of weapon.

Japan administration reiterated that we have been resolved this matter in 1965 treaty and again asked for arbitration but Seoul rejected the proposal with the third party. After these steps, the Japanese foreign minister summoned the South Korean ambassador and responded that it’s explicitly regrettable that an arbitration framework hasn’t been set-up. In addition, Japanese foreign minister explicates that I will strongly urge the Seoul government to take some comprehensive steps to overcome misunderstandings but South Korea responded that it was Japan who violated humanitarian illegal acts. Seoul administration is cleared about their stance that Japan is continued to demand a resolution of this issue through arbitration with a unilateral approach.

Japan also intimidated Korea to impose sanctions over 850 exports products including civilian and military as well, any embargo from both counterparts will be economic destruction. The Korean government hasn’t taken any countermeasures against Japan and saying that we’ll bring this matter to the World Trade Organization, Some Korean investors are boycotting Japanese markets/products. As far as public opinion is concerned, they have also started a protest to boycott visits, Japanese products and firms. The intentions of Tokyo to halt the export of sensitive materials to South Korea is based on security measures because the utility of these chemicals is dual purposes, civilian as well as military. Japan also blamed Seoul for sending these chemicals and sensitive materials illegally to North Korea which could be a major security threat for regional stability. Japan added that we’ll remove South Korea from top trusted trade partners group due to violation of world trading system. It is also possible that counting these steps could be retaliation against Korean Supreme court order because the timing of these actions are quite proportional because as the Court has given the decision, Japan has imposed restriction over exports.

Experts stated that South Korean tech industries manufacture half of the world’s semiconductors, electronic devices and more than 80 per cent of smartphone screens. South Korean tech giants are dependent on sensitive chemicals like Hydrogen fluoride, photoresists and fluorinated polyimides which have been banned recently by Japan. In the first few months of 2019, Seoul imported these chemicals about 94% which indicates the massive reliance over Tokyo. The chemical industry contributed to Japanese GDP is accounted for 8.3% and the trade worth of these chemicals was approximately $57 billion in 2017.

Latest economic evaluation report scrutinized that Seoul trade deficit was more than $24 billion in 2018 due to the downfall of high-tech products. In short, trade protectionism policies are being followed by Tokyo for strategic interests. After imposing sanctions and restrictions over sensitive materials, every investor will ask for permission each time to export these specific chemicals and this process can take up more than three months. Korean officials also presumed that these restrictions are not all about trade protection or based on security measures but only political and diplomatic means are behind this conflict. Seoul administration head Moon Jae-in said that we must have to prepare for prolonged trade Impasse and looking forward to revoke the intelligence Sharing network with Japan. Most probably, it will also destabilize northeast Asian security and the strategic trilateral cooperation between USA, South Korea and Japan could crumble in future.

As much as their relations would worsen, regional actors would become more beneficial from the on-going conflict. The relationship between two U.S allies have been aggravating due to historical disagreements, halted bilateral trade and relations. If they haven’t resolved the matter then obviously the global tech industry and major countries interests will be suffered. It’s also possible that South Korean tech-firms might start sourcing by diversifying producers of these chemicals elsewhere to maintain the economic activities at domestic level as well as International level. If Japan didn’t revoke their decision then it’s possible that South Korean may explore another market or to start work on domestic chemical sites.

The region is already facing negative implications of US-China trade war which shocked thetech-industries, the ordinary masses suffered a lot due to this war by a sudden increase of tariffs over exports. Ramifications for the regional and global economy will be intensified and Japan also proposed a plan to remove Seoul from most favourite trade partnership list. Most interestingly, South Korea is only one of the country who got permission to import sensitive materials for productions from Japan. Similarly, other regional flashpoints include that South Korea wants warm cordial relations with North Korea and China but Japan has been following a tough approach against Pyongyang and Beijing because Japan examines China as a regional competitor.

So, the matter of contention is much more complicated than historical grievances, which leads to bilateral trade Impasse. Most importantly, this dispute could be a weak front for China and North Korea to counter the USA interest in Eastern Asia. Trump stated that If this trade dispute doesn’t resolve then it could intricate the efforts to deal with North Korea and the rest of the regional threats. China could get maximum benefits and Competition edge in various perspectives either it is economic, political or diplomatic. Korean also assumed that Japan reckless behaviour will not just affect the economic relations but it is expected to grossly affect the world trade order in other countries.

In General, the decision of imposing restrictions on several products would be itself harmful toJapanese Economic growth because these chemicals also contribute mainly to GDP. The regional supply chain of goods and services are already facing huge depreciation due to the Chinese-US trade war. Currently, the main priority of Northeast Asia countries is to find new markets for imports and exports to overcome economic stagnation. It will be another tit-for-tat war and the ramifications will be terribly damaging. The economic aspect is a bridge for political and diplomatic cooperation between both countries. As a whole, Japan has asked for arbitration to resolve the matter but South Korea is intended to raise the matter with the International Community.

Both countries are ready for diplomatic negotiations and compromise but South Korea rejection of third-party talks is making the matter more ambiguous. Japanese want to be more assertive in the political arena but it’s not possible that both of them will get whatever they want. Any Impasse over trade dispute will affect the various domain of cooperation and their service-based economy will also suffer. It could further complicate and exposed their economic strength. They must have to move forward to restore their bilateral relations, otherwise, the collateral economic damage will stagnate the growth rate and will jeopardize the regional stability. Tokyo and Seoul must have to opt some constructive steps to improve the bilateral nexus. Consultation mechanism and the diplomatic channel would be only linchpin to roll back opening doors for trade and restoring bilateral nexus.

*Zakir Ullah Is an Independent Researcher, based in Islamabad, Pakistan, holds graduate degree in international relations and has a keen interest in International Political Economy, Defence and Strategic Studies, Geopolitics and Current affairs.