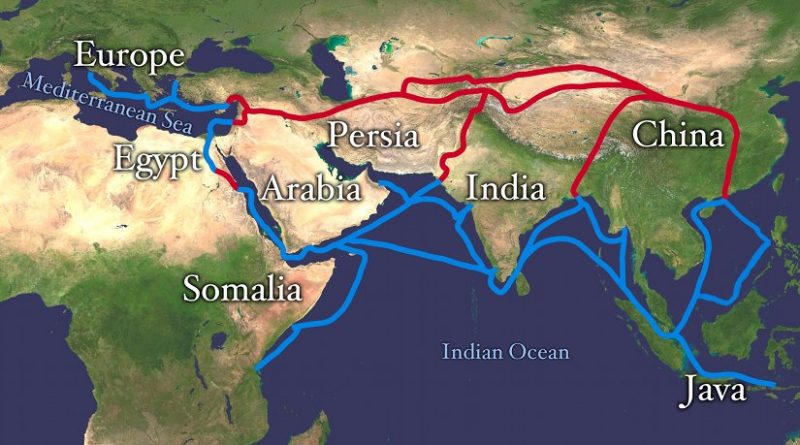 The Belt and Road Initiative, and the Free and Open Indo-Pacific, have new dimensions and new players. But how are these concepts unfolding, and will they move past existing pitfalls?

By Nazia Hussain and Amalina Anuar*

Both the Free and Open Indo-Pacific (FOIP) and the Belt and Road Initiative (BRI) are being updated for a post-pandemic world. Yet while crisis provokes, it also reveals. The pandemic is not only laying bare innovations in multilateral mechanisms, but also illuminating the strengths and weaknesses undergirding these strategies — ones that are intrinsic to greater cohesion within these mechanisms.

In recent months, Beijing has switched gears to highlight the Digital Silk Road (DSR) and Health Silk Road (HSR) — two pre-pandemic initiatives that have gained new credence as the physical BRI gets put on pause. The DSR could make further inroads globally as the pandemic accelerates digitalisation. But as it covers a range of issues, from e-commerce and smart cities to 5G networks, progress will be uneven.

Cross-border e-commerce cooperation is likely welcome amidst a broader milieu of protectionism and plummeting economic growth. But Chinese technological offerings will see greater pushback and external shocks induced by the United States and its allies.

These market players are key enablers of the DSR. But in the face of disrupted supply chains, sanctions and negative press — which could intensify as Beijing injects the DSR with greater nationalist overtones and more state intervention — substantively delivering on the DSR going forward could be an even bumpier road.

The HSR, meanwhile, is picking up pace since its inception in 2015. China’s medical diplomacy has found a receptive audience — particularly in countries disadvantaged in the race to secure medical supplies and vaccines, and struggling with under-resourced healthcare systems.

But a greater endorsement of the HSR could face an uphill battle: Beijing’s handling of COVID-19 has invited much scrutiny, whether for scapegoating to deflect from domestic failings or actual transparency concerns. The HSR’s trajectory too will be two-speed at best, given these mixed reactions. Like the BRI in general, it is a victim of anti-illiberal sentiments but also of Beijing’s own political choices.

Enter the “Quad Plus”

While COVID-19 has, at least for the time being, altered the course of traditional economic diplomacy, the pandemic has also presented an opportunity to realign the focus of Indo-Pacific cooperation and the Quad towards tackling health security at an operational level.

The four Quad countries ─ Australia, India, Japan and the United States ─ have been meeting in a “Quad Plus” format along with New Zealand, South Korea and Vietnam to discuss issues of cooperation such as trade facilitation, vaccine development, challenges of stranded citizens, assistance to countries in need, and sharing technologies.

These recent weekly Quad Plus meetings may be an early sign of how the regional multilateral architecture could change. With various articulations of the Free and Open Indo-Pacific (FOIP) floating around, the Indo-Pacific concept has largely been greeted with cautious hesitation, not least because its conceptualisation, scope and modus operandi remain unclear.

Wary of the China-containment narrative associated with the FOIP and its Quad mechanism, Indo-Pacific countries such as New Zealand and South Korea had been reluctant to ardently endorse the concept, lest they be seen as choosing sides in the US-China strategic competition. It is therefore of some significance that Wellington and Seoul have been participating in the Quad Plus meetings.

However, the Quad is relatively uncoordinated at the moment, partly due to unreliability of the US. Also, there is a lack of consensus within the Quad on how to address the magnitude and urgency of the China threat and chart an adequate response.

New partnerships and dimensions of cooperation (and competition) could inject vigour into these geopolitical projects. But whether they will — or can — self-diagnose their weaknesses is another question altogether.

A transparency deficit still bedevils the BRI overall. This has been addressed somewhat with the push towards greater multilateralisation vis-à-vis the physical BRI. But it remains to be seen whether transparency and good governance along the physical BRI alone is sufficient to secure greater endorsement.

Transparency issues vis-à-vis the technologies featured in the DSR and HSR cannot be mitigated via similar means because they are considered inextricable with authoritarian governance and China-induced economic, military and technological insecurity. Opposition to the BRI turns on broader anti-illiberal sentiments.

Wariness on the part of Washington and its allies towards the BRI may thus persist short of an overhaul of the Chinese political-economic model — an unlikely option on Beijing’s end.

The Indo-Pacific’s multilateral structure encourages greater buy-in, but it remains saddled with the China-containment narrative. A Biden White House in lieu of a Trump re-election could reset geopolitical dynamics. But there is unlikely to be a major departure from the main tenets of US Indo-Pacific strategy away from military-strategic considerations vis-à-vis China.

Although the US does not overtly state FOIP as a containment mechanism aimed at China, the buzzword being “free” already defines the conditionality associated with the concept. While stressing that no one is excluded, the US aspires to a regional order of independent nations in the Indo-Pacific.

This regional order is characterised by the defence of its populations, respect for human dignity, fair competition in the marketplace, and freedom from great power domination. Thus, it may not be easy for China to be part of the FOIP even if Beijing wished to be included. The China-containment narrative is likely to stick.

Connotations attached to the BRI and Indo-Pacific will probably persist, owing to fundamental differences in political-economic models. Easing stark conflicts between the two and their advocates for greater buy-in is, nonetheless, still possible.

Beyond continued BRI multilateralisation, China could reduce actions seen as dividing members of regional blocs, and dial down ‘wolf warrior diplomacy’ and disinformation along the DSR and HSR. Warlike rhetoric, heavy-handed coronavirus spin, and smear campaigns in the countries it is trying to engage with does the BRI no favours. Ultimately, China needs to build up trust.

Meanwhile, the Indo-Pacific powers could look into offering initiatives that are not rolled out with the sole purpose of providing competition to China’s BRI, whether in infrastructure development or health diplomacy. The US needs to be able to frame the FOIP as one that is not about containing China but supporting feasible programmes of development with respect for sovereignty to make it palatable for countries to sign up for the concept.

*Nazia Hussain and Amalina Anuar are Senior Analyst and Research Analyst respectively with the Centre for Multilateralism Studies (CMS) at the S. Rajaratnam School of International Studies (RSIS), Nanyang Technological University (NTU), Singapore. This is part of an RSIS Series.