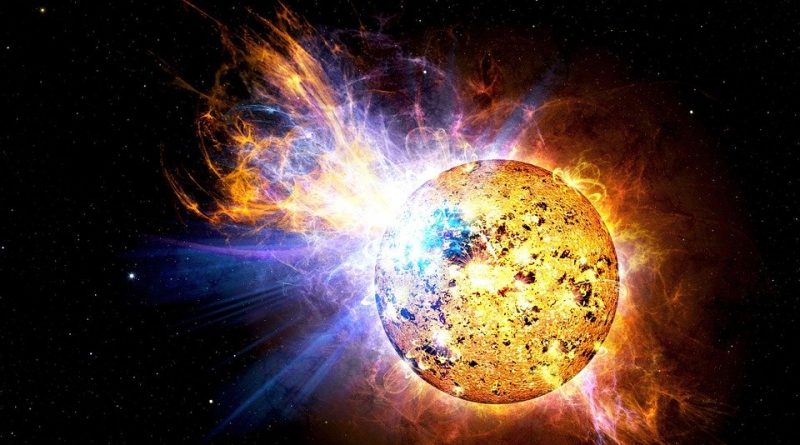 Scientists at Skolkovo Institute of Science and Technology (Skoltech), together with colleagues from the Karl-Franzens University of Graz & the Kanzelhöhe Observatory (Austria), Jet Propulsion Laboratory of California Institute of Technology (USA), Helioresearch (USA) and Space Research Institute of the Russian Academy of Sciences (Russia) developed a method to study fast Coronal Mass Ejections, powerful ejections of magnetized matter from the outer atmosphere of the Sun.

The results can help to better understand and predict the most extreme space weather events and their potential to cause strong geomagnetic storms that directly affect the operation of engineering systems in space and on Earth. The results of the study are published in the Astrophysical Journal.

Coronal Mass Ejections are among the most energetic eruptive phenomena in our solar system and the main source of major space weather events. Huge clouds of plasma and magnetic flux are ejected from the atmosphere of the Sun into the surrounding space with speeds ranging from 100 to 3500 km/s. These gigantic solar plasma clouds and the accompanying powerful shock waves can reach our planet in less than a day, causing severe geomagnetic storms posing hazards to astronauts and technology in space and on Earth.

One of the strongest Space Weather events occurred in 1859 when the induced geomagnetic storm collapsed the whole telegraph system in North America and Europe, the main means of communication for business and personal contacts in those days. If such an event occurs today, then modern devices are in no way protected. We may find ourselves without electricity, television, the Internet, radio communications which would lead to significant and cascading effects in many areas of our life.

Only a few years ago, in July 2012, an outburst of energy comparable to the event in the 19th century occurred on the Sun, but we were lucky because these outbursts did not touch the Earth. According to some experts, the damage from such an extreme event could cost up to several trillion dollars and the restoration of infrastructure and the economy could take up to 10 years. Thus, understanding and forecasting of the most hazardous extreme events is of prime importance for the protection of the society and technology against the global hazards of Space Weather.

The current research resulted from an earlier work of Dr. Alexander Ruzmaikin, a former Ph.D. student of Academician Yakov Zeldovich and Dr. Joan Feynman, who has made important contributions to the study of Sun-Earth relations, the solar wind and its impact on the Earth magnetosphere, and who is the younger sister of Nobel Prize laureate Richard Feynman. In the current study, it was shown that the strongest and most intense geomagnetic storms are driven by fast Coronal Mass Ejections interacting in the interplanetary space with another Coronal Mass Ejection.

Such interplanetary interactions among Coronal Mass Ejections occur in particular when they are launched in sequence one after another from the same active region. This type of ejection can be characterized using the concept of clusters that also generates an enhanced particle acceleration compared to the isolated plasma cloud. In general, the detection of clusters has important applications in many other extreme geophysical events such as floods and major earthquakes, as well as in interdisciplinary areas (hydrology, telecommunications, finance, and environmental studies).

“Understanding the characteristics of extreme solar eruptions and extreme space weather events can help us better understand the dynamics and variability of the Sun as well as the physical mechanisms behind these events,” says a research scientist of the Skoltech Space Center and the first author of the study, Dr. Jenny Marcela Rodríguez Gómez.

Now we are at the beginning of a new 11-year cycle of solar activity, which, according to the predictions, will not be very strong. “However, this does not mean that no extreme events can happen”, says professor Astrid Veronig, co-author of the study and director of Kanzelhöhe Observatory of the University of Graz. Historically, extreme space weather events occurred during not-so-strong cycles or during the descending phase of a cycle. At the peak of the solar cycle, vast amounts of energy are released in the form of numerous Solar Flares and Coronal Mass Ejections. whereas during the descending phase of a cycle the energy accumulates and may be released in single but very powerful events.

“Therefore, our modern technological society needs to take this seriously, study extreme space weather events, and also understand all the subtleties of the interactions between the Sun and the Earth. And whatever storms may rage, we wish everyone good weather in space,” says Tatiana Podladchikova, assistant professor at the Skoltech Space Center, research co-author.