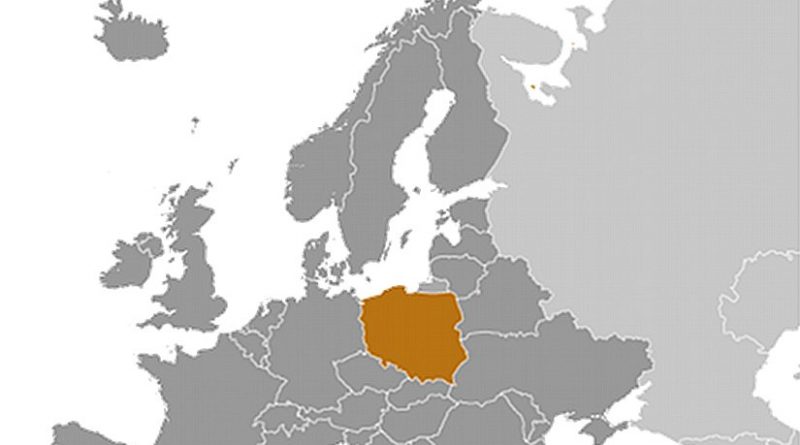 The US continued Thursday with its plans to roll out its Missile Defense program in Europe, as it signed a key agreement with Poland.

“The United States and Poland are pleased to jointly announce that the Ballistic Missile Defense Agreement of 2008 and its Amending Protocol of 2010 on deployment of the land-based SM-3 system within Poland has entered into force, effective September 15, 2011,” the two nations said in a joint statement.

“The U.S. Ballistic Missile Defense system will be located at Redzikowo Base as a part of the European Phased Adaptive Approach to missile defense in the 2018 timeframe. This base represents a significant contribution by our two nations to a future NATO missile defense capability,” the statement continued.

President Obama, in a White House statement, said “our new missile defense architecture in Europe will provide stronger, smarter, and swifter defenses of American forces and America’s Allies. It is more comprehensive than the previous program; it deploys capabilities that are proven and cost-effective; and it sustains and builds upon our commitment to protect the U.S. homeland against long-range ballistic missile threats; and it ensures and enhances the protection of all our NATO Allies.”

Follows On Heels Of Similar Agreement With Romania

Thursday’s signing follows a similar one on Tuesday with Romania to implement the Ballistic Missile Defense System, specifically a land-based SM-3 ballistic missile defence system in southern Romania. EurActiv reported that the US will have exclusive command and control of the anti-missile system in Romania, with a total of 500 US military personnel could be stationed in that country.

US Secretary of State Hillary Rodham Clinton said the agreement with Romania was as “a critical step in implementing the Phased Adaptive Approach to missile defense in Europe.”

Russia has been critical of the agreements.

“The agreement with Romania on the deployment at the former Air Force base Deveselu of the land-based SM-3 ballistic missile defence system, as well as the recent announcement of the forthcoming deployment in Turkey of the US AN/TPY-2 radar, shows that US anti-missile plans are being implemented swiftly and according to schedule,” the Russian Foreign Ministry said, a quoted by RIA Novosti.

It has been widely reported that Russia views the U.S.-led missile defense plans as a potential threat to that nation’s security. Upon that backdrop, Russia was pushing to cooperate on the missile shield, but insisted the system be run jointly.

President Obama has said that he is committed to protecting the United States, U.S. deployed forces, and European Allies and partners against the growing threat of ballistic missiles.

In September 2009, on the recommendation of the Secretary of Defense and Chairman of the Joint Chiefs of Staff, Obama announced the European Phased Adaptive Approach (EPAA) “for missile defense to provide that protection sooner and more comprehensively.”

“Over the past two years, working together with our NATO Allies, the Administration has achieved significant progress in implementing that approach, and we are on a path to achieve the milestones the President outlined,” according to the White House statement.

Since the announcement of EPAA, the Administration has made clear its desire to implement EPAA in a NATO context, the White House said, adding that “At the Lisbon Summit in November 2010, NATO made the historic decision to endorse a missile defense capability whose aim is to provide full coverage and protection for all NATO European populations, territory, and forces against the increasing threats posed by the proliferation of ballistic missiles.”

According to the White House, “This decision is consistent with our efforts to broaden and strengthen NATO’s deterrence posture against the range of 21st century threats the Alliance faces. NATO also agreed to expand its current missile defense command, control, and communications capabilities to protect NATO European populations, territory, and forces. Allies at Lisbon welcomed the EPAA as the U.S. national contribution to NATO’s missile defense capability, as well as welcoming additional voluntary contributions from other Allies.”

According to the White House, there are four phases of the EPAA to be implemented over the rest of this decade.

“Moving forward, the Administration will continue to consult closely with Congress and with our NATO Allies to implement the vision the President set forth in September 2009. We will also continue to rigorously evaluate the threat posed by ballistic missiles and the technology that we are developing to counter it. The United States remains committed to cost-effective and proven missile defenses that provide flexibility to address emerging threats,” the White House said.