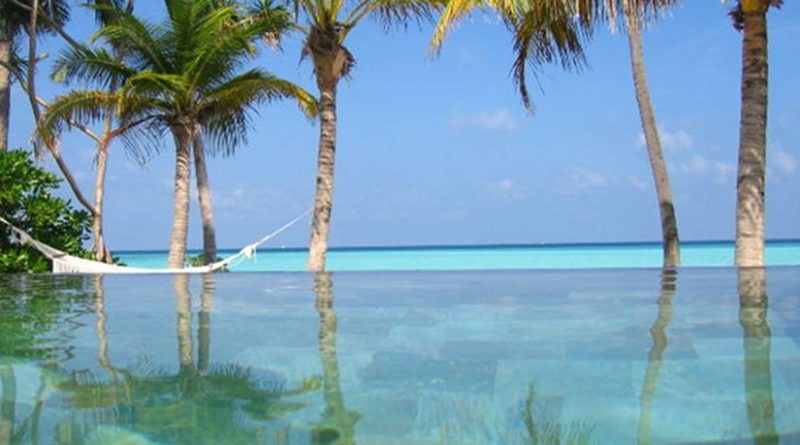 Sri Lanka, a country which maintained an excellent record in health indices for several decades has achieved yet another landmark by eradicating malaria, a disease that killed more than 35,000 people in a single year (1934), less than a century ago. The World Health Organisation has certified that Sri Lanka is a malaria-free nation on September 5, 2016.

The WHO regional director Poonam Khetrapal Singh, who made the announcement at the 67th Meeting of the WHO Regional Committee held in Colombo earlier this week, emphasized the significance of this achievement pointing out that Sri Lanka had been among the most malaria-affected countries in the mid-20th century.

The only other country in South Asia to get rid of malaria is the Maldives and in the relatively more affluent region of South East Asia only Singapore has this distinction. But, those two countries have less than a quarter of Sri Lanka’s 21 million population. Furthermore, Sri Lanka succeeded in this campaign while facing a three-decade long civil war that placed strict limitations on resource allocation.

As the WHO said in its citation, Sri Lanka began its anti-malaria campaign by successfully targeting the mosquito-borne parasite that causes the disease, not just mosquitoes. “Sri Lanka’s achievement is truly remarkable. The change in strategy was unorthodox, but highly effective. Mobile malaria clinics in high-transmission areas meant that prompt and effective treatment could reduce the parasite reservoir and the possibility of further transmission. Health education and effective surveillance also helped the campaign,” The WHO statement said.

President Maithripala Sirisena received a Special Award of Excellence for Health Care from WHO Director General Margaret Chan at the 67th Meeting of the WHO Regional Committee.

In April 2014, President Sirisena, then as Health Minister, made an announcement on malaria eradication at a function to mark the World Malaria Day. “It is with great pride I state that this is an occasion for our nation to celebrate the total eradication of indigenous malaria from the soil of Sri Lanka. From over 400,000 malaria cases two decades ago, the disease has been reduced to zero in October 2012, an achievement of utmost significance. It gives us a great satisfaction to note that the country has been free of locally acquired malaria since then.”

The elimination of indigenous malaria from Sri Lanka is a historic milestone considering the colossal cost caused by this dreaded disease to Sri Lanka over the years, President Sirisena said. “Over the centuries, malaria cost Sri Lanka innumerable lives, aggravated poverty, weakened our human resources causing immense harm to the economy and impaired education of many school children.”

Sirisena said that the efforts of many made it possible to eradicate malaria – sound policies and commitment of successive governments which sustained and expanded the health services and anti-malaria research programmes and dedicated healthcare staff in preventive and curative sectors who worked tirelessly in remote rural areas. The support and cooperation given by the World Health Organizations and other institutions made this achievement possible, he said.

Sri Lanka began its anti-malaria campaign in 1911 just ahead of the disease peaking at 1.5 million cases and almost achieved malaria elimination in 1963, when just 17 cases of the disease were recorded but funding was diverted and malaria took hold again. It took five decades to recover the ground lost against the disease.
According to the Ministry of Health, Sri Lanka had 400,000 malaria cases in 1991 and it was down to 1000 cases in 2006. Finally the figure was reduced to zero cases by November 2012. Since then, strict vigilance was maintained to prevent parasites re-entering the country. The anti-malaria campaign worked with local and international partners to maintain surveillance and screening.

According to the latest estimates from WHO, there were 214 million new cases of malaria and 438,000 deaths from the illness worldwide in 2015. The African region accounted for most, or 88%, of new cases followed by the Southeast Asia at 10%, and the eastern Mediterranean at 2%.

In Southeast Asia as many as 1.3 billion people are estimated to be at risk from the disease, according the World Malaria Report 2015 published by WHO.

The WHO has targeted eliminating malaria in at least 35 countries more countries by 2030 with India and Indonesia expected to meet the target. However, the WHO said annual funding for malaria will need to triple over the next 15 years, from the current $ 2.5 billion to $ 8.7 billion by 2030 to achieve this goal.

Health Minister Dr Rajitah Senaratne, who received the malaria-free Sri Lanka citation from the Regional Director said, “We are very proud of this achievement and it should be dedicated to our exceptional medical professionals.”

“Sri Lanka’s achievement is truly remarkable,” the WHO statement said. “The change in strategy was unorthodox, but highly effective. Mobile malaria clinics in high-transmission areas meant that prompt and effective treatment could reduce the parasite reservoir and the possibility of further transmission.”

However, Sri Lanka should not be complacent with this achievement, said former Director of Sri Lanka’s Anti-Malaria Campaign Dr. Risintha Premaratne. “Our biggest challenge is to ensure monitoring. International funding for Sri Lanka’s anti-malaria campaign ends in 2018 and after that the full financial responsibility falls on the government,”

Although, Sri Lanka succeeded in eliminating malaria parasite from its soil, the other forms of diseases carried by mosquitoes such as dengue are raising their heads. For the last ten years, the number of dengue patients increased by 5% to 10% every year posing a major threat.

Sri Lanka’s government has assured additional funds for anti-dengue campaigns and continued support to continuation of current anti-malaria programme until 2018.

The medical researchers express doubts over the future of Sri Lanka’s commendable health service standards. “We have only one medical research institutes in the country and that too lacks sufficient staff to handle laboratory tests,” a senior researcher said. “We have now stopped tests on meningitis and several other diseases as we don’t have enough laboratory technicians”.

Medical officers in rural hospitals lament that there work is hampered by shortage of medicine and staff. Minister Senaratne is, however, optimistic about future. “We plan to increase health sector allocations in the Budget for 2017. Furthermore, we have increased intake of nurses and medical technicians. We have also taken effective steps to reduce the cost of medicine and I am confident that the standards could be maintained,” he said with confidence.

*Sugeeswara Senadhira is Director (Research & International Media), Presidential Secretariat, Colombo. Comments and suggestions on this article can be sent on: [email protected]