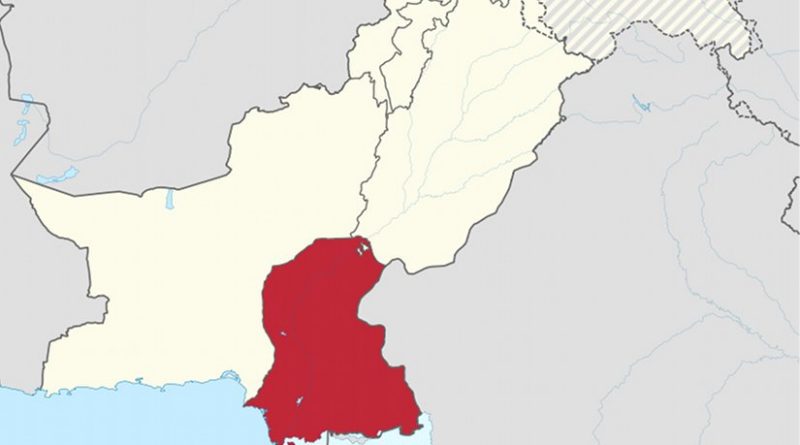 The demand for independent statehood of Sindh (Sindhudesh/ Sindhustan) is not a latest phenomenon and definitely not a reaction to the ongoing upsurge of Baloch separatism. In Pakistan, Sindhi deeply feel the negation of their ‘Sindhi’ identity, which is five thousand years old. They appear just unwilling to sacrifice their thousands years nationhood over the seventy years of Pakistan.

Sovereignty of Sindh has been violated in Pakistan at various times. Karachi was illegitimately separated from Sindh against the will of the Sindhi nation in 1948. The status of province-hood of Sindh was canceled and a unitary political system was adopted. Besides, reading, writing and name-tags in Sindhi and Bengali languages were also banned during 1960s. Hundreds of thousands acres of fertile lands of Sindh that became arable due to the commissioning of Guddu, Sukkur and Kotri barrages in Sindh on river Indus were allocated to Punjabis as well as gifted to military officials and Punjabi civil bureaucracy.

The term Sindhudesh was coined in 1972 by G. M. Syed. He proposed the formation of an independent nation for the Sindhis under the name Sindhudesh. It was a sort of continuation of separatist movements initiated by people of East Pakistan.

Sindh has also suffered in terms of exploitation of resources. MNCs extract uranium and copper, oil and gas, coal and gold from Sindh because Sindh is one of natural resource richest belt of South Asia. Unfortunately, Sindhis are not only refused employment opportunities in these MNCs, the royalties of these resources are taken by the federal government. Even the funds allocated for the Corporate Social Responsibility (CRS) are not spent on the development in the districts of Sindh.

Moreover, demography of Sindh is being attempted to be changed. Mass migration of Punjabis from Pakistani Punjab, Afghan, Biharis from Bangladesh, and Rohingya Muslim from Myanmar are being settled in Sindh, especially Karachi and Hyderabad in search of better financial prospects. Fake Permanent Residence Certificates (PRCs) and Domiciles are issued to non-Sindhi outsiders so that they may get the employments on the quota as well as resources of Sindh.

Sindh separatist organisations like Jeay Sindh Qaumi Mahaz (JSQM), and Sindhu Desh Liberation Army (SDLA) have frequently raised voice and protest movements for independence of Sindh. On March 23, 2014 JSQM organised a massive ‘Freedom March’ in Karachi. The people from across the province, particularly from the Karachi city, rallied at the Tibet Centre, with the protesters holding party flags and chanting slogans demanding freedom of the Sindh from the Pakistan. In addition to the JSQM, representatives of other Sindh rights political parties attended the protest including Sindh United Party (SUP), Sindh National Party (SNP), Jeay Sindh Mohaz (JSM), Sindh Tarqi Passand Party (STPP), Qaumi Awami Tehreek (QAT). Earlier in early 2012, railway tracks at around 14 different locations across Sindh were damaged in a series of bomb blasts. Pamphlets recovered from these sites carried the name of SDLA, issued by its Chief Commander Darya Khan Marri.

For the survival and continuance of sovereignty, Pakistan needs to take into account various demands of generated by its people. The country will survive only if there is accord among the people on how they want to live and how they want to govern the affairs of their country.

*Sanchita Bhattacharya is a Post-Doctoral Fellow, UGC and Visiting Scholar at Institute for Conflict Management, New Delhi. Comments and suggestions on this article can be sent on: [email protected]

One thought on “Sindh Separatism: Pakistan Needs To Balance Regional Aspirations For Own Survival – Analysis”