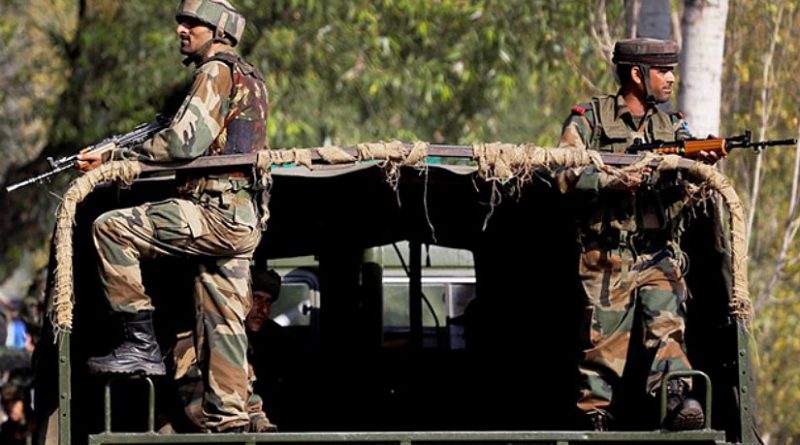 In 2018 India stands geopolitically tall as the Asian pivot of Indo Pacific security and stability and a nett provider of regional security. Perceptions count when it comes to credibility of India’s military postures matching these gains strong imperatives arise for India to review both the military anchors of its defensive deployments and so also the offensive punch of Indian Armed Forces.

Suffice it to state that while the Indian Armed Forces have magnificently faced multiple military challenges in the last seven decades with limited military resources by improvisation and valour alone but that cannot be the ‘operational normal’ of the Armed Forces of the Indian Republic. The military damage that stands inflicted by years of criminal neglect of India’s war preparedness during the period 2004-10 has set back India’s military potential by at least 20 years. India is no longer economically poor and no Indian political leadership of any political dispensation can take refuge on the plea that India has only limited resources for military expenditure. India’s military budget should be pegged at 3-5% of the GDP.

India’s credible military postures and war preparedness not matching its geopolitical stature is not only a product of inadequate military budgets but also arising more from major systemic shortcomings in its civil-military relations template and its bloated Ministry of Defence civilian bureaucracy. The latter is neither professionally equipped nor sensitive to the urgency of India’s military needs.

The above also applies to Indias massive Defence Research & Development Organisation which should have in seventy years reduced India’s dependence on imported military hardware and its long lead times of materialisation by developing advanced nilitary weaponry.

However, the aim of this Paper is not to dwell on the above systemic shortfalls in India’s Ministry of Defence but to focus more on the imperatives of the Force Size of the Indian Army, The Indian Navy and the Indian Air Force to match India’s geopolitical stature in Indo Pacific Security template and also India’s aspirational aims of emerging as a credible Major Power. Perforce, these reflections can only be stated in outline with the aim more being of highlighting the imperatives rather than a masterly exposition.

The Indian Army is the largest component of the Indian Armed Forces and rightly too when it is kept in mind that India has long borders to defend against the aggressive instincts of two inveterate enemies like Pakistan and China.

In Pakistan, what India faces is an enemy which claims to be defending the ideological frontiers of Islam and uses this as an instrument of state policy especially in asymmetric warfare against India. Pakistan Army has no qualms in exploiting Islam’s religious overtones as a means to further its strategic and military ends against India.

In China, India faces an enemy which is not only a political ideological enemy but also as a revisionist power intent on revising geographical frontiers to those of so-called strategic frontiers to suit its expansionist national security interests. Complicating India’s military problems is China’s perception that what stands between China and its obsessive ambitions to dominate Asia is India which is globally recognised today as not only an ‘emerged power’ but also as an existential counterweight to an aggressive China.

In 2018, Indian Army’s military challenges are further multiplied by the concretisation of the China-Pakistan Axis, both as nuclear weapons states and also as undoubted Indian military adversaries in terms of their intentions and capabilities. This development severely curtails the flexibility that Indian Army had in terms of switching Army Formations from the Eastern Theatre to the Western Theatre or vice versa, when the threats were visualised in singular terms.

The major implications arising from the above are that the Indian Army CANNOT REDUCE THE NUMBER OF ITS ARMY FORMATIONS OR INITIATE REDUCTIONS IN STRENGTH. This imperative gains added significance when it is taken into account that the directions given to the Indian Army is that “No loss of territory is acceptable”. INDIAN ARMY NEEDS TO INCREASE THE NUMBER OF ITS INFANTRY/MOUNTAIN DIVISIONS.

Keeping the above in mind and considering the gaps that exist on our Pakistan and China borders deployments imposed by geography and by shortage of holding infantry formations, it is assessed that the Indian Army needs an additional accretion of at least three Infantry Divisions for the Pakistan borders and another 4 Mountain Divisions for the Chinese borders and the North East.

Indian Army needs also to think of adding expeditionary forces in the form of amphibious brigades and Special Forces Brigades along with associated elements for intervention operations. Even if there is a disinclination politically to visualise their employment their very existence would be a deterrent is certain scenarios.

The Indian Navy has only three Naval Fleets as on today basically operationalised for sea denial roles that is defence of the Arabian Sea and Bay of Bengal regions. The Indian Navy additionally needs a dedicated Indian Ocean Fleet for sea control functions independently and also in conjunction with friendly Fleets from the United States, Australia, Japan and France.

India’s submarine fleet is woefully old and deficient and needs urgent attention in a mix of imports and indigenous production. Nuclear powered and nuclear submarines are also inescapable imperatives.

Financial hackles will be raised by terming such accretions are all wishful thinking but then it must be remembered that force sizes must be directly related to operational requirements in national security interests and that National Power does not come cheap.

Fortunately, when it comes to the security and stability of the Indian Ocean there is a strong desire from friendly strategic partners like the United States and Japan that India’s capacity-building in this direction should be assisted.

The Indian Air Force similarly has been starved of funds even to maintain the minimum number of 45 squadrons which figure was arrived at decades earlier when the threat perceptions to Indian skies were not so intense. In 2018, the Indian Air Force stands handicapped in meeting a ‘Two Front War Threat’ emanating from the China-Pakistan Axis with a dwindled strength of 31 squadrons.

Another dimension for the Indian Air Force operating at optimum squadron strengths is the requirement to substitute India’s deficiencies of Aircraft Carriers which take a long lead time for materialisation. India’s tapering peninsular configuration offer immense possibilities for using air bases in South India to cover wide maritime expanses around India and thereby acting as ‘force multipliers’ for the Indian Navy.

How depleted Indian Air Force squadron strengths affect India’s strike options was woefully exhibited when in the wake of the horrific 26/11 Pakistani Jihadi terrorist attacks on Mumbai , India stood crippled in not resorting to air strikes against Pakistan with the Indian Air Force inventories short of 126 combat fighter aircraft then. The figure would be more today and should be a matter of concern. Incidentally this handicap of the Indian Air Force was reflected in the Pakistani media at that time.

India’s policy establishment should note that realistically in today’s age of geopolitical uncertainties where all out wars could be ruled out but conditions of ‘no war no peace’ exist the Air Force is a decisive arm in terms of instant retaliation as an element of controlled escalation. It is therefore important that the Indian Air Force contextually maintains its combat fighter fleet at very high levels. This should be a matter of national concern and National Honour.

Before concluding, it also needs to be highlighted that while the Indian Armed Forces will execute their operational functions to the fullest with whatever means the Indian Republic places at their disposal it is incumbent on the Indian political parties not to politicise national security issues and more so in terms of Indian Air Force combat acquisitions. The present controversy that Indian political parties are indulging on the Indian Air Force Rafale fighter acquisitions on specious grounds is not only DEPLORABLE but also anti-national as it has the potential to delay vital combat acquisitions and it thereby serves only the interest of India’s enemies.

Concluding, it needs to be repetitively emphasised ad-nauseum that Indian Armed Forces are equipped and maintained at credible levels of war preparedness to meet military threats and political coercion emanating from any quarter in an uncertain geopolitical environment. National Honour and sensitivity to safeguard India’s National Sovereignty does not come cheap and if India aspires to be a major player in the global strategic power-play then India needs to marshal the financial resources to create the capabilities that can endow the status of a Major Power and also contribute to the role expected of her to act as a pivot of Indo Pacific Security.