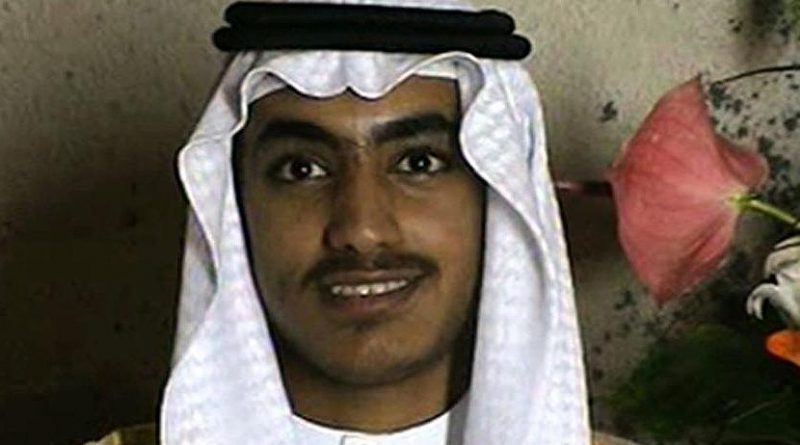 (RFE/RL) — President Donald Trump says he can now confirm that Hamza bin Laden, the son of the deceased Al-Qaeda founder Osama bin Laden, has been killed by a military operation along the Afghanistan-Pakistan border.

“The loss of Hamza bin Laden not only deprives Al-Qaeda of important leadership skills and the symbolic connection to his father, but undermines important operational activities of the group,” Trump said in a statement issued by the White House on September 14.

Media reports had quoted U.S. intelligence officials on July 31 as saying that Hamza bin Laden had died. But they gave no details of the date or place of his death.

Secretary of Defense Mark Esper confirmed his death in August, saying it was “his understanding” that Bin Laden was dead. But Trump and other senior U.S. officials had not publicly confirmed the news.

Hamza bin Laden was the 15th of Osama bin Laden’s 20 children and a son of the Al-Qaeda founder’s third wife. He was thought to be about 30 years old at the time of his death.

In February, the U.S. government put a $1-million bounty on Bin Laden’s head, saying the man sometimes dubbed the “crown prince of jihad” was “emerging as a leader in the Al-Qaeda franchise.”

Hamza bin Laden had put out audio and video messages calling for attacks on the United States and other countries, especially to avenge his father’s killing by U.S. special forces in Pakistan in May 2011.

On March 1, Saudi Arabia announced that it had revoked the citizenship of Hamza bin Laden.

Riyadh did not provide specifics about why it stripped Hamza bin Laden of his citizenship, but said it made the move on February 22.

The Saudis had also stripped Osama bin Laden’s citizenship in 1994 while he was living in exile in Sudan.

A 2018 United Nations report highlighted that “Al-Qaeda propaganda continues to highlight a new generation of potential leaders, such as Hamza bin Laden…in an apparent attempt to project a younger image to its sympathizers.”