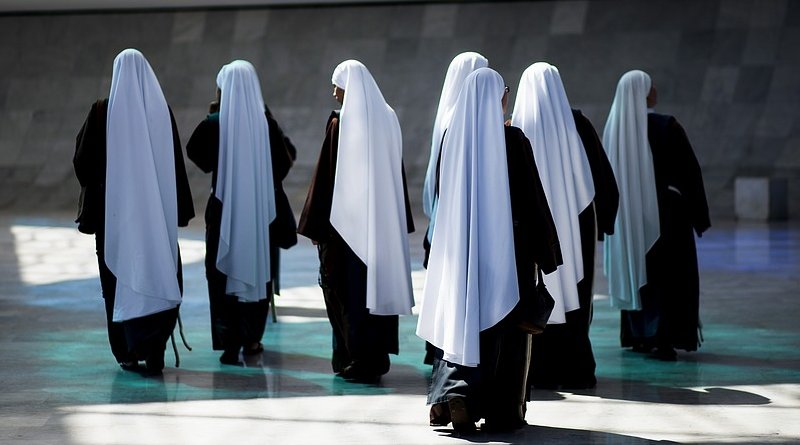 A strong ability in languages may help reduce the risk of developing dementia, says a new University of Waterloo study.

The research, led by Suzanne Tyas, a public health professor at Waterloo, examined the health outcomes of 325 Roman Catholic nuns who were members of the Sisters of Notre Dame in the United States. The data was drawn from a larger, internationally recognized study examining the Sisters, known as the Nun Study.

The researchers found that six per cent of the nuns who spoke four or more languages developed dementia, compared to 31 per cent of those who only spoke one. However, knowing two or three languages did not significantly reduce the risk in this study, which differs from some previous research.

“The Nun Study is unique: It is a natural experiment, with very different lives in childhood and adolescence before entering the convent, contrasted with very similar adult lives in the convent,” said Tyas. “This gives us the ability to look at early-life factors on health later in life without worrying about all the other factors, such as socioeconomic status and genetics, which usually vary from person to person during adulthood and can weaken other studies.”

Tyas added, “Language is a complex ability of the human brain, and switching between different languages takes cognitive flexibility. So it makes sense that the extra mental exercise multilinguals would get from speaking four or more languages might help their brains be in better shape than monolinguals.”

The researchers also examined 106 samples of the nuns’ written work and compared it to the broader findings. They found that written linguistic ability affected whether the individuals were at greater risk of developing dementia. For example, idea density – the number of ideas expressed succinctly in written work – helped reduce the risk even more than multilingualism.

“This study shows that while multilingualism may be important, we should also be looking further into other examples of linguistic ability,” said Tyas. “In addition, we need to know more about multilingualism and what aspects are important — such as the age when a language is first learned, how often each language is spoken, and how similar or different these languages are. This knowledge can guide strategies to promote multilingualism and other linguistic training to reduce the risk of developing dementia.”

Home » What Multilingual Nuns Can Tell Us About Dementia