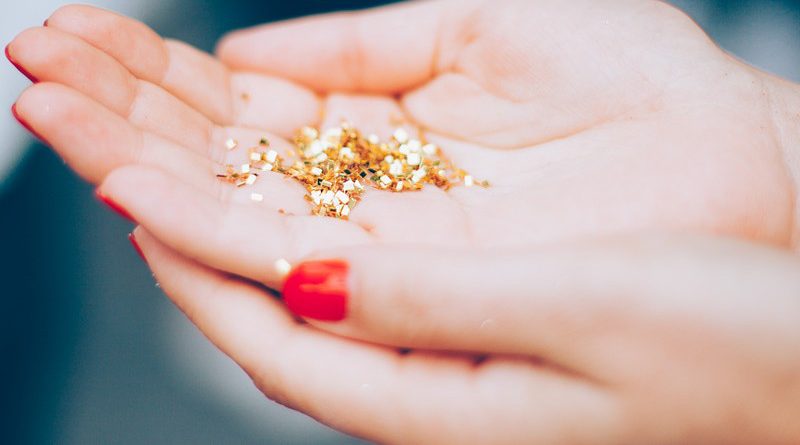 New research indicates that glitter could be causing ecological damage to our rivers and lakes.

The study, led by Dr Dannielle Green of Anglia Ruskin University (ARU) and published in the Journal of Hazardous Materials, is the first to examine the impact of glitter on freshwater habitats.

The research found that after 36 days, the presence of glitter halved the root length of common duckweed (Lemna minor), while levels of chlorophyll in the water were three times lower than in control conditions, indicating reduced levels of phytoplankton, or microalgae.

Glitter is used in a variety of decorative ways, including on clothing, in arts and crafts, and in cosmetics and body paint. Traditional glitter is a form of microplastic consisting of a plastic core made of polyester PET film, which is coated with aluminium and then covered with another thin plastic layer.

Along with other forms of single use microplastics, such as microbeads, there have been efforts to phase out PET glitter with the introduction of more biodegradable alternatives.

One version has a core of modified regenerated cellulose (MRC), sourced mainly from eucalyptus trees, but this is still coated with aluminium for reflectivity and then topped with a thin plastic layer. Another form is mica glitter, which is increasingly used in cosmetics.

However, this new study found that the effects of MRC and mica glitters on root length and chlorophyll levels were almost identical to those of traditional glitter.

The only significant difference was a two-fold increase in the abundance of New Zealand mud snails (Potamopyrgus antipodarum) in water containing the biodegradable MRC glitter. These snails, commonly found in polluted waters, are an invasive species in the UK and an increase in numbers has the potential to disrupt ecosystems, as they can outcompete native species.

Dr Dannielle Green, Senior Lecturer in Biology at Anglia Ruskin University (ARU), said: “Many of the microplastics found in our rivers and oceans have taken years to form, as larger pieces of plastic are broken down over time, However, glitter is a ready-made microplastic that is commonly found in our homes and, particularly through cosmetics, is washed off in our sinks and into the water system.

“Our study is the first to look at the effects of glitter in a freshwater environment and we found that both conventional and alternative glitters can have a serious ecological impact on aquatic ecosystems within a short period of time.

“All types, including so-called biodegradable glitter, have a negative effect on important primary producers which are the base of the food web, while glitter with a biodegradable cellulose core has an additional impact of encouraging the growth of an invasive species.

“We believe these effects could be caused by leachate from the glitters, possibly from their plastic coating or other materials involved in their production, and our future research will investigate this in greater detail.”