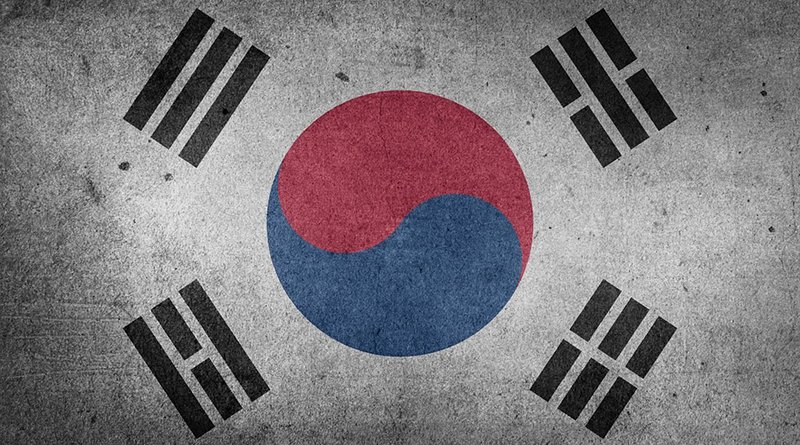 On Sept 24, the South Korean government broke tragic news. A South Korean man was found drifting with a tube-like floating object in North Korea’s water across the inter-Korean maritime border in the Yellow Sea (West Sea) around 3:30 PM Sept 22. But North Korean authorities did not rescue him. They held him in the seawater for six hours, then shot him dead and burned off the remains.

The brutal killing of an unarmed civilian has drawn public rage. The victim was a government official reported missing from his ship since Sept 21. He is survived by two school-age sons.

At first, the incident looked like another case of ruthless and inhumane treatment of human life by the Communist regime. Further, the South Korean Defense Ministry’s claim that the man intended to defect to North Korea appeared to explain, at least in part, why the South Korean government made no rescue effort.

But contrary to the government’s claim, preponderance of the evidence surrounding his missing supports an altogether different possibility that the man was actually kidnapped and intentionally released back to the ocean near the inter-Korean maritime border.

The Core Question: How Did He Become Missing?

How did he disappear from the ship? There are only three logical possibilities: (a) an accidental fall, (b) a voluntary action (e.g. defection), and (c) a forced removal (e.g. kidnapping).

Did he fall from the ship by accident? He was found drifting in the sea with a tube, which easily rules out the possibility that he accidentally fell from the ship.

The other two cases are the pivotal questions that will determine the nature of the incident and everything from the man’s honor to compensation for the family.

Did he defect? The South Korean government insists that he did. But that appears a red herring and is not supported by evidence (more below). Further, his family rebutted the government’s claim as ridiculous, and his colleagues and friends contended that his defection was unmotivated and unlikely. The man was even commended for his service and loyalty to his country.

Given the weight of the evidence, kidnapping becomes the only realistic possibility. Strangely, however, discussion of kidnapping has been conspicuously absent in the South Korean media. Why was this critical question suppressed?

Why His Defection Is Implausible and Unrealistic

If the man wanted defection, he must have been prepared and prepared very well against all odds he would face in the ocean. But there is absolutely no evidence for his preparedness. How could he have jumped into the sea without adequate preparation for the daring adventure that it is? That makes defection the least credible scenario for his disappearance.

His job was to advise fishermen and guide fishing activity in the area because they work close to the maritime border with North Korea. He knew well about the waters in which he had spent his daily activity. He was a certified navigator and once worked for the Sea Police before.

On Sept 22, he was found 24 miles (38 kilometers) away from the ship he was aboard. But as an experienced mariner, he must know better than anyone that swimming 24 miles in the rough sea with a tube alone is an extreme challenge even for athletes.

Besides, the ocean currents in the area are notoriously rough and fast and change directions four times a day. Thus, he has only two 6-hour windows a day to swim across the border, and that is when the current flows north (1-7 AM and 1-7 PM). One cannot swim against ocean currents while relying on a tube. That means he must move at 3.5 knots or faster, which is equivalent to 4 miles per hour (i.e. 24÷6=4). But that speed is close to the Olympic record of the 50-meter front crawl. How can one sustain it for 6 consecutive hours? Impossible.

Given that, isn’t it rational for him to attempt defection with a small boat, a GPS, a wetsuit, and stuff? If he misses the first 6-hour window, his chance for success will be dramatically reduced and he will most likely die in the seawater. How can an expert mariner not know about that?

He is presumed to have disappeared on the early hours of Sept 21. He had a night shift (11:30 PM to 4 AM). His colleagues found him missing around the lunch time and reported to the Sea Police, who then began an intense search.

In sum, for the defection scenario to hold water, the man must have grabbed a tube and jumped into the pitch-dark ocean on or around 1 AM Sept 21; he wore no wetsuit and carried no GPS and relied solely on the ocean current that was moving north. As an experienced mariner, he knew perfectly well that he had no way to make it to North Korea’s water because he was not as fast as the 50-meter Olympic record-holder nor could swim six hours continuously. The defection story was built on implausible assumptions and unrealistic variables that are difficult to impossible to comprehend.

Kidnapping Is the Logical Conclusion

Kidnapping then becomes the logical conclusion that any rational mind can come up with, and everything begins to fall into place. He was kidnapped during a night shift, detained in another ship for a day, then thrown into the ocean near the inter-Korean maritime border. The kidnapping scheme is certainly corroborated by additional pieces of evidence.

Mysteriously, the CCTV cameras on the ship were off for the night and no footage was recorded. Why off for that night? It must be a deliberate setup to hide the crime scene.

All his personal items were left in the ship, including his IDs and licenses. Wouldn’t he need them to identify himself upon entering North Korea? But victims of kidnapping surely have no time to take care of personal items.

Kidnapping explains how and why the intense area search missed him. He was held in another ship until the rescue teams’ hope for his survival eroded.

Note that it was a high season for crab catching and the area of the ocean was crowded with fishing boats and a full line of police and military patrol ships dispatched for their protection. The area has also had numerous conflicts and confrontations with Chinese fishing boats that intrude South Korea’s water illegally for fish harvests. There were too many eyes to miss a man drifting in the area for almost 40 hours.

Did North Korea Kidnap Him?

But who kidnapped him and why? In cases like this, the party that benefits most is the suspect.

The fact that his captors released him back to the ocean provides an important clue for the cause of his kidnapping. It implies that they did not take him out for personal interests or causes; the captors had no intention to kill him but served as a (paid) third party to ensure his appearance in North Korea’s water alive. In other words, it is a crime with political motivation.

Who was behind the captors? North Korea or South Korea? North Korea does not appear to be the suspect since they have little to gain from his kidnapping and the actions they have shown do not add up.

Why would the North kidnap him if they have to kill him for nothing? Did Pyongyang want to convince Washington again that they are a terrorist state? Did they want to know how the public would react to such ruthless killing? The North’s leadership is surely brutal but not stupid.

Pyongyang wants good terms with Washington. Kim Jong Un lost no time in sending President Trump a warm personal letter wishing for his good health, upon his recent hospitalization at the Walter Reed. As the US election draws near, Pyongyang knows meaningless provocations will only hurt their relations with Washington.

Defectors who served in the North Korean military said that the 6-hour gap between the finding and killing of the victim was a very unusual action which indicated that Pyongyang had long hours of deliberation and pondered upon consequences of their actions. Kidnapping of a South Korean cannot be done without an order from the North’s leadership, but their preposterous reaction casts reasonable doubts upon the North’s initiation.

Why Pyongyang decided to kill the man is not clear at this point. It could be due to their concern about the corona virus pandemic, as seen in their burning of his belongings. Or they wanted no further interaction with South Korea regarding his retain and return. Or for other yet unknown reasons.

South Korea Is the Smoking Gun

The inter-Korean relations are worse since Seoul began a détente with Pyongyang under the “Sunshine policy” in 1998. Pyongyang lately has cut all levels of interactions with Seoul, including communication lines, and even blasted off the Inter-Korean Cooperation Center building in the Kaesong Industrial Complex in June, without a word to Seoul.

The alleged letter of apology from Kim Jong Un that the Blue House presented on its web site was a fake document that contained embarrassing grammar and spelling errors and vocabulary not used in North Korea. The next day the brazen Blue House uploaded a “revised and corrected letter” of Kim to its web site, only to make Moon Jae-in a laughingstock.

Clearly, it is South Korea that can benefit most from the kidnapping scheme, and that is precisely what makes the South’s Blue House the prime suspect for this heinous crime.

For one thing, South Korea can bring North Korea back to dialogue for the man’s safe return to home. And for another, North Korea will be underlined as a terrorist state, so that Pyongyang will get the blame for failure of peaceful inter-Korean relations, and Pyongyang’s independent approach to Washington that excludes Seoul will also be deterred.

Since the kidnapping occurred in the South Korean water, the captors should be South Koreans. But Seoul is under Beijing’s control, and South Korea is unlikely to act alone without China’s nodding. Thus, Beijing’s involvement in the case cannot be precluded.

When the victim’s grieving teenage son visited the Blue House on Oct 8, Moon Jae-in turned him away without a word of greeting and condolences. That is not what a responsible leader should do.

The victim’s brother revealed that the government had not contacted the family about his tragic death but instead, he first learned about it watching TV for the breaking news as late as Sept 24. What gut-wrenching horror, sorrow, and rage that must be for the family.

Moon Jae-in had three summits with Kim Jong Un but has never asked for a release of the South Koreans who have been illegally detained by the North. Even defectors from North Korea have wondered why South Korea has no interest in their rescue.

The leaders of South Korea exploited, abandoned, and thoroughly betrayed their own citizens.

The South Koreans want justice. The world wants to hear. Moon Jae-in must answer the questions.