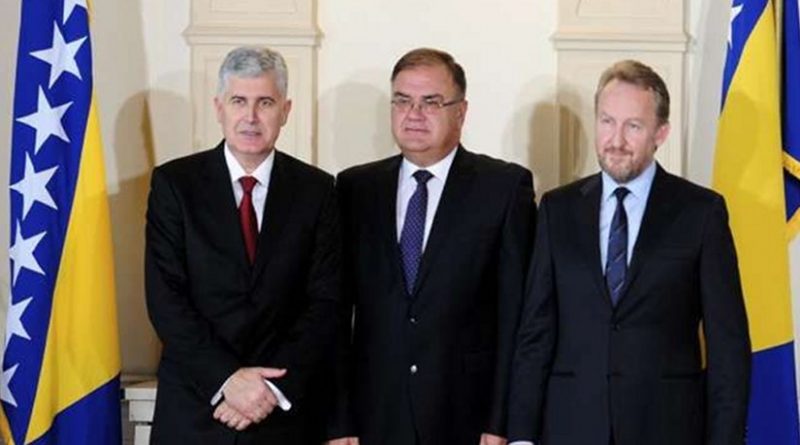 Presidency of Bosnia and Herzegovina 2015

The first reason, above all, is because the International community, including the USA and EU, has made this paralyzed state possible.

But, to be more precise this article will be more focused on the essay published by the distinguished author Rodolfo Toe from Balkan insight, which focused on a few issues (I do accept that those are among the major ones, but…) within the problems related to current Bosnia and Herzegovina society.

But, as I have said, We cannot solve the problem by solving the consequences. The causes should be solved about which I have been writing within Eurasia Review for almost the last two years.

So, let us focus on the following, as the main causes:

So, please count and you will see that each one of us, the citizens of Bosnia and Herzegovina, until the end of his life might be at least be a Minister or Member of municipal council. Who then will do the all work?

For sure, not those 58% who are the current unemployed young people and up to 44% of unemployed in general in Bosnia and Herzegovina.

The letter from my distinguished colleagues from SEESOX (South East European Studies at Oxford) published on 14.11.2015. in Eurasia Review is good to be realized within an already properly shaped up country heading towards democracy. But here? Nothing before we unpack the Dayton Accord and pack it again, using consensuality of the citizens and not of the nations. I respect that letter and agree with it, but…

If we continue to ask the leaders of the nations how to do it we will never do it.

If we decide to establish the state which will serve the citizens and not the nations, we will have that above mentioned as democratic state.

How we will do that?

Simple as it is:

The essay of distinguish colleague Rodolfo Toe is good for a presentation of thoughts and good for small push, but will it help us, over here in Bosnia and Herzegovina? I have doubts. Why? Let me ask just one question: Were the all changes that has been made in Bosnia and Herzegovina since the Dayton Peace Accord back in 1995 accepted willingly by politicians? The answer is again, simple – No, and it was imposed by the International community.

Is there a solution? Again, unpack and re-pack the Dayton Accord, because even the war was better back in 1992-1995. Back then we at least all knew against who we were fighting. Today, we don’t. Sorry, we do, but we cannot. Why? The answer to this is known by the International community, together with our nationalistic leaders.

Home » South-East Europe On Edge Of Civilization: Why We Should Not Ask US For Help – Essay