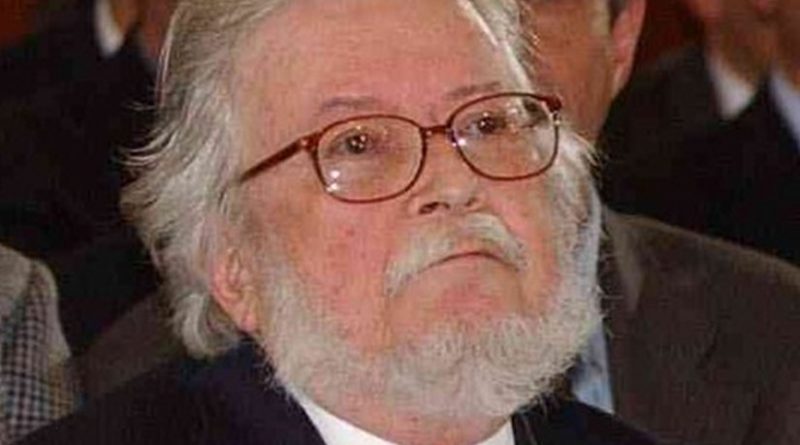 Fernando del Paso has been awarded the 2015 Miguel de Cervantes Prize for Literature in Spanish. The jury’s decision was announced by Íñigo Méndez de Vigo, the Minister for Education, Culture and Sport during an event held at the headquarters of the Secretariat of State for Culture.

According to the minutes of the meeting, the jury awarded the prize “for his contribution to the development of the novel, combining tradition and modernity, as Cervantes did in his time. His novels take risks and recreate key episodes in the history of Mexico in a way that highlights their foundational character.”

Fernando de Paso Morante (Mexico, 1935) has written non-fiction, children’s literature, fiction, poetry, theatre, etc. He studied biology and economics in the National University of Mexico, but abandoned his studies to dedicate himself to other activities. He received a grant from the Mexican Centre for Writers to complete his novel José Trigo, as well as from the Ford Foundation and the Simon Guggenheim Memorial Foundation.

He has lived outside Mexico for many years. From 1971 to 1985 he worked as producer of radio programmes, writer and announcer for the BBC in London and in Radio France Internationale in Paris. In 1986 he won the Spanish National Radio Prize for the best programme in Spanish for “Carta a Juan Rulfo” (Letter to Juan Rulfo). He was Cultural Attaché at the Embassy and Mexican Consul General in Paris. In 1992 he was appointed director of the Octavio Paz Ibero-American Library at the University of Guadalajara. Since 1996 he has been member of the Colegio Nacional (National Academy).

As a graphic artist and painter, his work has been exhibited in London, Paris, Madrid and a number of cities in the United States and Mexico.

History of the Award

The award, with a monetary value of 125,000 euros, is an annual public testimony of admiration to the figure of a writer has helped to enrich the literary Hispanic legacy through his or her work.

The Cervantes Prize may be awarded to any author whose literary work is written totally or mostly in Spanish. Nominations for the award can be presented by the Academies of the Spanish Language; the winners from previous years; institutions that by their nature, purpose or content are linked to literature in Spanish; and members of the Jury.

The list of winners is a clear reflection of what the award means for culture in the Spanish language: