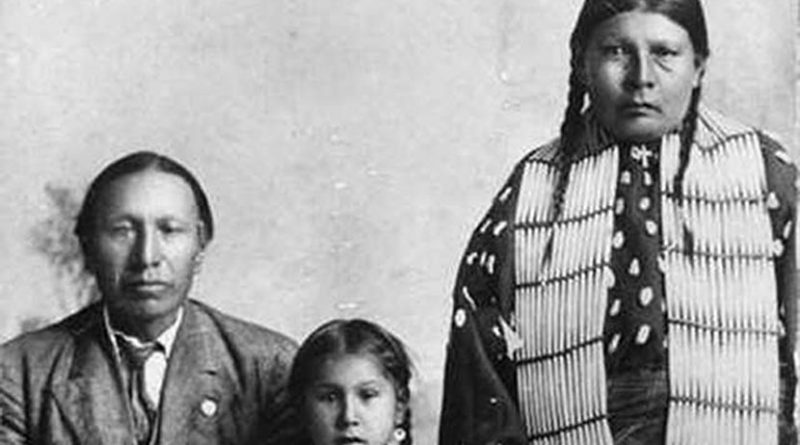 The Nov. 14 voice vote of the bishops took place at their annual fall assembly in Baltimore, and is the latest in a series of steps on the path to sainthood.

The motion to vote on the cause was brought forward by Bishop Robert D. Gruss of Rapid City, South Dakota, the home diocese of Black Elk where his cause was officially opened earlier this year.

Even before his conversion to Catholicism, Black Elk was a prominent medicine man “widely known as a holy man and a mystic,” Bishop Gruss told the assembly of bishops.

After his conversion, Black Elk “fully embraced a Catholic life” and became an “ardent Catechist” who would go on to convert more than 400 Native Americans to the faith, Gruss noted.

Black Elk became “an icon who reveals what God calls all of us to be – people of faith and hope, and a source of hope for others,” he added.

Black Elk was born sometime between 1858 and 1866 and, like many of his ancestors, served as a medicine man, which combined the roles of medical doctor, spiritual adviser and counselor.

He was present for the Battle of Little Bighorn in 1876, and the following year, he joined Buffalo Bill’s Wild West Show, which toured Europe, including a performance before Queen Victoria.

In 1892, after touring with the show for several years, he married Katie War Bonnet. They had three children. After she converted to Catholicism, all three children were baptized.

The year after she died, Black Elk converted to Catholicism and was baptized on Dec. 6, 1904, the Feast of St. Nicholas. He took Nicholas as his baptismal name because he admired the saint’s generosity.

In 1905, he married again to Anna Brings White, a widow with two children. They had three children together and she passed away in 1941.

During Black Elk’s lifetime, the practice in the Diocese of Rapid City was for Jesuit priests to select Lakota Catholic men to teach the faith to other members of their tribe as catechists. They evangelized, prayed and prepared converts in the Lakota language, traveling by foot or by horseback until automobiles became available.

Black Elk became a catechist in 1907, chosen for his enthusiasm and his excellent memory for learning Scripture and Church teaching. He was also one of the signatories of the cause of canonization for St. Kateri Tekakwitha, another Native American saint. He passed away Aug. 19, 1950 at Pine Ridge.

Last year, a petition with over 1,600 signatures to open his cause for canonization was presented to Bishop Gruss by the Nicholas Black Elk family. An October Mass officially opened his cause in the diocese this year.

Gruss said that Black Elk’s witness is an inspiration for both Native and non-native Americans, because he “lived the Gospel in everyday life.”

The next step in Black Elk’s cause will be for a tribunal to investigate and document examples of heroic virtue in his life.