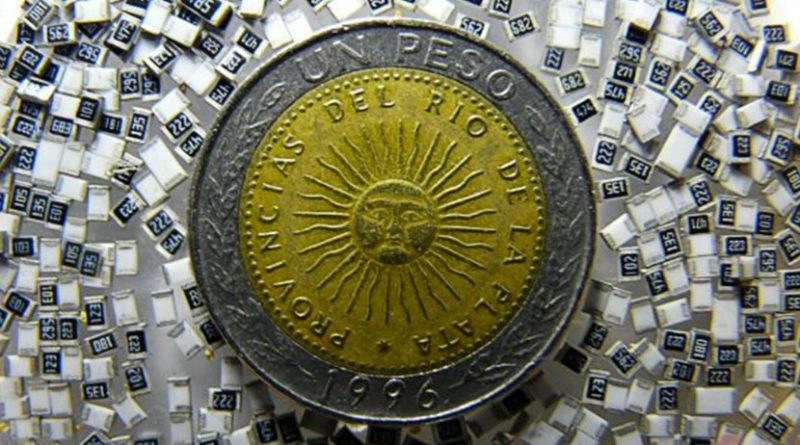 Argentinians are known for for slinging clever insults. Spaniards, for example, love Argentine “puteadas” so much that they created a website called “Curse like an Argentinian.”

Now in the world of bad words, one stands out that, when received, mortally wounds the rival in the argument. It’s hard to recover after such an attack. Curiously, this insult can be written without violating the rules of decorum.

It is the adjective “neoliberal.”

This is how the local and international Left usually refers to President Macri and his period of government. But was Macri a neoliberal? Let’s have a look.

About a year ago Cristina Fernández de Kirchner led a summit of regional leaders at the Ferro Stadium, in the city of Buenos Aires.

At the event she gave a long speech where she highlighted her years as president and, of course, did not hesitate to criticize the Macri government.

In a passage that reached the news, CFK said:

Rarely can two different country models be judged in such a short time span. This December, three exact years will have passed since neoliberalism returned to our country. … It has once again indebted us.

More recently, after being elected vice president in the middle of a deep economic crisis characterized by extremely high inflation and growing unemployment, she claimed: “Neoliberalism, never again!”

The first question that comes up when one reads these sorts of phrases is what is meant by “neoliberalism.” Except for the leaders of the Left who accuse virtually everyone of being a neoliberal, there are not many self-identified “neoliberals” out there. In fact, no relevant work is known by that title, nor any economic doctrine.

What does exist, of course, is liberalism in the classical sense of the word, which argues that the greater the economic freedom of the countries, the more prosperous their citizens will be.

The term neoliberalism, then, is a deformation that some sectors want to impose to discredit the liberal idea and, above all, discredit a series of sensible policies that limit the power of the rulers.

Now if there is something that those who constantly refer to neoliberalism mention: the so-called “Washington Consensus,” a list of ten principles of reasonable economic policies, compiled by economist John Williamson in 1989.

The Washington Consensus and Argentina

What Williamson did was to summarize in a document the main recommendations that the Treasury Department, the IMF, and the World Bank used to make to countries facing economic problems.

Are these policies to blame for Argentina’s current developments? If we analyze the consensus, could we find some truth in the idea that “neoliberalism” failed?

Among the recommendations compiled by Williamson we find fiscal discipline, trade openness, and the privatization of public companies. All recommendations are summarized in the table below.

In this table, we can also see to what degree the presidencies of Mauricio Macri and Cristina Fernández followed the script.

As we can see, Cristina’s government was totally anti-neoliberal, if by neoliberal we understand to follow the so-called Washington Consensus.

CFK, especially during her second term, violated absolutely all points of this document. Interest rates, as well as the exchange rate, were artificially regulated. Argentina had exchange controls and the interest rate was persistently below inflation.

In terms of privatization of public companies, CFK did the opposite. Together with Néstor, her husband and predecessor in office, they nationalized the water supply company, the whole private pension system, the post office, and Aerolíneas Argentinas airline, among others.

The same happened with fiscal discipline. Cristina’s government received the economy with a budget surplus of 0.5% of GDP in 2007, which was transformed into a 5.9% deficit at the end of her term.

Some socialists could argue that it is indeed very good to do the opposite of what the “consensus” recommends. However, the economic performance during the second CFK mandate was very poor. Inflation averaged 30% per year, growth per capita was zero, and poverty levels increased.

Unlike Cristina, Macri did not violate all of the prescriptions of the Consensus. In this sense, it is logical that Cristina calls him a neoliberal. Compared to her, he looks like the best student in the class.

However, when one looks in detail at the policies taken by the president, you find that at least four points of the neoliberal recipe that were not met, and three others that were only partially fulfilled.

Property rights security, for instance, has been improved, but the government in 2018 imposed a mandatory bonus for all private companies to give to employees. Moreover, the elimination of export taxes passed in 2016 was reversed last year, voiding any progress in the property rights area.

Regarding regulation, we just got deregulation in the airline market but only to the extent of allowing for some low cost airlines to step in.

During the Macri administration there were no privatizations, and total openness to trade is also nonexistent in areas different from tablets and notebooks.

In terms of government spending, it is true that some subsidies had been eliminated or markedly reduced, but this has been more than compensated by the increase in spending in other areas.

Finally, and because of the above, the budget is where Macri has done even worse than CFK. Not only did he not reduce the deficit inherited by CFK, but he increased it during his first year in office and was unable to reduce it until the crisis hit.

Actually, this was the Achilles heel of Macrinomics. He ran budgets deficits until they became impossible to be financed anymore.

So, to conclude, neither neoliberalism nor the Washington Consensus is to be blamed for the current crisis in Argentina. In fact, it was the incapability of following the consensus, especially the first point regarding fiscal discipline, which lead to the crisis.

Argentina is not a proof of market failure but, again, a proof of the opposite.

*About the author: Iván Carrino is director of Iván Carrino y Asociados and Deputy Director of the Master’s Degree in Economics and Political Science of ESEADE in Buenos Aires.

Home » Budget Deficits, Not ‘Neoliberalism,’ Are To Blame For Argentina’s Crisis – OpEd

One thought on “Budget Deficits, Not ‘Neoliberalism,’ Are To Blame For Argentina’s Crisis – OpEd”