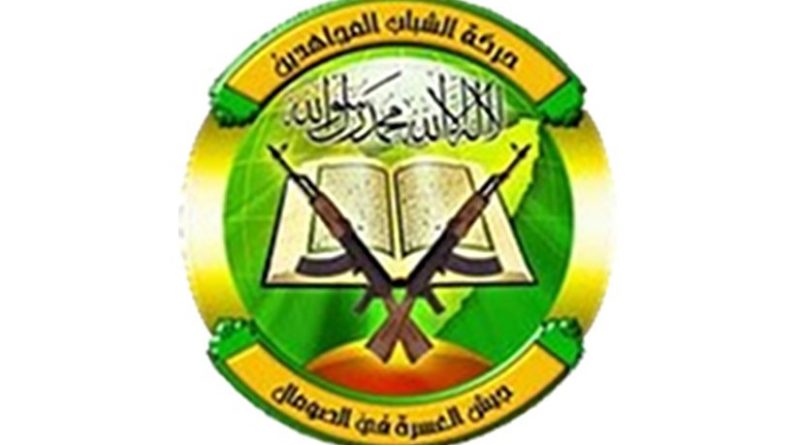 By Yasin Ismail and Fraz Siddiqui*

At first glance, the differences between al-Shabab, the extremist militant group based in Somalia, and the self-proclaimed Islamic State that currently governs parts of Syria and Iraq may seem inconsequential. Both groups thrive by leveraging religious sensibilities and socio-political grievances to justify extreme atrocities in their pursuit of authoritarian power. The April 2015 massacre of 148 Kenyan university students at the hands of al-Shabab militants and the most recent coordinated attacks throughout the city of Paris, murdering 130 and wounding hundreds more, are tragic examples of this affinity. Yet, the recent killings of pro-ISIS al-Shabab members demonstrate that shared convictions and tactics are not enough to prevent jihadi militants from turning on one another.

Over the past few months, Islamic State recruiters have been wooing al-Shabab’s leadership to cut ties with al-Qaeda. In May 2015, the Islamic State, popularly known as ISIS, released a short video in which members of Somali origin referred to al-Shabab fighters as “truthful mujahideen” and urged them to join their transnational state. However, last month, al-Shabab killed their former Deputy Governor of the Juba Region, Sheikh Hussein Abdi Gedi, after he joined over 100 al-Shabab fighters who defected to a pro-ISIS faction. In response to a number of other such targeted killings, the head of al-Shabab in the Lower Shabelle, Abu-Abdalla, said that his organization has made “a clear decision to defend unity” among their ranks. He warned that “If you belong to another group, go where you belong. If you have a different flag, take it with you. It doesn’t work here, and you will be beheaded, even if you have a big beard.” Such preemptive measures should prompt us to question the strategic considerations for militant groups such as al-Shabab, as they navigate the increasingly dangerous rivalry between ISIS and their predecessor, al-Qaeda.

In the decades following the anti-Soviet resistance in Afghanistan in the 1980s, al-Qaeda represented the primary face of the global jihadi movement. Daniel Bynum, a Senior Fellow at the Center for Middle East Policy at Brookings Institution, argues that Osama Bin Laden sought to capitalize on the network of fighters they had built in Afghanistan to “create a vanguard of elite fighters who could lead the global jihad project and bring together the hundreds of small jihadist groups struggling, often feebly, against their own regimes under a single umbrella.” By the mid-1990s the orientation of this network shifted from local regimes to what they perceived to be their source of sustenance: the United States and the West.

Over the next decade, al-Qaeda employed a franchising strategy, which was most attractive to smaller groups on the brink of failure who required much needed financial assistance, a steady stream of recruits, training and logistical support. In return, franchises provide a potential local haven for al-Qaeda members and enable them to remain relevant. This franchise model continues to be attractive for al-Shabab despite the rise of ISIS.

Officially known as Harakat al-Shabab al-Mujahideen, meaning the “movement of youths waging jihad”, al-Shabab began by branding itself as a local militia group whose aim was to ‘liberate’ Somalia from the invasion of Ethiopian forces. In fact, Al-Shabab’s initial strategy, which resonated far more with ISIS’s current model, consisted of fighting against Somalia’s Transitional Federal Government and their Ethiopian counterparts, governing controlled territories with their reductive understanding of Sharia, and broadcasting their brutal tactics to project tangible victories and inspire recruits.

However, months shy of merging with al-Qaeda in 2012, al-Shabab cited a change in strategy to explain their abrupt withdrawal from Mogadishu. They also presented the same rational after their withdrawal from Kismayo, a strategic sea-port town that served as a major source of revenue for the group. As al-Shabab continued to either withdraw or loose key territories to joint Somali and AMISOM forces, their strategy changed from one of controlling and governing Somali territory to al-Qaeda’s model of sustained guerrilla attacks on both local and regional targets. In recent years, the group has increasingly executed such guerrilla attacks on soft targets in Somalia and Kenya, which primarily consist of hotels, schools, and establishments frequented by both Westerners and Somali government officials. Despite being militarily degraded, these attacks have managed to increase the international stature of al-Shabab as one of the continent’s most powerful and ruthless jihadi organizations.

While ISIS seeks to build upon this stature, their recruitment will seriously put al-Shabab’s current strategic allegiance to al-Qaeda to the test. What sets ISIS apart from other jihadi groups is that their apocalyptic ideology renders only their self-styled “Caliphate” as the legitimate authority to govern the global Muslim population. In addition to traditional enemies such as “apostate” Arab regimes and western countries, this leaves no room for territories controlled by other jihadi groups not associated with ISIS and clearly positions them as adversaries vis-à-vis their al-Qaeda rivals. For ISIS’s current leader, Abu Baker al-Baghdadi, and his supporters, a model of fighting locally against Arab regimes, instituting limited governance, conducting outreach, and broadcasting their brutal tactics to project fear is far more effective in establishing a transnational state than al-Qaeda’s more muddled approach of waiting for the long term outcomes of complex external operations.

This stance actively challenges al-Qaeda’s authority, and essentially aims to de-throne its current leader, Ayman al-Zawahiri. Nevertheless, ISIS cannot accomplish this bold aspiration by forcefully conquering Muslim majority countries, especially when they are currently suffering serious territorial setbacks as a result of multinational coalition airstrikes. Thus, as part of its international expansion plan, which also attempts to obscure battlefield losses, ISIS seeks to appropriate the allegiance and territory of other jihadist militant groups to create regional provinces. In March, Boko Haram, the West African jihadist group that controls territory equal in size to the state of Massachusetts, joined ISIS and rebranded itself as the “Islamic State of West Africa”. As the only major jihadi group in Africa to resist ISIS allegiance, al-Shabab poses a serious obstacle to ISIS’s vision of a transnational jihadi state.

Unlike Boko Haram and other smaller jihadi groups that have pledged allegiance to ISIS, there are a number of factors that are influencing this resistance among al-Shabab’s leadership. As previously mentioned, not only has al-Shabab already employed the ISIS model with only limited success, it is unlikely that returning to such tactics against a regionally bolstered Somali government will produce a different result. Furthermore, while al-Shabab could certainly leverage the current ISIS brand, the benefits of this affiliation do not outweigh the decades-long relationship between al-Shabab and al-Qaeda central. For example, Osama Bin Laden funded Al-Itihaad Al-Islaamiya, a Salafi Islamist group responsible for attacks in Ethiopia during the 1990s, whose leaders went on to join what later became al-Shabab. Al-Shabab’s first commander, Aden Hashi Ayro, as well as other former leaders such as Mukhtar Robow and Ahmad Godane, had all reportedly trained and fought alongside al-Qaeda leadership in Afghanistan.

Additionally, unlike ISIS’s fledgling province in Yemen, al-Qaeda in the Arabian Peninsula’s (AQAP) recent resurgence has the potential to provide al-Shabab with a powerful and resourceful local ally. AQAP has successfully exploited the ongoing civil war to capture the coastal city of Mukallah, a military base in the Shabwa province, several districts in the strategic port city of Aden, and territory in a number of other provinces. Interestingly, AQAP has distanced itself from ISIS attacks on Shi’i mosques and other civilian targets in Yemen as part of its strategy of building support amongst some Yemeni tribes, which it needs to extend its power in the country. Fueling recent defections however, are many young al-Shabab fighters who are disillusioned with al-Qaeda’s softer approach. Nevertheless, al-Shabab’s leadership is facing an existential crisis: crush internal discord at the expense of young recruits, or risk losing their ability to leverage these strategic gains in Yemen.

With AQAP’s recent success and the decades long relationship with al-Qaeda, al-Shabab has strong reasons to remain loyal to al-Qaeda central for the foreseeable future. For al-Shabab’s leadership, the choice is ultimately between a trusted partner with a vast network in East Africa and a rising jihadi state, which despite its popularity, has fractured the jihadi landscape and offers little footprint in the region. For the rest of us, whether these intra-jihadi dynamics aid in further degrading jihadi groups from within or sparking a rivalry of whose brand of terrorism kills more innocent civilians requires close attention.

*About the authors:
Yasin Ahmed Ismail is an Analyst focusing on East Africa at the Center for Advanced Defense Studies in Washington, DC

Muhammad Fraz Siddiqui is a Federal Analyst based in Washington, DC. He previously served as a Presidential Fellow at Wake Forest University