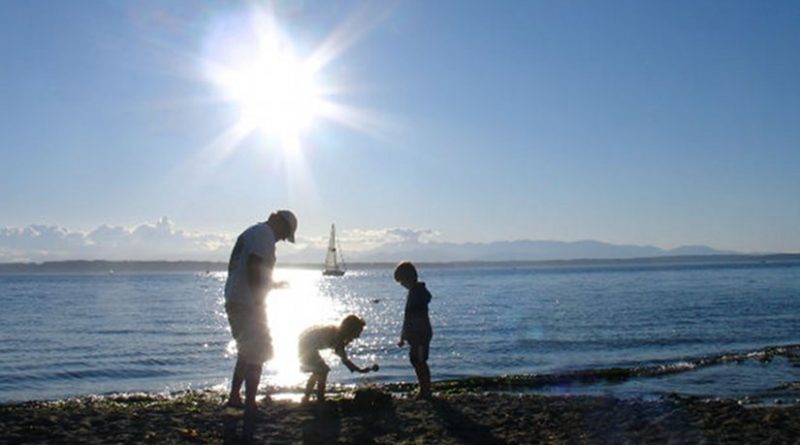 A childhood family breakup can have long-term negative consequences for the children. Recent University of Illinois research looks at overall health, depression, and smoking as a health-related behavior and finds that, for girls, all three are worse.

“Girls’ health is more sensitive to family structure,” said Andrea Beller, a U of I economist who studies educational attainment and the effects of single-parent family living. “Prior research shows that family breakups affect boys more than girls through cognitive, educational, and emotional channels. We find that, if you grow up in a non-traditional family structure—single parent or step-parent or a cohabiting relationship, girls are more likely than boys to be depressed and report worse overall health.”

Beller and former graduate student Alex Slade used the National Longitudinal Study of Adolescent Health (ADD Health), which consists of data collected from 90,000 adolescents in four waves over 13 years. The present study selected a subsample of just 7,607 individuals aged 15 to 18 at the first collection in 1996; of those, 4,757 aged 27 to 32 remained in the sample at the most recent data collection in 2009. The sample was selected using criteria such as single-mother homes in which the mother reported both her marital history and the presence or absence of the child’s biological father. It excluded individuals whose fathers had died.

“In other studies, if the biological father left and later came back, it misclassifies him as always there,” said Beller. “In addition, most other research projects on this topic are static. They look at a single point or short period in time. In this study, we follow the individuals into adulthood and factor in how old the child was when the biological father left the home.”

The study points out that a girl’s age at the time of the family breakup matters.

“Between ages 6 and 10 is an important life period when girls are particularly vulnerable,” said Beller. “Early father absence is adversely associated with smoking behavior, overall health, and depression well into adulthood. And the pattern of findings for depression over the time periods suggests that family structure has a more complex role in girls’ mental than physical health.”

For each of the four interview waves, Beller and Slade looked at when the individuals started and stopped smoking. For both men and women, starting and quitting was affected by the family structure of the child’s home.

“We find that if the biological father was never present, smoking, physical, and mental health are all worse,” Beller added. “And if they leave when girls are in very early childhood (0 to 5 years old), we find a significant association with worse physical health, regardless of the presence of other males.” Because of this finding, the researchers suggest that perhaps public health policy should incorporate family background as a risk factor for lifelong as well as adolescent smoking, recognizing that smoking cessation may be particularly challenging for individuals who experienced family breakups in childhood.

The subjects in the survey were interviewed the first time when they were in grades 7 to 12 so the breakup may have already occurred. Their mothers were asked to provide information about their marital history—the three most recent marriage or marriage-like relationships. Beller says including cohabiting relationships is innovative.

“The men may or may not have acted as a dad to the child. We don’t know how they interacted, but we do know that the presence of such father-substitutes tends to be associated with much worse outcomes for girls, while the absence of father-substitutes leads to some of the worst family structure associations for boys.”

In 1995, when the ADD Health data were first collected, a third of the adolescents had experienced a father having left the household. Some never had a father. Beller points out that current statistics are even more adverse concerning the number of homes without a father present.