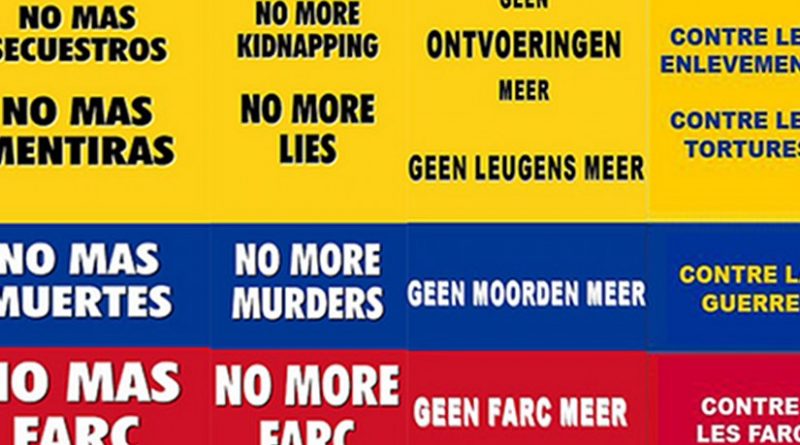 The Colombian government and FARC (Revolutionary Armed Forces of Colombia) guerrilla group have reached a deal on the second to last point on the agenda of the historic peace negotiation opened in 2012. The sides reached an agreement on reparations and justice for victims of their half-century conflict.

The official announcement will be made in the next hours from Havana, venue of the talks, where ten people arrived yesterday in representation of the many victims of the war.

The details of the accord were not released, but it contains guidelines to guarantee for the victims “the truth, reparation and a guarantee of non-repetition”, in addition to fixed points of the “transitional” justice system that will be applied to the protagonists of the conflict once demobilized.

The special jurisdiction that will regulate the future of the former rebels was already anticipated on September 23 in the presence of President Juan Manuel Santos and top FARC leader Rodrigo Londoño, sealed in the Cuban capital with an historic handshake that accelerated the negotiation.

The debate on the legal benefits to be granted to the former rebels was in fact the point that caused the talks to drag on, due to disagreements between the sides. The guerrillas chief negotiator Ivan Marquez said on Twitter that “we have successfully completed negotiation on the Special Jurisdiction for Peace and the agreement on point 5, Victims”.

The accord reached is the 4th of the peace process, after those on land and rural development, the political participation of the guerrilla, drugs and trafficking. This last agreement also comes after a symbolic recognition of responsibility by the FARC toward the indigenous and Afro-Colombian communities of Bojayá (western department of Chocó), for the death of 79 people and injury of 100 caused by cylinder-bombs fired at a Catholic church, where civilians had taken refuge during the fierce fighting with the paramilitary. A gesture that President Santos dubbed as key on the path toward peace.

The Colombian peace process now addresses the final point on the agenda, an accord for an end to the conflict. A delicate point that includes conditions of a cessation of hostilities after over half a century of internal conflict and for the official disarmament of the group. The talks will resume in Havana in January after the Christmas holidays.