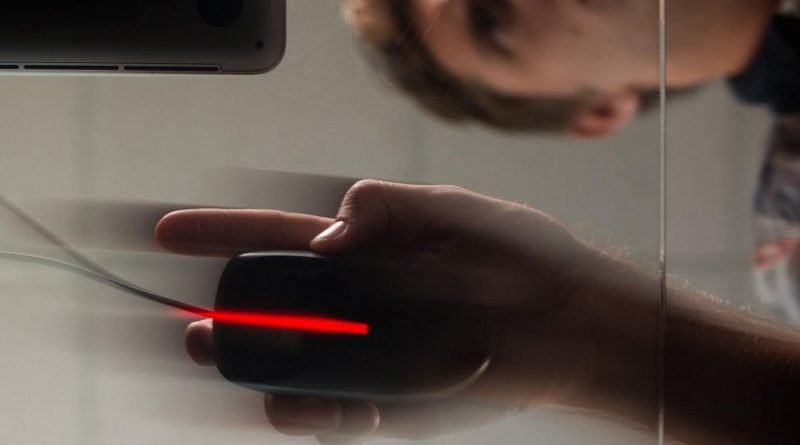 Thanks to advances in modern technology, Jenkins and his colleagues can now gather and process enough data points from your cursor movement to measure those deviations and indicate your emotional state.

“Using this technology, websites will no longer be dumb,” Jenkins said. “Websites can go beyond just presenting information, but they can sense you. They can understand not just what you’re providing, but what you’re feeling.”

According to his research, when users are upset or confused, the mouse no longer follows a straight or gently curving path. Instead, movements become jagged and sudden. Additionally, someone exhibiting negative emotions moves a mouse slower.

Jenkins believes the greatest application of his research (and resulting technology that measures mouse movements) is that web developers will be able to adapt or fix sore points in websites that bring out negative emotions.

In other words, now the folks running the online ticket website that drives you bonkers will know exactly when you throw up your hands and scream.

“Traditionally it has been very difficult to pinpoint when a user becomes frustrated, leading them to not come back to a site,” Jenkins said. “Being able to sense a negative emotional response, we can adjust the website experience to eliminate stress or to offer help.”

Jenkins’ technology has been patented and spun off to a startup company that holds the license. Now he’s in the process of refining it, with details of his latest research appearing in top information systems journal MIS Quarterly.

Coauthors on the study include professors from Germany (Martin Hibbeln), Hong Kong (Christoph Schneider) and Liechtenstein (Markus Weinmann). Joseph Valacich, a professor of management information systems at the University of Arizona, was also a coauthor.

Jenkins said the cursor-tracking concept can also be applied to mobile devices, where swipes and taps replace mouse movement. Although he is still in the early stages of looking at mobile devices, he is encouraged by the massive amounts of data phones and tablets are providing.