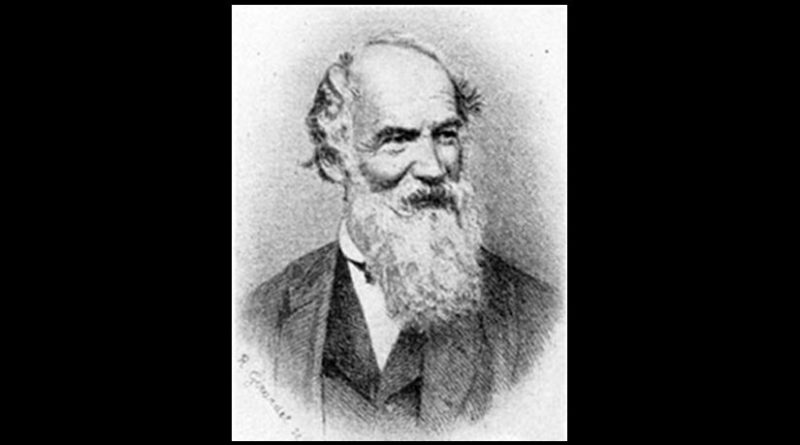 Philippe Suchard, founder of the Suchard chocolate and turron company.

Suchard had no rival in the chocolate turrón market. Every Christmastime in Spain, the confectioner’s TV commercials marked the unofficial start of the holiday season. But after another resounding success for the brand in 2011, market studies suggested that 2012 would be more complicated. The ongoing crisis, dating back to 2007, continued to dampen consumer spending and fierce competition was expected. In addition, the company had claimed it would improve its financial results over last year’s.

In the IESE case study, “Suchard: Made of Your Dreams,” professor Julián Villanueva explains the challenge of this chocolate brand, part of the global snack company Mondelez International, looking to change its advertising model at the height of the crisis.

The market for the traditional holiday sweet, turrón, was considered a mature one. At Christmas 2011, Suchard had detected a slight decrease in sales volume (-0.1 percent) and sales value (-0.5 percent). Among the varieties of turrón — which included hard and soft nougats with various kinds of nuts and chocolates with crispy rice or nuts — the public showed a clear preference for chocolate. And while chocolate turrón accounted for nearly half the turrón market, buyers were beginning to consume other types of chocolate.

The economic crisis did not help. Going into holiday season 2012, the purchasing power of Spanish households had decreased every year since 2007. To make matters worse, the government announced two new measures likely to further cut into consumer spending. First, a sales tax applied to most food products was hiked to 10 percent (from 8 percent) beginning in September. Second, Christmas bonuses for nearly three million civil servants were eliminated.

Consumer spending habits were changing. The company had detected, in particular, that families with children — its target clients — were now buying less turrón, on average. Winning these families back was one of the challenges for Suchard’s 2012 campaign.

The great rivals of Suchard were lower cost, private label brands (PLBs), which were growing without pause in many categories. Some PLBs even went so far as to use creative packaging lines that were very similar to those of Suchard.

Another competitor that could not be ignored was Lacasa. Its main product, called Lacasitos (similar to M&Ms), was a leader in the children’s segment. And it had a wide range of chocolate turrón offerings.

If this weren’t enough, Suchard was also competing with other túrron varieties and chocolate products offered by Nestlé, Ferrero and others.

In these circumstances, Christmas campaigns were always hotly contested battles. The market was rather small and the competition, as well as being very commercially active, had demonstrated extreme skill in their own media campaigns.

Television ads were the focus of most marketing efforts. As turrón is a very seasonal product, most brands used the same creative line and the same commercials for several years in a row.

The battle raged for five intense weeks in which turrón makers not only competed with each other but also fought to be noticed amid the avalanche of seasonal announcements from department stores and the biggest lottery drawings of the year.

Suchard had decades of ad spending in its favor. It enjoyed a level of commitment from its consumers and had a very popular, and very catchy, jingle, which translated as: “This Christmas, chocolate turrón; this Christmas, Suchard turrón.”

But in 2009, Suchard saw sales suddenly dip by 5 percent. This prompted the company to change its communications strategy and abandon its famous jingle.

Its new campaign was titled “Made of your dreams” (Hecho con tus sueños, in Spanish). The goal was to preserve the traditional values associated with the brand while also adapting to modern times. It was based, as was typical in this market segment, on television ads, with some secondary activities on social networks.

In 2011, there was more of the same. Suchard reused the 2010 TV commercial, with minor changes, supplemented by other media activity, a public relations event and a modest investment in digital channels and points of sales. In sum, the campaign was a success. It cost 1.4 million euros, of which 70 percent was spent on TV ads.

Time to Break With Tradition?

In 2012, looking ahead to a Christmas campaign that promised to be difficult, the creative team in charge came up with two possible approaches:

This second option presented a dramatic departure for a company which relied so heavily on television in its marketing campaigns. It also came with a higher price tag, or a reduction in its TV spending, which had worked so well for decades. The creative team was interested in the possibility of taking a risk, but which path would they choose?

Home » Suchard: This Christmas A Farewell To Traditional Advertising?