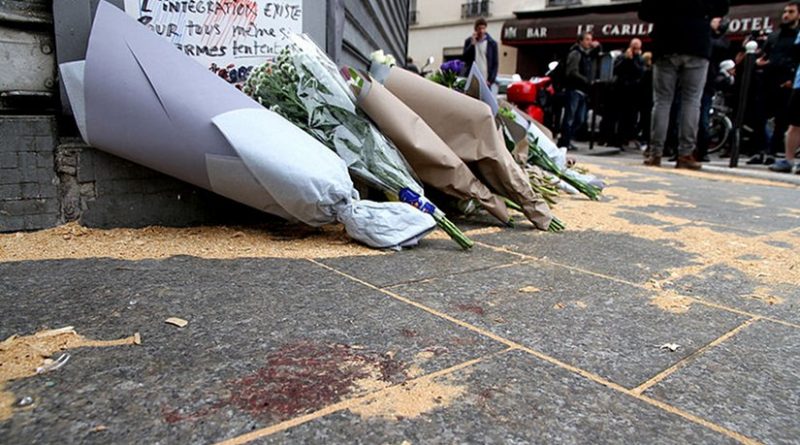 The terror attacks mounted by radicalized groups around the world are exactly that. They are terrifying attacks. By attacking civilians in what would normally be a benign environment they induce feelings of terror in the wider population, which is ultimately their weapon of choice.

As horrific and real and tangible the attacks are, the reality is that they are small in nature, yet the perception is that they are large and therefore many are at risk. For every actual casualty there are many thousands that are terrorized and it is through this terrorization that the real threat presents itself, and it is the polarization of communities and cultures.

For as long as terrorists have existed, which is many centuries, their goal has been to achieve the maximum effect in relation to the number of casualties created. And terrorist attacks do just that. A terrorist attack resulting in less than 200 deaths will prompt messages of sympathy from Heads of State across the world and result in changes to legislation, not just in the target nation, but likely in others also as a result of their shocking and unpredictable nature. The more significant reactions though, will come from the members of the public themselves.

While the involvement of political leaders and the reactions of governments are significant, they are not necessarily as significant as the changes in individual behaviour can be. At one end of the spectrum, people may choose to avoid public events like sporting events or music concerts, or they won’t frequent restaurants or pavement cafes in the same manner that they did. This may not seem like much, but they are having their freedom and their way of life impacted. Much more alarming however, at the other end of the spectrum, communities can quite rapidly become polarized.

As socio-cultural groups become identified as being involved with or responsible for terrorist attacks, other groups will come to distrust and even resent them. Little by little the two groups will be pushed apart creating divisions that are far more dangerous than the terrorist attacks themselves.

Although it is accurate to say that the Paris attacks were committed by radicalized Muslim extremists, it is absolutely not accurate to say that all Muslims are radicalized extremists. But that’s not how everyone sees it. Without understating the importance and the need for prompt and robust action to investigate theses attacks and prevent future attacks we must all strive to resist the polarization that is a real and very tangible threat to our future security.

In the aftermath of the 13th November attacks we have seen many positive acts by many individuals. From tweets offering shelter in Sikh Temples for those unable to get home as a result of the attacks to people adding the French or Lebanese flag to their Facebook profile picture with the hashtag Pray For France, or Pray for the World, there have been countless acts that show support for those affected. Sadly there have also been calls to restrict immigration and other unfounded negative responses aimed at Muslim communities, many of whom have been resident in western countries for generations.

With less than 1% of Muslims being radicalized and only a percentage of those being prepared to commit acts of violence, blaming all Muslims for the terrorist attacks is not just a mass over generalization but it is also a damaging and polarizing act. And when any cultural, ethnic or religious group starts to feel isolated there is a very real risk that communities will move further apart becoming increasingly polarized and as they do, levels of both understanding and trust decrease.

This doesn’t mean that we should throw open the gates and admit uncontrolled numbers of Syrian and other immigrants, but we mustn’t isolate existing communities either. Because if we do we will be creating the exact conditions needed for radicalization to fester creating the biggest security risk that we have seen in recent years. And the radicalization won’t necessarily be confined to single group, it can happen in any group, as wherever we see isolated and polarized communities in the world we also see conflict. As we face the challenges of radicalization we must work harder than ever to ensure that our communities don’t become polarized, because if they do, the terrorists win. And then we all lose.

About the author:
*Matt Williams is a Geopolitical Analyst, Military Veteran, Law Graduate and Co Founder of Global Intelligence Solutions

Source:
This article was published at Modern Diplomacy.

One thought on “The Biggest Threat We Face Right Now Is Not Terror, It’s Polarization – OpEd”