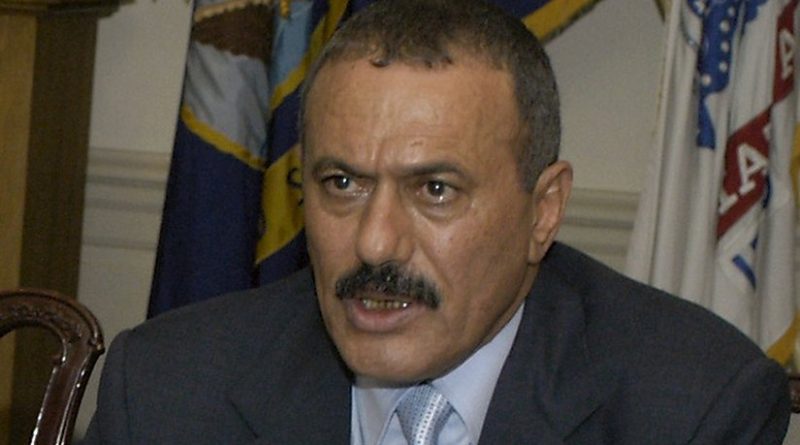 The death of Ali Abdullah Saleh has opened a new chapter in Yemen’s conflict, depriving the Zaidi militants of their once powerful ally. More than the tragic humanitarian situation — including a massive cholera outbreak on top of acute shortages of food, water, medicine and fuel — it was last week’s execution of the former president by the Houthis that brought renewed international focus to Yemen’s dramatic crisis.

“It’s in the interests of everybody to stop this war,” UN Secretary General Antonio Guterres remarked to CNN just a few a days ago. “What we need is a political solution.”
The UN secretary general is right to stress the urgency and to point out that the ultimate solution to the conflict can only be a political one. The UN and, more broadly, the international community have a potentially important role to play in the efforts to reach it.

However, previous peace initiatives have elevated the Houthis to an unwarranted status, while failing to place the necessary pressure on the militant group to retreat and abandon its radical and unrealizable agenda.

On this front, there has been a gap between UN Security Council resolutions on the conflict, chief among them Resolution 2216, and the various rounds of negotiations in Geneva, Muscat and Kuwait City since 2015.

Resolution 2216 sets unequivocal demands on the Houthis, including abandoning all areas seized since the beginning of the conflict and relinquishing all arms seized from military and security institutions. It also demands the Zaidi militants “refrain from any provocation or threats to neighboring states, including through the acquisition of surface-to-surface missiles” and “end the recruitment and use of children” in their militia’s ranks.

Yet the various rounds of negotiations have given undue prominence to the Houthis and their grievances and demands. Although militarily they are a key part of the conflict, ever more so with Saleh out of the picture, the Houthis bear the main responsibility for Yemen’s collapse. They are the only faction among various, such as Al-Islah or Al-Hirak, to have ditched outright the outcomes of the political transition process and the National Dialogue Conference, in which they participated.

Politically, the Houthis are more isolated than ever. By killing Saleh, their alliance with the segments of the General People’s Congress still loyal to the former president lies in tatters. The Houthi leadership’s flimsy claim that they represent a significant proportion of Yemenis and mainstream Zaidi interests has lost any semblance of credibility.
Their strong ideological and operations links to Iran and Lebanon’s Hezbollah, often downplayed by analysts as Gulf paranoia or exaggeration, are now overwhelmingly evident. It is the explosive mixture of radicalism and populism, quite characteristic of Khomeinist ideology, that has driven the Houthi leadership down the path of trying to revive the Imamate in north Yemen.

Even the UN now acknowledges Iran’s hand in transferring ballistic missile technology to the Houthis. Last week, reports of the death of an Iranian missile expert in Sanaa were confirmed.

Neither Yemenis themselves nor their Arab neighbors are open to the once unthinkable scenario of half the country being controlled by the Houthis as an armed group. There is no place for another Hezbollah in the south of the Arabian Peninsula. Understanding this is key to understanding the conflict and how to resolve it. There is also the urgent issue of governance and the provision of basic services, which the Houthis have revealed themselves to be utterly incapable of delivering.

By now, it should be evident there is only one way forward: The Houthi leadership must dissolve its militias, disarm, and return to its origins as a political party without an armed wing a la Hezbollah.

A crucial obstacle in the previous rounds of negotiations was disagreement between the Yemeni government and the Houthis on the implementation of the peace plan, namely whether the Houthi withdrawal and handover of seized weapons should precede a new political process or happen in parallel with it. But even this hurdle was overcome, with the Yemeni government agreeing to proceed in parallel.

The example of Lebanon, where Hezbollah has become a state above the state, should provide a cautionary tale about the consequences of the institutionalization of a militant group as a political party without relinquishing its military capabilities and abandoning its radical agenda. Preventing this scenario in Yemen requires pressure from the international community and would be a key step to reaching the urgent solution millions of Yemenis desperately need.

• Dr. Manuel Almeida is a political analyst and consultant focusing on the Middle East. He is the former editor of the English online edition of Asharq Al-Awsat newspaper and holds a Ph.D. in International Relations from the London School of Economics and Political Science. Twitter: @_ManuelAlmeida