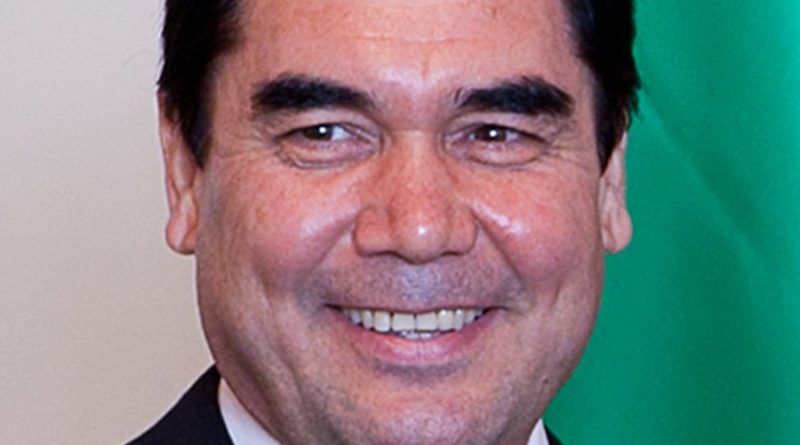 Turkmenistan is by far the most closed country among the post-Soviet states, and information about what is going on there is scarce and typically speculative. But a close student of the country says Gurbanguly Berdimuhamedow may be preparing to transfer the presidency to his son and that unhappiness with his totalitarian regime is growing.

Ruslan Tukhbatullin, editor of the Turkmenistan Chronicle portal (hronikatm.com),  says that the recent announcement that the current Turkmenistan president wants to reform the parliament suggests he wants to introduce constitutional changes that would allow him to become prime minister and hand off the presidency to his son Serdar (platon.asia/spetsproekty/v-turkmenistane-rastut-protestnye-nastroeniya).

The most obviously needed change would be to reduce the age a president must be. At present, the constitution says a president must be 40. Serdar is only 39.  But if that change were made so too might be others that would change the balance of power away from the president to the office of the prime minister, although no one has said what these might look like.

In other comments, Tukhbatullin says that inflation while very high – 540 percent over the last three years or so – has not yet passed into hyper-inflation. But people are suffering and unhappy.  But they are not at the stage of being ready to protest given the regime’s coercive powers and the culture of obedience they have been raised on.

At the same time, however, there is one piece of evidence suggesting that the gap between the population and the regime is widening, the portal editor says. “If earlier in the few political discussions on social networks, defenders of the regime were encountered, now they are nowhere to be seen.”

Tukhbatullin also said that Ashgabat’s much-ballyhooed “neutrality” is really “isolation.”  The regime will sometimes cooperate with Russia but won’t make even the cosmetic changes in its rule that would open the way for greater interaction with the European Union and the United States.