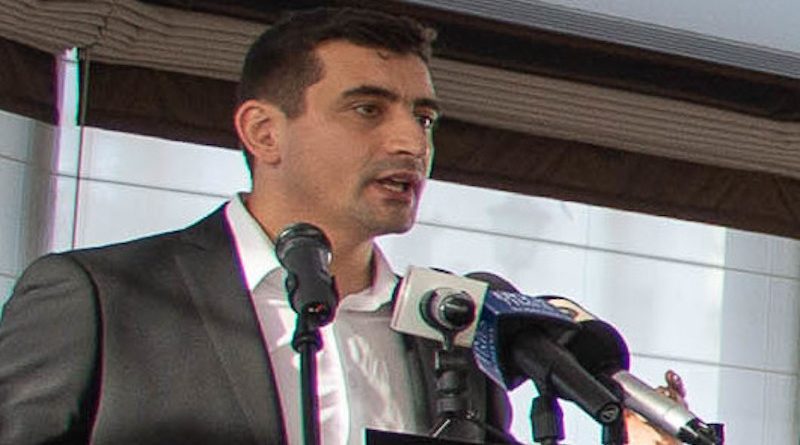 The shock entry of the right-wing AUR – “gold” – party into parliament puts paid to the fond but unreal notion that Romania could forever escape the far-right trends transforming politics across Europe.

Romania’s latest parliamentary election managed to break two records in the country’s politics: it was one of the most uneventful and unengaging campaigns ever, and the turnout of 32 per cent was the lowest in its 31 years of democratic history.

Despite this, the outcome was nevertheless surprising. Some of the most “traditional” parties, like former President’s Basescu Popular Movement Party and former PM Victor Ponta’s Pro Romania did not even cross the threshold into parliament.

Despite the importance of the vote last Sunday, which threatened the cycle of Social Democrat domination in parliament, the electorate proved tired after three elections – presidential, local and parliamentary – in under a year.

Moreover, although the COVID situation raised concerns, it appears that the main deterrent for voters was the unappealing political offer that envisaged few or unclear reforms and no obvious solutions to pressing economic and health-related issues.

Another major deterrent was that polling day was held on the same day as one of the most popular religious holidays in the country, the feast of St Nicholas, when many Romanians celebrate their name-day.

Despite the claims of President Klaus Iohannis that there was no clear winner of the election, there were, in fact, only losers and just one big winner.

The first major loser was the Social Democrats, PSD, who after losing two elections in the last year decided to go under the radar and for once not stir up voters against it right before elections.

But, even though it eliminated some of its most controversial members from the lists and refrained from the old dirty political attacks, its support fell from 45 per cent in the last parliamentary elections to just 29 per cent today.

After losing a lot of city halls in late October, with a divided leadership and with health restrictions preventing much direct interaction with the voters, the party found it hard to rally support. Even after winning more votes than any other party, the Social Democrats are likely to remain in opposition.

The runner-up, the ruling National Liberals, PNL, with 25 per cent, received far less votes than expected, an obvious electoral slap in the face for its handling of the pandemic.

Both President Iohannis and PNL Prime Minister Ludovic Orban pushed for these elections in early April, before the pandemic restrictions could erode their public support and while the electorate seemed eager to vote against the PSD.

During the campaign, President Iohannis was vocal about his desire to diminish the Social Democrats’ sway in parliament, and was accused of de facto campaigning for the Liberals, which was also the conclusion of the observation mission of the OSCE.

One day after the vote, Orban presented his resignation as PM and named Minister of Economy Florin Catu as his interim until new majority negotiations are complete.

Catu was nominated for this position once before, in early March but declined in order to make room for his party boss, Orban.

The third biggest loser was the Save Romania Union, USR. It won an unexpected number of votes in the October local elections but failed to convey a coherent message for the parliamentary elections.

Along with the PNL, USR is still expected to be part of the next parliamentary coalition, however, even though their demands may prove hard to implement within a coalition government.

One is eliminating convicted political figures from public office, eliminating special pensions for the MPs and cutting the number of MPs from 509 to 300 in deference to the result of a referendum in 2009.

All of these policies would displease some of the more established members of the PNL who stand to lose from their implementation.

New party but with old roots

The great winner of the elections is a newcomer with old roots in Romanian politics – the Alliance for the Union of Romanians – AUR  – which means “gold” in Romanian.

Virtually unknown until the publishing of the exit polls last Sunday, the party identifies with conservative nationalist doctrines, while its members’ rhetoric would place it in the far-right section.

Founded in 2019 and having gained only between 0.29 and 0.43 in the local elections, AUR won a surprising 9 per cent of the votes in the elections to parliament,  becoming the country’s fourth biggest party overnight.

Its stark ascent on the scene is explained by a concert of circumstances: while Romania’s politics seemed to escape the grip of extremist parties, it did not. In the past 20 years, multiple parties attempted to coagulate a nationalist, conservative, Orthodox Christian and anti-immigration electorate, and failed mostly because of political inaction.

As these parties slowly left the political scene, the PSD became the main caterer to extremist interests, especially under its former chairman, Liviu Dragnea.

After Dragnea was sentenced to prison in 2019, the PSD, in an attempt to shed the legacy of its former leader, abandoned the extremist discourse and that part of the electorate.

Meanwhile, the pandemic and the restrictions that have followed have reactivated the extremist, nationalistic part of the electorate, fueling it with conspiracy theories. AUR members that endorse those conspiracies, at least at a statement level, have used this to their advantage.

A third element that comes into play and unequivocally cemented the victory of AUR is the Romanian Orthodox Church.

Due to differences over the pandemic restrictions, the political elite and the Church, traditionally good if unofficial allies, split apart in 2020. Under public pressure, and in a looming electoral year where no mistakes could be afforded, the government gave no ground to the Church on the matter of church services.

In turn, the Church, an established political player, refused to obey most governmental restrictions and endorsed world-wide conspiracies that the pandemic was being used against it.

Summoned to services and gatherings by priests, and then fined by police for not respecting restrictions, part of the population was radicalized against the mainstream political parties. The outlet for this dissatisfaction was the AUR, which not only used that dissatisfaction but, with the help of the Church, managed to run a traditional campaign, especially amongst worshipers.

The Romanian Orthodox Church is a well-known player in politics having unofficially campaigned for trending political parties before.

This year brought multiple changes in that respect: the sudden shift between Social Democrats and Liberals with the addition of the pandemic resulted in no political backing and, more importantly, no financing for the Patriarchate. That is why the Church most likely threw its weight behind the AUR.

The main difference between the AUR and other far-right parties is not just the support of the Church but also the way its members and two presidents present themselves to their electorate.

George Simion, one of the two chairmen, is a former football fan leader, arrested and fined for hooliganism in the past. He first came to public attention in 2012 when he started a radical movement that backed joining Romania and Moldova – which was part of Romania between the two world wars.

Banned from Moldova on grounds of extremism, in 2019 he ran for Romania’s parliament as an independent. The other co-chairman, Claudiu Tarziu, is a writer who disregards women and describes today’s society as based on a neo-Marxist ideology.

The fact that AUR has stormed into parliament is no surprise; the fact that it managed to fit all the various extremist ideologies under its umbrella is a real feat.

In the end, the trends that promoted far-right parties across Europe were bound to hit Romania, and the fact that AUR managed to get into parliament on the first try can only be positive.

It means that the party will avoid electoral frustration and further radicalization and its future undertakings will have to be made as part of the democratic system instead of in the shadows.

The fact that only 2.1 per cent of the AUR vote came from the elderly is more worrying. That means their electorate is young or middle-aged.

At the end of the day Romania’s democratic system, built on the skeleton of the communist one, has the capability to absorb this social extremity and even engulf it without risking further radicalization.

After four years of AUR in parliament, four years where its main sparring partners will be the Hungarian minority UDMR party, the PSD will have room to reinvent itself for far-right voters, and regain the votes it lost to AUR.

The motto that things can always get worse is a mantra for Romanian voters generally. Always, they seem to find themselves choosing between bad and worse.

*Bogdan Nedea is an independent foreign policy analyst and an expert on the former Soviet Union countries. During the past decade he has published and co-authored several works on energy security, religious radicalisation and conflict analysis.

The opinions expressed are those of the authors only and do not necessarily reflect the views of BIRN.