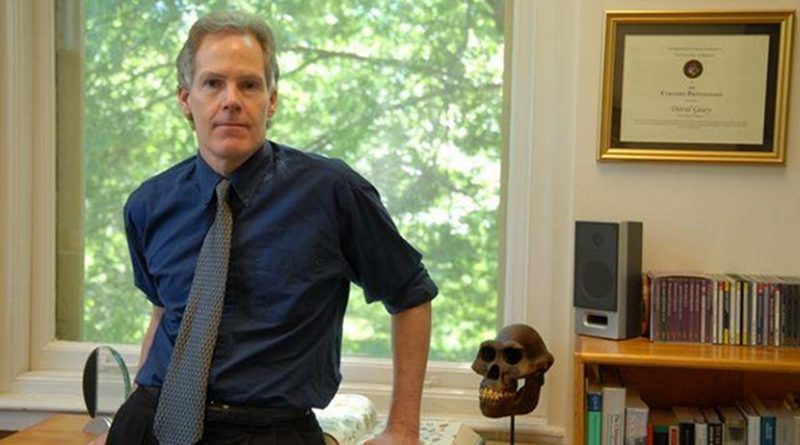 David Geary and his team found that as societies become wealthier and more gender equal, women are less likely to obtain degrees in STEM. Credit: MU College of Arts and Science

Now, researchers from the University of Missouri and Leeds Beckett University in the United Kingdom have found that as societies become wealthier and more gender equal, women are less likely to obtain degrees in STEM. The researchers call this a “gender-equality paradox.” Researchers also discovered a near-universal sex difference in academic strengths and weaknesses that contributes to the STEM gap. Findings from the study could help refine education efforts and policies geared toward encouraging girls and women with strengths in science or math to participate in STEM fields.

The researchers found that, throughout the world, boys’ academic strengths tend to be in science or mathematics, while girls’ strengths are in reading. Students who have personal strengths in science or math are more likely to enter STEM fields, whereas students with reading as a personal strength are more likely to enter non-STEM fields, according to David Geary, Curators Professor of Psychological Sciences in the MU College of Arts and Science. These sex differences in academic strengths, as well as interest in science, may explain why the sex differences in STEM fields has been stable for decades, and why current approaches to address them have failed.

“We analyzed data on 475,000 adolescents across 67 countries or regions and found that while boys’ and girls’ achievements in STEM subjects were broadly similar in all countries, science was more likely to be boys’ best subject,” Geary said. “Girls, even when their abilities in science equaled or excelled that of boys, often were likely to be better overall in reading comprehension, which relates to higher ability in non-STEM subjects. As a result, these girls tended to seek out other professions unrelated to STEM fields.”

Surprisingly, this trend was larger for girls and women living in countries with greater gender equality. The authors call this a “gender-equality paradox,” because countries lauded for their high levels of gender equality, such as Finland, Norway or Sweden, have relatively few women among their STEM graduates. In contrast, more socially conservative countries such as Turkey or Algeria have a much larger percentage of women among their STEM graduates.

“In countries with greater gender equality, women are actively encouraged to participate in STEM; yet, they lose more girls because of personal academic strengths,” Geary said. “In more liberal and wealthy countries, personal preferences are more strongly expressed. One consequence is that sex differences in academic strengths and interests become larger and have a stronger influence college and career choices than in more conservative and less wealthy countries, creating the gender-equality paradox.”

The combination of personal academic strengths in reading, lower interest in science, and broader financial security explains why so few women choose a STEM career in highly developed nations.

“STEM careers are generally secure and well-paid but the risks of not following such a path can vary,” said Gijsbert Stoet, Professor in Psychology at Leeds Beckett University. “In more affluent countries where any choice of career feels relatively safe, women may feel able to make choices based on non-economic factors. Conversely, in countries with fewer economic opportunities, or where employment might be precarious, a well-paid and relatively secure STEM career can be more attractive to women.”

Findings from this study could help target interventions to make them more effective, say the researchers. Policymakers should reconsider failing national policies focusing on decreasing the gender imbalance in STEM, the researchers add.